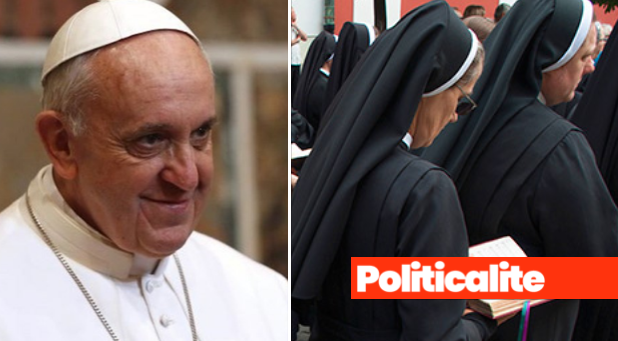 POPE Francis has admitted shocking cases of sexual abuse within the Catholic Church.

He admitted that priests sexually abused nuns, and some were even kept as sex slaves. c

Pope Benedict was also forced to shut down an entire congregation of nuns who were being abused by priests.

He said the Church was attempting to address the problem but said it was “still going on” reported the BBC.

“Pope Benedict had the courage to dissolve a female congregation which was at a certain level, because this slavery of women had entered it – slavery, even to the point of sexual slavery – on the part of clerics or the founder.” said the Pope.

Adding that the sexual abuse of nuns was an ongoing problem.

“I think it’s still taking place because it’s not as though the moment you become aware of something it goes away.”