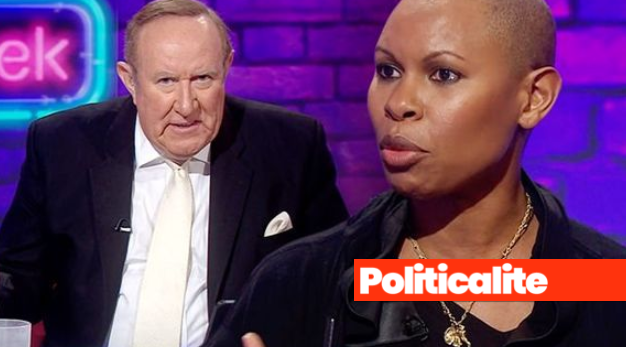 During the heated live TV debate with ex-Work and Pensions Secretary and Brexiteer Ester McVey, the singer said “Brexit voters did not know what they were voting for.”

The singer said: “for me, especially as a black person, I’ve felt that, number one, I’ve felt that people didn’t really understand what they were voting for.”

“And for me the person who seemed to be up there talking about it and lauding it was Nigel Farage, a confessed ex-Nazi.”

Andrew Neil shot back saying: “No, Nigel Farage is not a Nazi.”

Skin replied: “Didn’t he say he made mistakes in his youth?”

“Hold on, Skin. Nigel Farage can be many things but you cannot say that because that is a really, really serious claim and it is not true.” said Niel.

In response, Skin said: “Okay, I take that back. I rewind on that bit but he is someone whose politics I find very very dubious – let’s say that.

“It’s especially when you think about the huge poster which was supposed to be people from Syria coming into our country – that is based on fear.”

Mr Neil then quickly concluded the interview and said: “I am going to have to represent the schedulers here because we are running out of time. Our lawyers have also broken into a cold sweat.”