COMMENT: It's Time Trump Did The Honourable Act of Stepping Down, Before He's Removed
Advertisement 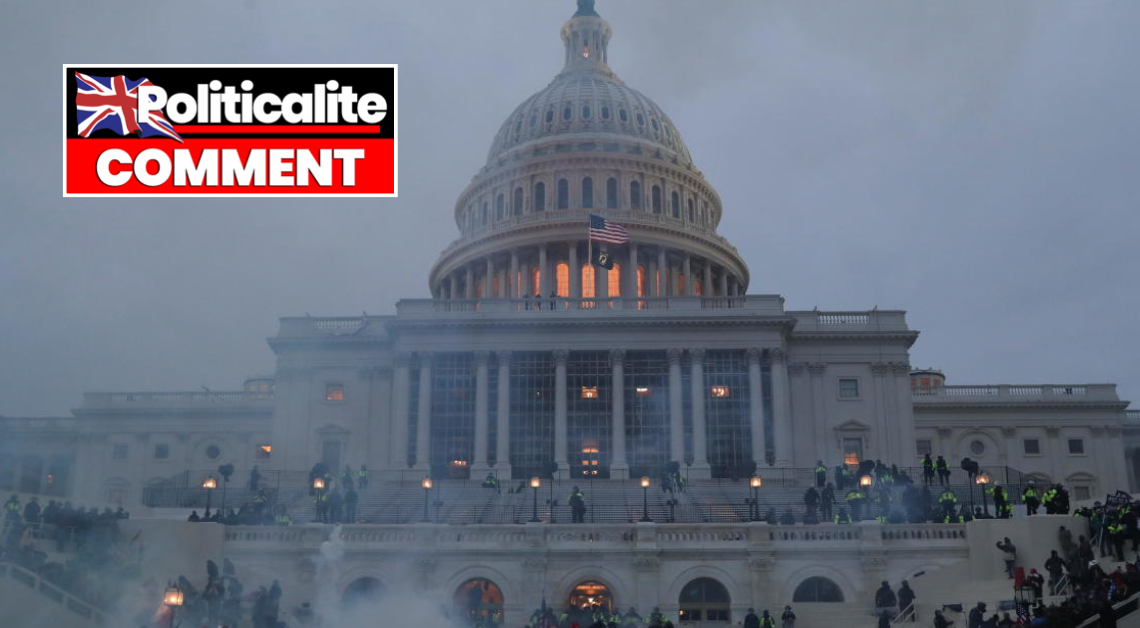 A HANDFUL of violent Trump supporters lost control in America’s capital yesterday and tried to stop democracy in action, even if we don’t like the result of the Democratic vote in America, we have to accept it.

Mr Trump’s Election and Brexit have often been said to go hand in hand. The will of the people, getting democracy after decades of failed governance by Establishment politicians, the thing is, now Mr Trump is going against the will of the American people.

If Mr Trump holds on to power and the US Election result and democratic systems are sidelined, we will set a dangerous precedent for the future. Despite supporting Mr Trump and his populism, we must remember that America – the beacon of democracy and freedom in the west, and Britain have in the past  gone to war with dictatorships.

We have been the worlds policemen and have ousted un-democratic leaders in foreign lands. Mr Trump is starting to act like a despot. His caravan of supporters are often compared to those in some parts of the ISIS controlled middle-east.

How can we call out dictators, whilst allowing Mr Trump to over-ride democracy with violence and intimidation to stay in power? Is his thirst for power really for the people? or is it for his own gain? Will the left-behind American people really benefit if Trump over-rides democracy?

Violence and fear must never prevail and for the sake of America, its time Mr Trump either stood down or conceded. We have supported Donald Trump since his incredible win in 2016, we have loved to cover his unique way of running the greatest country on earth, we even explored his claims of voter fraud, but he failed to deliver in court.

His claims turned out to be a big greasy “nothing burger” and despite making politics great again, the violence seen in America’s capital last night, the home of freedom, can never be promoted, or accepted as the norm. Enough is Enough.

The four-year Trump experiment has ended in disaster and instead of gracefully admitting defeat and allowing a peaceful transition of power, Mr Trump has made baseless claims of voter fraud that he has so far failed to back up in court.

We would have loved nothing more than for Mr Trump to have exposed the Democrats and proved his claims of voter fraud, but he came up short. How can anyone continue to support the President when he cannot provide proof of his claims?

With a heavy heart… Times up, Mr President.