COMMENT: The Royals CAN Benefit Jamaica... if Wills Keeps His Modern Voice
Advertisement 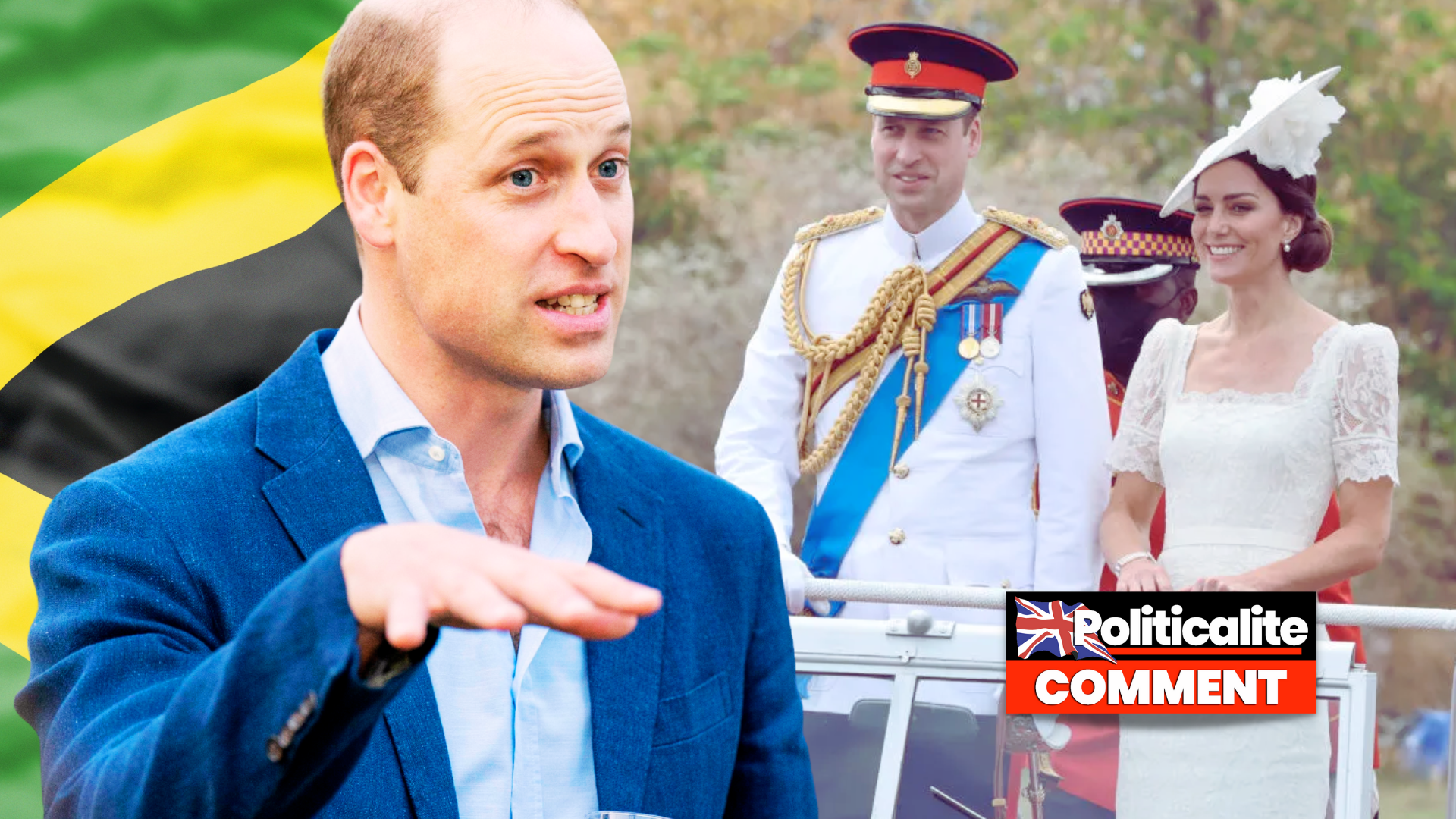 PRINCE William has got it spot on when it comes to Caribbean tensions, showing how the Monarchy can utilise the modern trend of mass collective political action and opinion to appear “in touch” with the political climate, rather than the Royals dated “never complain, never explain” mantra.

Both William and Kate have been aware of the protests and the voices of opposition — as well as the calls for reparations for Britain’s role in the slave trade — and have been listening as they moved through the three countries this week.

He also vowed to be more vocal about the criticisms from Islanders – one major problem was the Queen’s “lack of action” and “hands-on approach”, now Willis is paving the way for the future of the Monarchy.

He said: “I know that this tour has brought into even sharper focus questions about the past and the future. In Belize, Jamaica and The Bahamas, that future is for the people to decide upon,”

And, whatever the future holds for the countries William and Kate visited this week, the Duke of Cambridge reiterates his hope that the 54-nation Commonwealth — the voluntary body of mostly-former colonies loosely linked to Britain — will continue to “create a better future” for its people.

“Foreign tours are an opportunity to reflect. You learn so much. What is on the minds of Prime Ministers. The hopes and ambitions of school children. The day-to-day challenges faced by families and communities,” William began his statement.

“I know that this tour has brought into even sharper focus questions about the past and the future. In Belize, Jamaica and The Bahamas, that future is for the people to decide upon. But we have thoroughly enjoyed spending time with communities in all three countries, understanding more about the issues that matter most to them.

“Catherine and I are committed to service. For us that’s not telling people what to do. It is about serving and supporting them in whatever way they think best, by using the platform we are lucky to have.

“It is why tours such as this reaffirm our desire to serve the people of the Commonwealth and to listen to communities around the world. Who the Commonwealth chooses to lead its family in the future isn’t what is on my mind. What matters to us is the potential the Commonwealth family has to create a better future for the people who form it, and our commitment to serve and support as best we can,” he concluded.

It has been a complex week for the royal couple. While they have met smiles and cheers wherever they have gone, there has also been an undercurrent of controversy.

The tour has seen protests over colonialism and calls for dropping William’s grandmother Queen Elizabeth as head of state in Jamaica.

Earlier in the tour, and following protests in Jamaica, William, 39, expressed his “sorrow” at the “abhorrent” history of slavery that shames the U.K. — though for some, he didn’t go far enough and actually apologize.

On Friday night, William gave another speech, acknowledging that “relationships evolve” between the U.K. and the Caribbean countries, but “friendship endures.”

William’s statement on Saturday came as he and Kate concluded their eight-day tour with outings in The Bahamas.

They visited islands still coping with the aftermath of Hurricane Dorian, met locals and saw groundbreaking work being done to restore coral reefs.