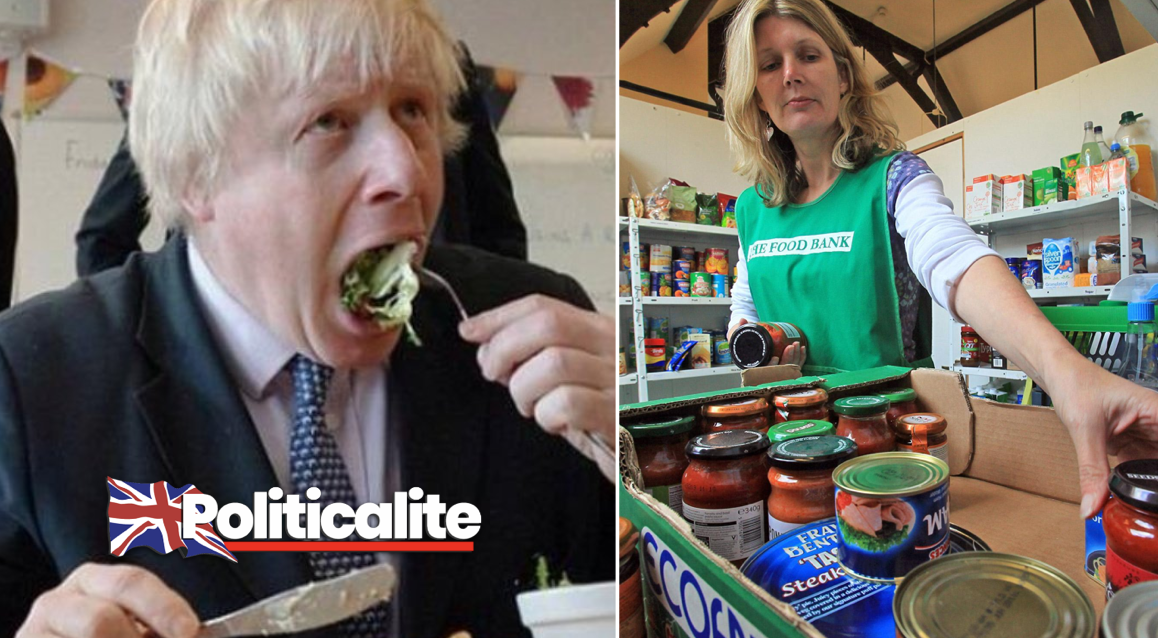 THEY say it’s grim up North, for most that’s a lie. It might be tough but the working-class always come together to help the poorest in their time of need.

This week it was reported that Boris Johnson was so fed-up with his ‘measly’ £150k Prime Ministerial salary that he’s mulling quitting after taking a massive pay-cut from his £275,000-a-year salary for his column in the Daily Telegraph – as he and Carrie could not afford a Nanny. Yes, this is the conman that many of us believed would ‘Level-Up’ the UK. Now he’s committed to levelling down the North.

In politics, journalists often get wined and dined. I’ve eaten in some pretty decent eateries across the UK, especially in Manchester and London. I’ve been wined and dined in places like Berners Tavern and the Ting Restaurant at the Shangri-La at The Shard for example. One thing that I yearned for? Normal f*cking food with proper Bisto gravy. It’s a Northern thing.

I missed the normality of every-day life, community and family. Whilst it’s nice to eat in some of the finest boozers, it’s even nicer to eat a Sunday roast with your neighbours who can’t afford one. That’s what the working-class do. They come together in times of need. They help one another.

We don’t ask questions, we don’t ask why, we don’t tell a young mother or father struggling to make ends meet to “get a better job” or to “stop smoking fags” or to “be more responsible” we simply help, where we can.

When one family on the street is struggling, most will help to feed that families kids. We’ll give them a bottle of milk, we’ll hand them second-hand clothes, that’s the working-class way. Most have known for generations that the Tories will never come to our rescue, but they made the Red Wall North believe that at the last Election.

Now it seems that the Tories want to break up Britain and divide society and community. They want to pit us against one another in a Hunger Games-esuqe sport. Believe me, I’ve spent time around enough Tory activists to know this to be the case.

Whilst sitting Tory MP’s sniff cocaine, pop ecstasy and sh*g rent-boys and prostitutes in £450-a-night Hotel rooms, they’ll wake up, jump in their chauffeur-driven car and go and vote down helping the poor in the Commons. This is how they run the country.

It’s no surprise they voted down feeding the poorest in our society yesterday, but make sure you remember every attack on the working-class amid this pandemic, and make them pay at the next Election.

One thing worse for the Conservatives than feeding the poorest, is a Labour Government in Number Ten.