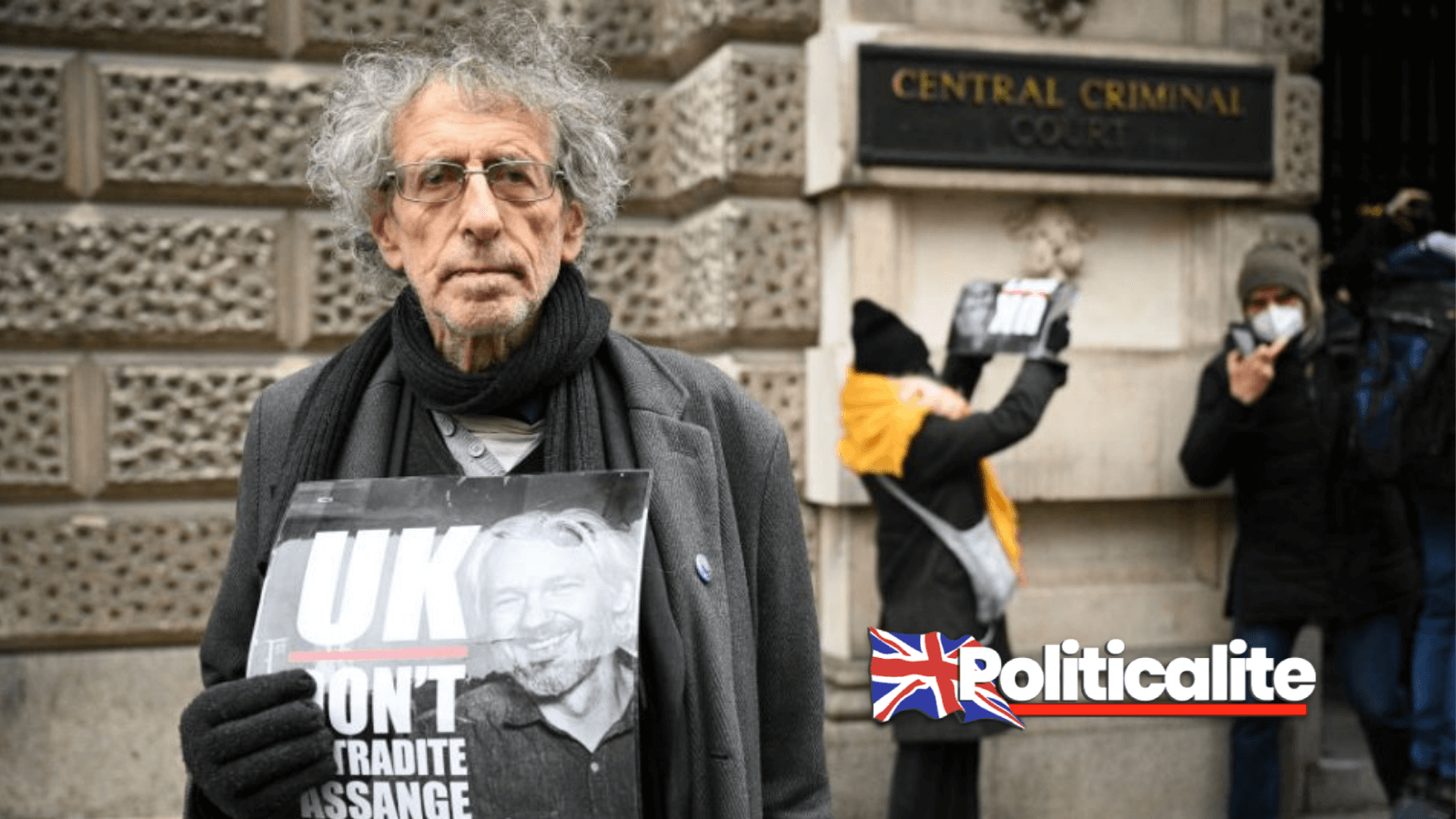 JEREMY Corbyn’s brother has been arrested over posters on which his name appears comparing vaccines to Auschwitz – the Nazi death camp that helped exterminate millions of Jews.

Police have confirmed “officers investigating reports of malicious material in the form of a leaflet being circulated in south London in late January have made two arrests.”

“A 73-year-old man was arrested in Southwark on Wednesday, 3 February on suspicion of malicious communications and public nuisance.”

Another man, 37, “was arrested earlier the same day in Bow, east London, on suspicion of a public order offence.”

“Both men were taken to a south London police station. They have since been bailed to return on a date in early March.”

“The leaflet contained material that appeared to compare the Covid-19 vaccination programme with the Holocaust.”

Corbyn, 73, who is an anti-vaxxer and anti-climate change activist, who has been arrested on numerous public disorder charges of late, came up with the idea for the poster which depicts Auschwitz, yet changes its infamous phrase at its gate from ‘Arbeit Macht Frei’ (‘work sets you free’) to “vaccines are safe path to freedom”. 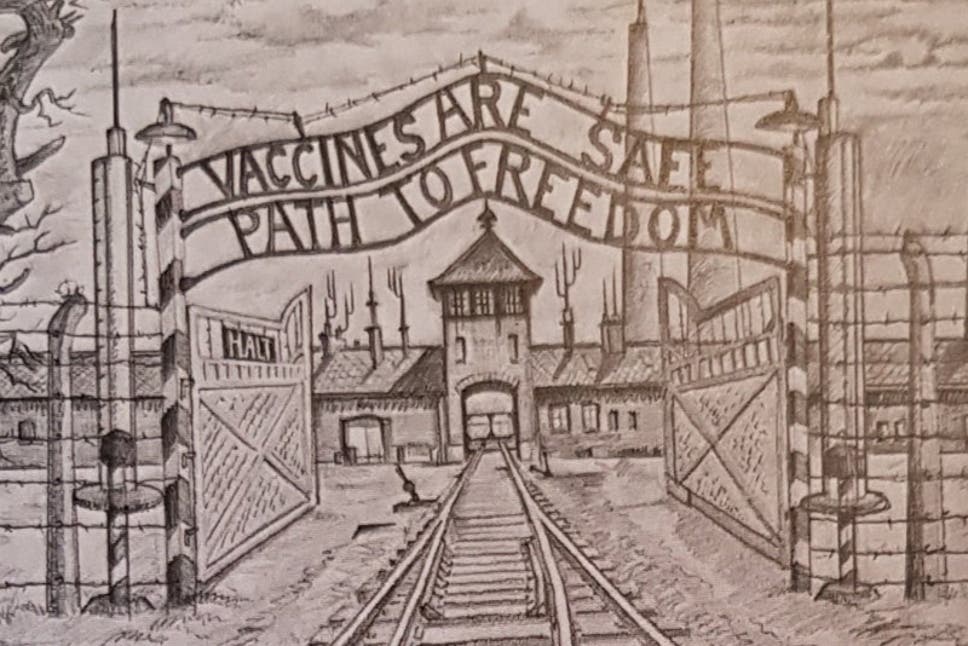 Underneath the illustration, which uses the Evening Standard’s name and logo, it says ‘concept idea Piers Corbyn and drawing by Alexander Heaton’.

The leaflet was reported to police by Labour’s Neil Coyle, MP for Bermondsey & Old Southwark, who said he was “absolutely sickened by anti-vax conspiracy theory crackpot leaflets put through some doors in SE17 today. Sickening when people trying to stay home and safe. Hideous imagery and asking Southwark Police for action against these disgusting, dangerous cranks”.

Mike Katz, the National Secretary of the Jewish Labour Movement said on Twitter that it was “beyond disgusting. Vile and dangerous. The only thing that isn’t surprising about the conspiratorial crank depths this sinks to is the fact that Piers Corbyn is behind it.”