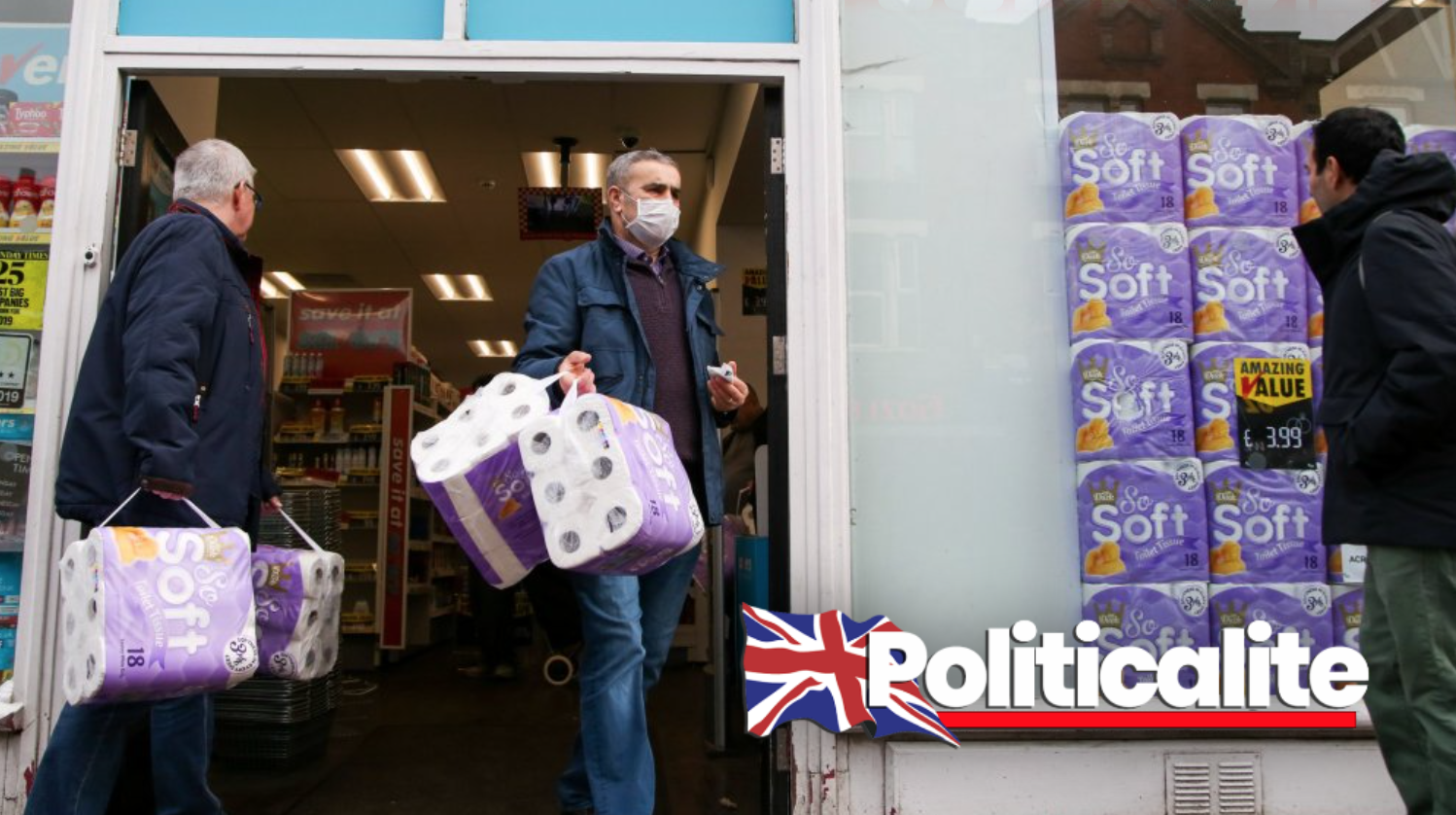 HISTORY shall bear witness, when push came to a shove, Great and mighty Britain chose its priorities. Toilet roll!

It is the time of the mysterious loo roll shortage, except that it isn’t-it’s herd mentality resulting the very worst of humanity as viral

for £10.00 as a conservative starting point.

Why are people ransacking shelves over the country to pack their rooms high to the ceiling with toilet rolls?

The COVID-19 virus is a nasty infectious disease, but its high-infection rate and fast spread hasn’t been as deadly as some of the other previous outbreaks in recent memory. The actual death rate isn’t as bad as SARS, Ebola or MERS, even though the disease spreads much faster due to its unique characteristics.

But I think the most unique thing about the COVID-19 outbreak, is that it occurred in 2019, when a lot more average people are more likely to tune in to the internet and social media than a decade or so prior, when these other outbreaks happened.

The internet mechanism of the early 2010’s and prior is nothing compared to the highly-visible and influential network of today, and the journalists [some of whose salaries we fund] seek to profit off of it.

People are panicky, irrational creatures and have a tendency to blow even trivial matters out of all proportion but fear over this new form of the common cold is being hyped in the media and so people are feeling a greater level of concern than is warranted for this type of disease and so this is their response. They feel like they are doing something to prepare.

In any population there are doomsday preppers who believe that the end is coming and so aim to stockpile essentials so they can be self sufficient while they are waiting for the chaos to die down. Some doomsdayers are preparing against the chaos caused by the disease itself, others are preparing for the chaos caused by the response of governments/health departments, e.g., travel bans, quarantines, economic disruption.

When normal people see essential products are in short supply, the hoarding response gets activated in them so they don’t get caught short, they themselves seek to stockpile the items which are in shortage. In this case it has nothing to do with the disease or any perceived disruption to the supply chains as a result of government response, it is just to make sure they have toilet paper when they need it since supply has become uncertain.

It isn’t needful at all. It is a perceived need.

The general population doesn’t deal with panic well, and people are panicking over the Coronavirus. It is all media driven, of course. The media likes to sell papers (or these days, get clicks). It’s how they make money. So they just love reporting the worst of the worst news, and people love reading it. So the Coronavirus is painted as a potential human disaster with potential apocalyptic results.

Where is the talk of British spirit and perseverance, the optimism that crushed fascism and sent Hitler packing deep into his bunker?

Now a sensible person would stockpile lots of paracetamol and ibuprofen. You know, things that can help you if you catch the virus. A slightly more paranoid person may stockpile long-life food. Not exactly needed, but not totally out of the question. So why are people stockpiling toilet paper when you can survive perfectly well without it?

The psychologists have the answer. It’s control. The mass hysteria and panic has left the public with a feeling of lack of control. And as ever, when people feel a lack of control, they carry out actions to regain control again. Buying toilet paper is that action. But why toilet paper? Well, bowel movements are the very basics of human behaviour, and mass hysteria tends to roll back to basics.

With the false perception that humanity will have to resort to foraging and hunting for food and sundry items, having a huge stock of toilet paper will be what will separate these people from the animals. The situation is under control again because the household will have toilet paper through thick and thin. They’re still humans, and still live the high class life.

Of course, it is all a load of rubbish. Even if there was a completely unlikely chance of an apocalyptic scenario, toilet paper is one of the things that people will be able to survive without just fine. But it’s too buried in the human mind to be able to overcome with sense and rationality.

It’s time to embrace the British spirit of blistering efficiency, coolness of mind, heart and spirit and ferocious tenacity. That’s what will get us through.