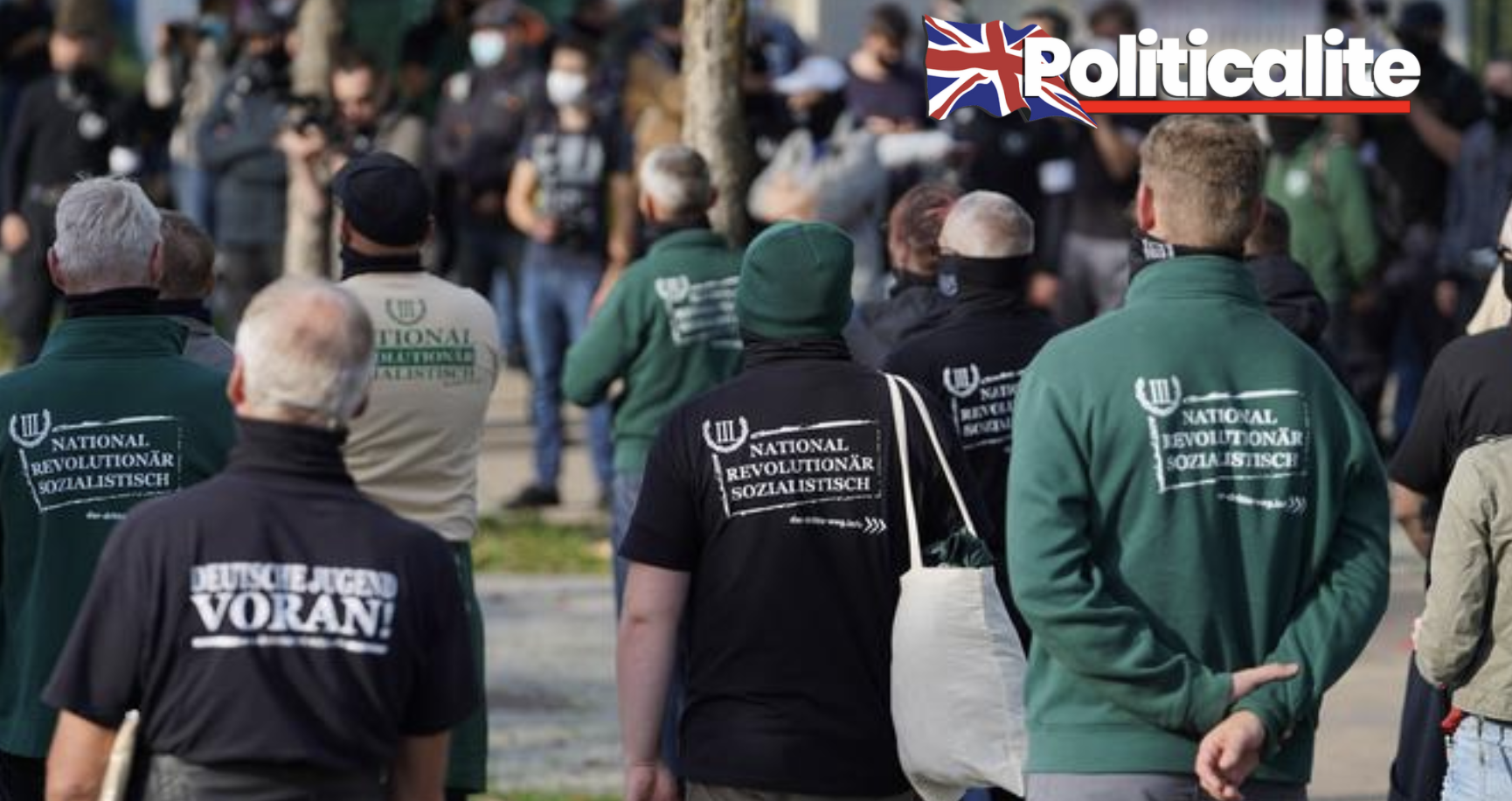 As German Chancellor Angela Merkel, President Frank-Walter Steinmeier and many others from around the German nation gathered for an ecumenical service at the St Peter and Paul church in Potsdam, south-west of Berlin mass protests were seen on the streets of Berlin.

Chancellor Merkel herself stated that the celebration “will be quieter than the occasion would actually deserve,” due to COVID-19 precautionary measures.

In Konstanz a anti-Lockdown event saw hundreds turn out and far-right Third Way and Antifa clashed with Police in Berlin.

Members and supporters of the far-right movement “Third-Way” marched in Berlin as Police officers escorted demonstrators as they marched holding anti-immigration, anti-asylum and anti-system placards and banners.

Police were also seen detaining at least one Antifa protester blocking the path of the “Third-Way” demonstrators at a railway station in Berlin’s Hohenschonhausen district.

The march was initially planned to be held on May 1st, but was then postponed due to the coronavirus pandemic.

Scuffles had earlier erupted as police tried to remove dozens of Antifa protesters blocking the path of the members of the right-wing movement.

FREE THE SPEECH: Is it time to PROTECT Free Speech in Britain? #FreeTheSpeech
STRANGER THAN FICTION: Covid-Hit Trump Leaves Hospital To Wave at Supporters Via Car
To Top
Politicalite uses cookies to improve your experience. We'll assume you're ok with this, but you can opt-out. Accept Cookies Policy
Privacy & Cookies Policy