YOU DON'T MESS WITH THE DORRIES: Nadine Dorries LAYS into Brexit saboteurs with some serious shade
Advertisement 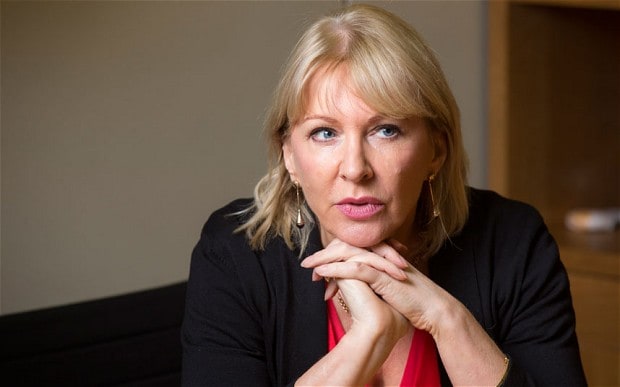 The pro-Brexit MP wrote on Twitter: “Tonight, the Tory rebels have put a spring in Labour’s step, given them a taste of winning, guaranteed the party a weekend of bad press, undermined the PM and devalued her impact in Brussels.

“They should be deselected and never allowed to stand as a Tory MP, ever again.”

In a string of Tweets that started with an attack on Brexit saboteur, George Freeman MP, Nadine threw serious shade at Freeman and said: “you were happy to vote with loyally when the PM gave you a job?”

She also warned of the Marxist Jeremy Corbyn:

She also attacked Dominic Grieve and thanked him for his “loyalty”

And accused the Brexit wreckers of their own “self-importance”