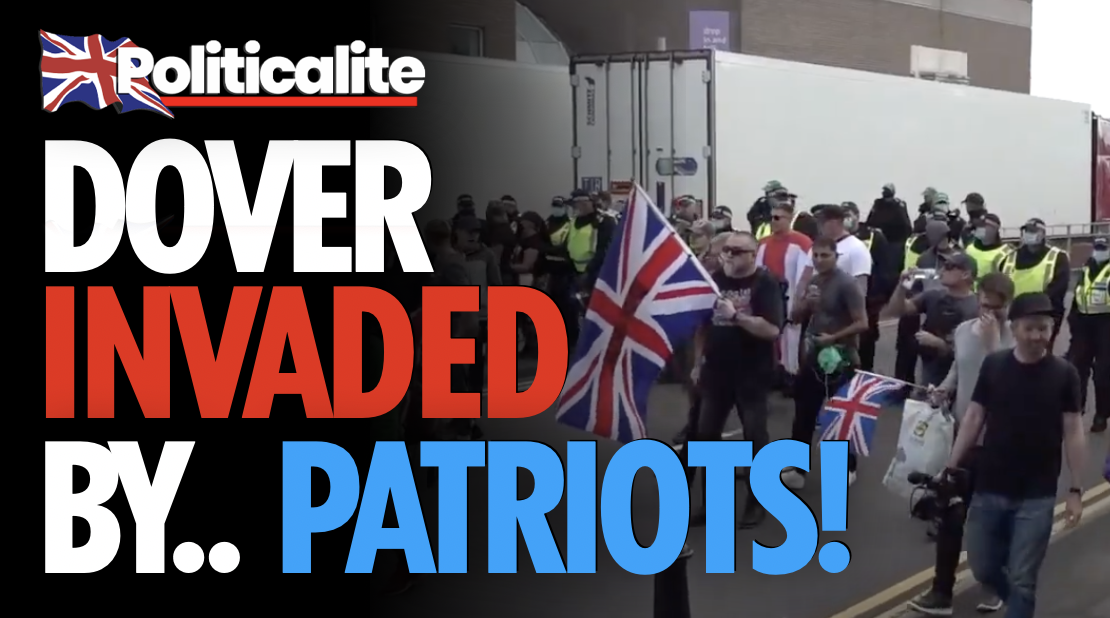 PATRIOTIC protesters gathered in Dover, England on Saturday to ‘Protect The Border’ against the illegal migrant invasion.

The protesters stormed the Western Docks singing ‘Rule Britannia’ and ‘Land of Hope and Glory’ as Police moved in to disperse the crowds.

Politicalite photographer and independent journalist Steve Laws – who was arrested yesterday ahead of the protest by Britian’s Stasi Police force, was also in Dover, and this time he was able to finish his cuppa tea. 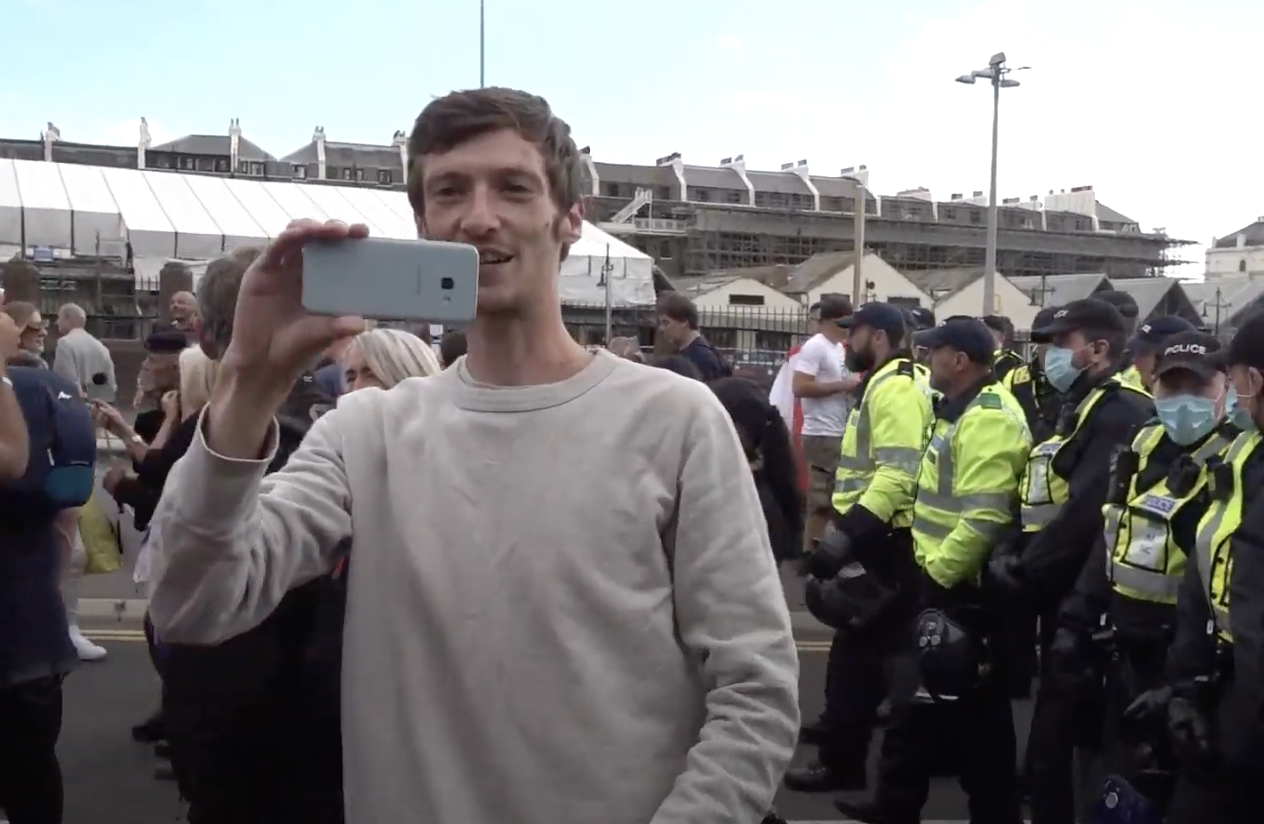 The biased BBC tired to get permission use his footage, you can imagine Steve said.

Soft-touch Kent Police – who have become a national laughing stock at their inability to secure a border, drafted in horses and a huge amount of manpower to move away working-class protesters angry at the lack of action to secure Britain’s borderless border that has seen a whopping 5,000 illegals cross the English channel in 2020. 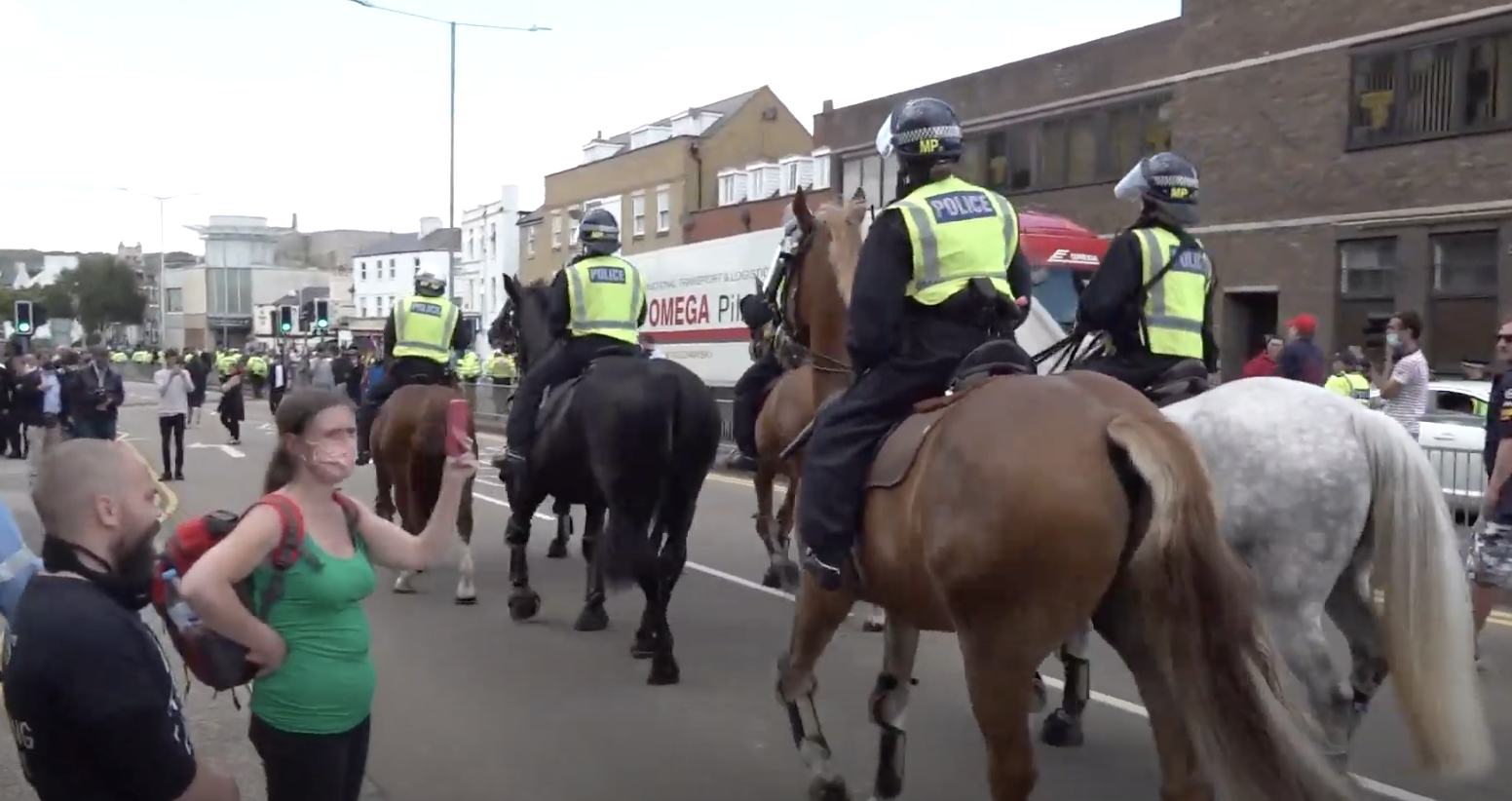 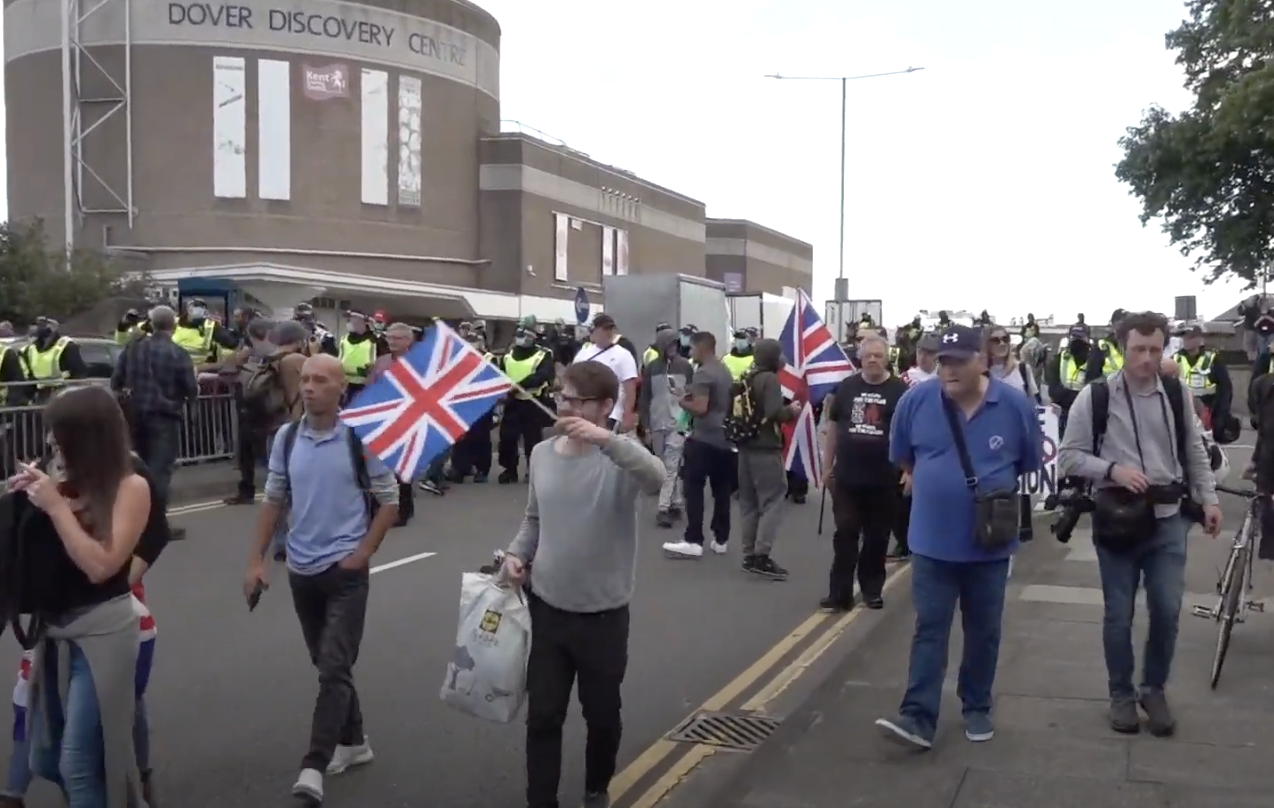 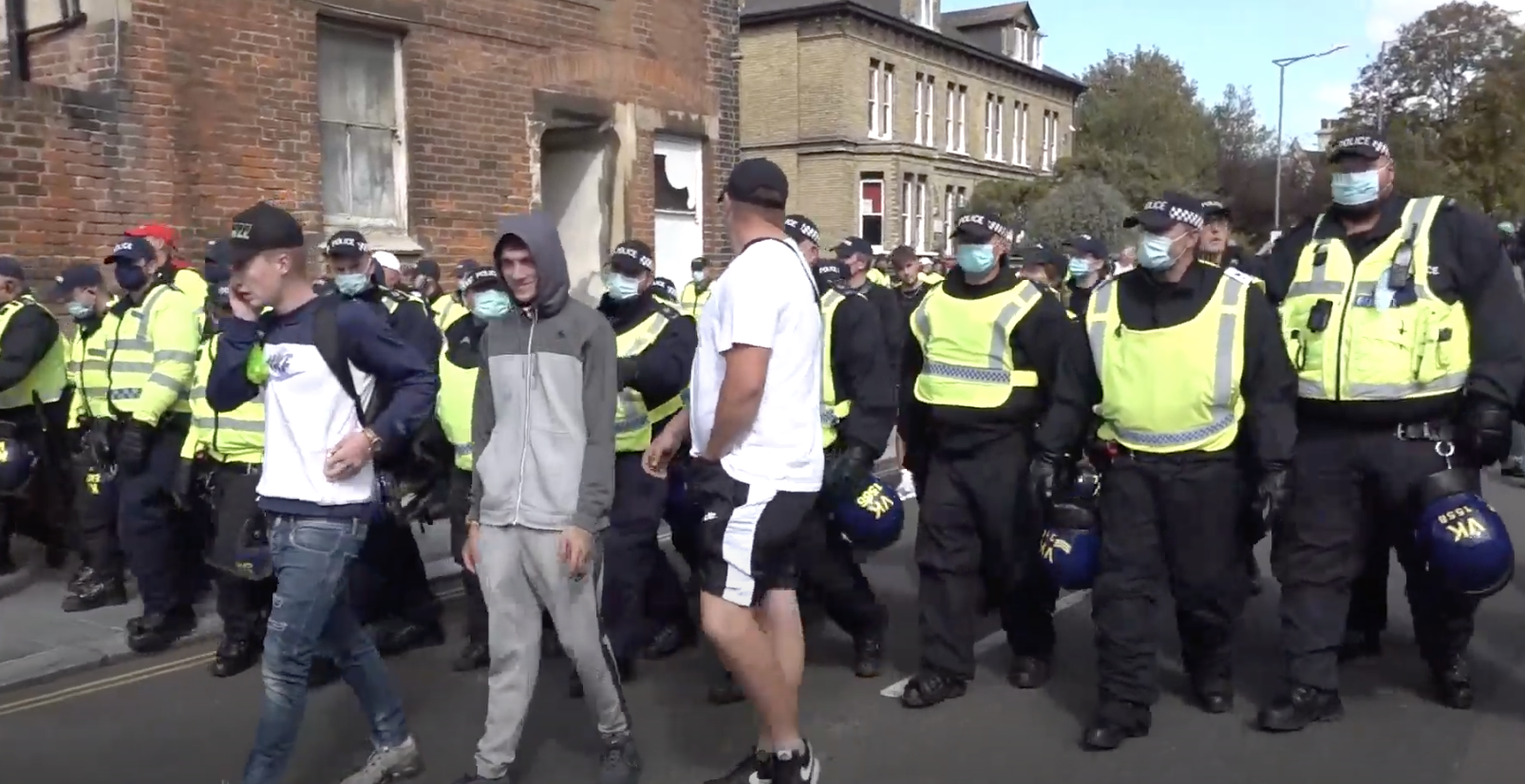 The event saw some right-wing protesters clash with police as they were kettled and removed from Dover’s main port and attempted to block the road, just like XR – however, when its not middle class humus eating lefties protesting, the police use excessive force. 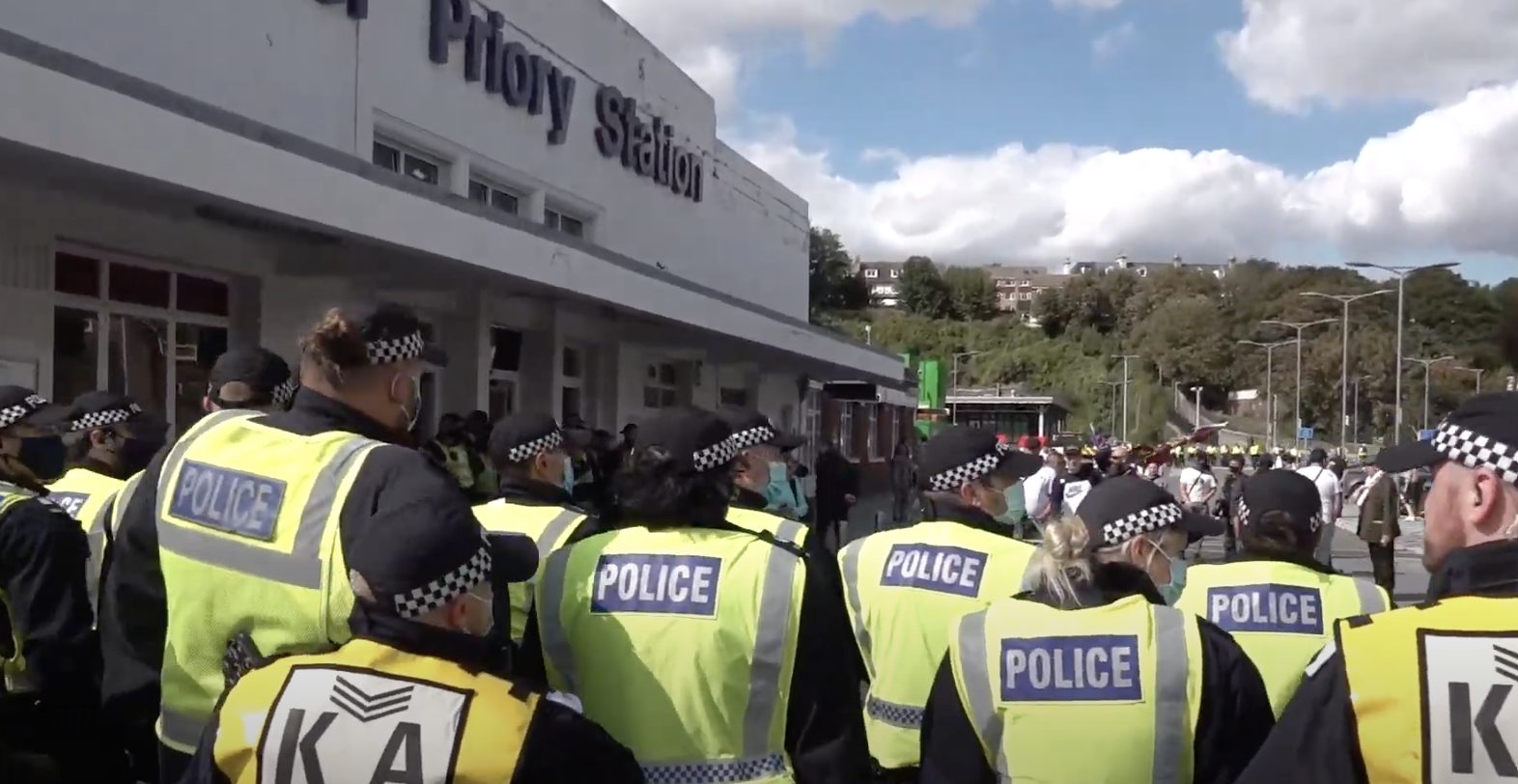 The event took place after Prime Minister Boris Johnson condemned in August the migrant crossings of the Channel as a “very bad and stupid and dangerous and criminal thing to do.” 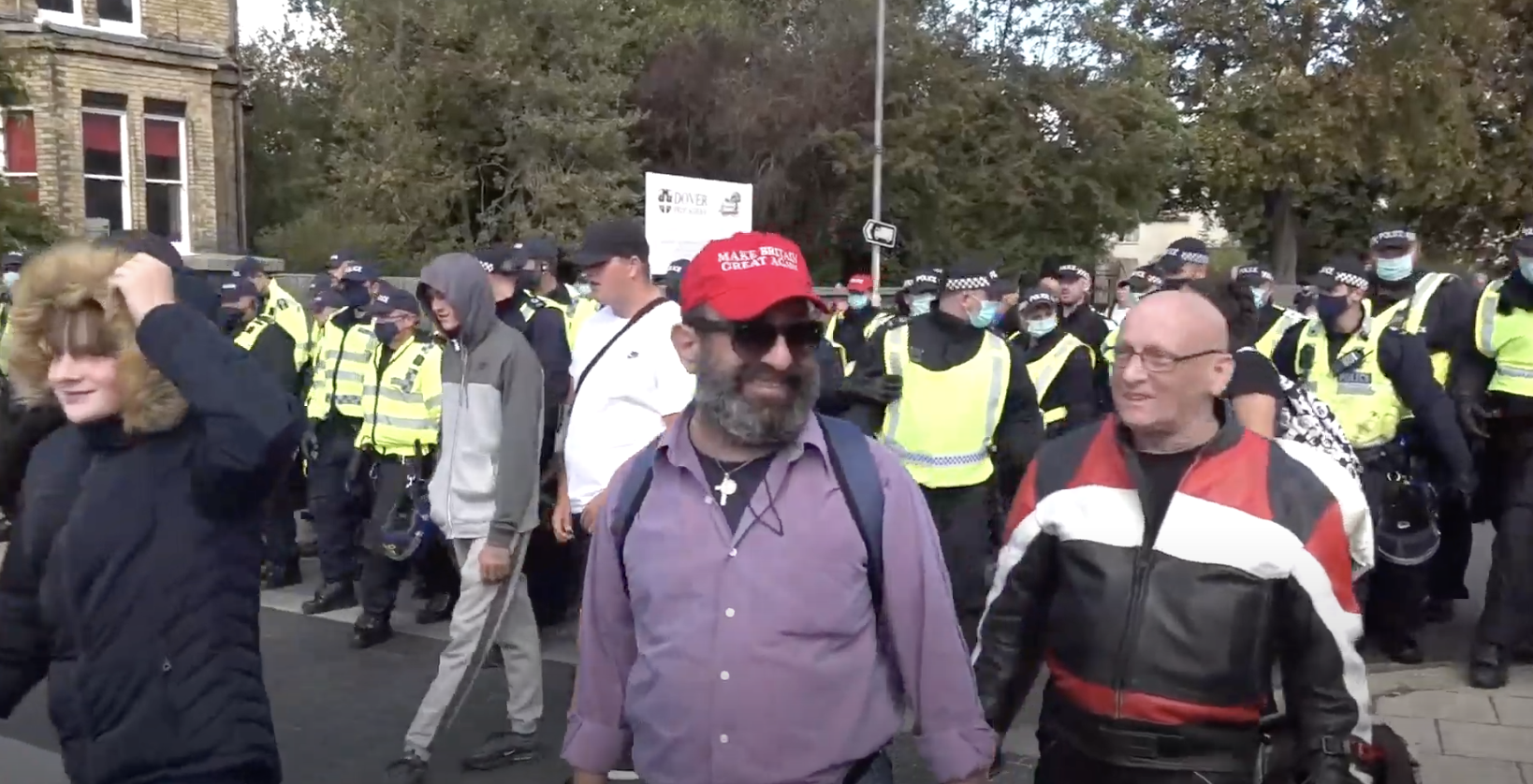 His comments came after 235 migrants were intercepted in a single day. He added that his government is seeking to increase coordination with France to reduce the volume of crossings.

More than 5,000 migrants have crossed the English Channel since January 2020.