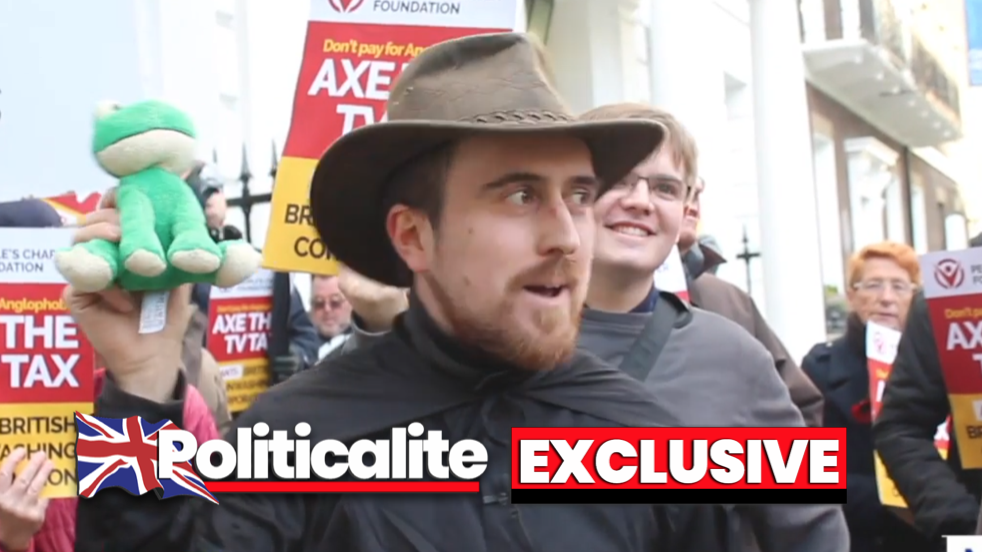 A FORMER editor of now-defunct social media news outlet ‘Make Britain Great Again News’ that crumbled has told Politicalite that the operation was a ‘vanity project’ for its owner and has revealed how its owner allegedly had Neo-Nazi views.

Ed Howard,  former contributor to the now-defunct site claimed that ‘MBGA News’ had become a vanity project for its owner Luke Nash-Jones and claimed that he alone had desires for revenge on UKIP, for their reasonable conclusion that those making them look bad in the national press by dicking around in a bookstore shouldn’t continue to be party members.

Ed told Politicalite: “Much has changed. I have changed.” 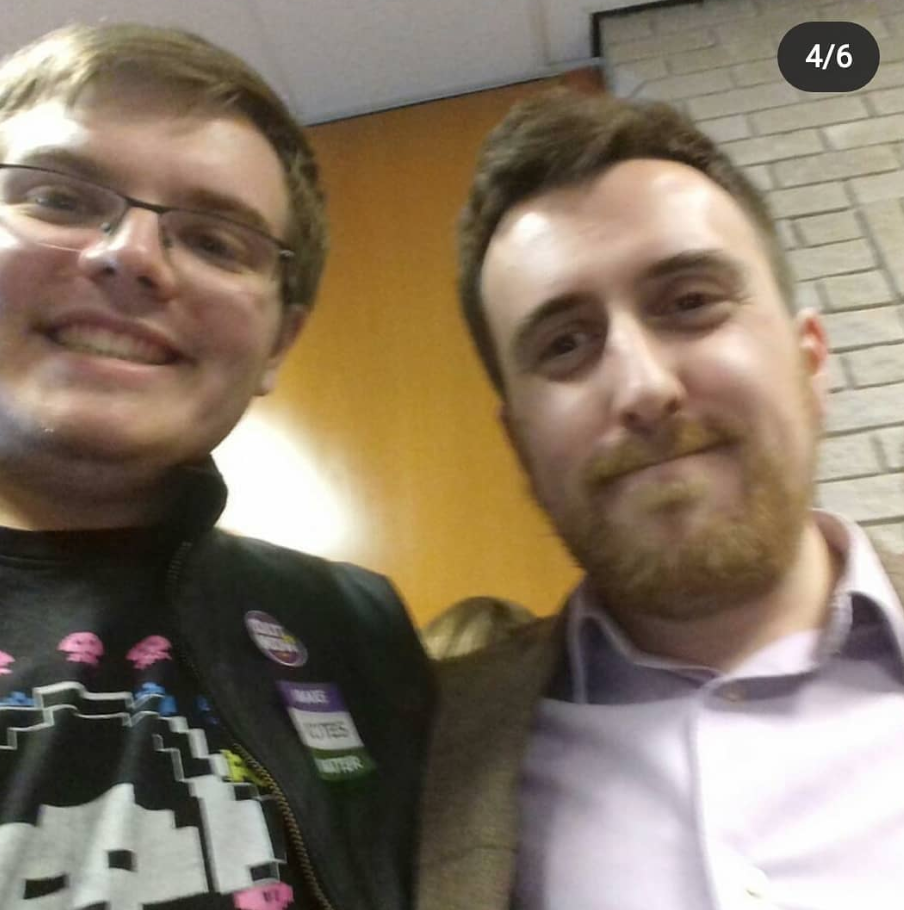 “Much of my views written in these articles has completely changed, from those on Nelson Mandela and Islam for example.”

“I felt that Luke had become unnecessarily hostile to an audience that had appreciated us, especially in the last few months.”

He claimed that Luke used “fake headlines and thumbnails to troll fans.”

Ed said: “That is wrong, and showed how much MBGA had become a vanity project for Luke alone to take out his desires for revenge on UKIP, for their reasonable conclusion that those making them look bad in the national press by dicking around in a bookstore shouldn’t continue to be party members.”

” A lot of Luke’s rationale was to get back at the likes of Batten, under the guise of supposedly containing far-right extremism, hence his running to anyone who would listen to him.”

“Sometimes this became dangerous; he worked with the likes of Dr. Kristi Winters and other leftist groups, of who could throw us under the bus at any opportunity.”

“May I ask, why work with such groups who don’t have our best interests at heart? It’s reasonable to complain to the likes of actual outlets like the Daily Mail, but to leftists who would smear us quickly and fast? This was a matter of personal vendetta for Luke. If he cared so much about so-called Nazi infiltration in to UKIP, why did he stay in the party for so long, as oppose to leave it sooner? Given some of the exchanges I’ve since had with Luke over issues like say Israel and World War 2, it seems that he’s not exactly one who should be complaining about anti-Semitism, given his swallowing of lying propaganda over those issues.” 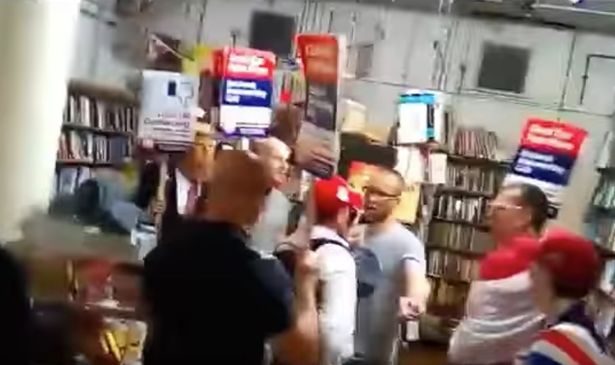 This was where a communist bookstore in London was involved in a skirmish between Luke and the rabble rousers with him, of who if I said behaved appallingly would be polite.

Looking at the footage, it was clear that no one came of that well, especially the likes of Luke who argued with the store owner over being pushed, as opposed to calming down the rowdy idiots surrounding him.”

“I wasn’t there again, having decided that going home was more important, and overhearing about the prank at the pub made me realise that being there wasn’t the best idea.”

” I only heard about this event afterwards, and saw Luke’s non-apology about it.”

“No-one in my view came out of it well, and Luke was right to eject half of the idiots causing mayhem at that bookstore from hanging around from MBGA at that point.”

“To be fair, it was because he was caught; he has never acknowledged that he was in the wrong for that stunt, even admitting to me that it wouldn’t matter when it came to him running as an MEP in the 2019 European Elections, despite it making national news. But it ruined our reputation beyond repair, and it never really recovered from that knocking. It didn’t help that we alienated our audience heavily by attacking UKIP either, with many of our Facebook followers wondering if we were funded by the likes of George Soros at points.”

The split between Luke and Martin Costello over the issue of the yellow vests movement collapsed it for good.

It broke up the core relationship that kept MBGA going. Despite what Luke has claimed, it’s clear that the way that he had a stronger relationship with Martin than he liked to let on. He bemoaned his split quite heavily, and while some of their clashes had understandable grievances, its long term effect on MBGA was clear for all to see.

He crumbled emotionally, and it’s the split with Martin that was the impetus for that. It also led to him lying and defaming him, trying to portray him as an incompetent dipshit that would turn on anyone he wanted.

I eventually fell out with Luke, which given his attitude seemed inevitable. This conversation wasn’t pleasant at all. He stated that he was going to vote for the Liberal Democrats (the most anti-Brexit party in the country), based on how supposedly they would reduce tax, unlike the Tories. He then was deliberately dishonest, touting the Brexit Party propaganda line that Boris Johnson’s deal wasn’t really Brexit, as it included a transition period, something many moderate Brexiteers like the late Christopher Brooker and Peter Hitchens advocate. He also lied about me being a Theresa May supporter, which I wasn’t, especially after I’d given him articles and clips arguing the opposite. He then claimed I was being overly emotional, and dropped me as I was about to tell him why I was unhappy with his attitude. Typical, I guess.

To note that Luke was hard to work with for some is an understatement. He had so many clashes with other groups and his own circle that it was hard to work out how he was going to continue the movement in a substantial way. For our team, he lied about Martin being bad, as he did with Brian Calder and claimed that Victoria Holland was against him because her family told her to be. Meanwhile, the likes of Jonaya English was a Marxist (which isn’t true either) and being a former Green Party member was problematic. Jay Turner, who runs the War Kettle channel was too much of a Blairite (and wrote an article slagging him off) for him.

Alex Nieora was apparently mentally ill, and a ‘prick’ (his words, not mine). Toni Bugle (the head the MARIAS) was a problem as he didn’t like her feminism, even though as I’ve diverged with her it was more out of her turning him down than anything practical.”

“He hated libertarians the most however; the likes of US Republican and Libertarian politicians Ron and Rand Paul were merely globalists to him, all the while he did a whole segment slagging off the prominent British thinktank the Institute of Economic Affairs.”

“Not even American conservative YouTubers were safe: Antonio Okafor wasn’t good enough on culture for a private chat that they had and Mark Dice was simply (his words) ‘controlled opposition’, despite having endlessly praised him months before.

‘MEECHAN WAS RIGHT TO BE JAILED – CLAIMED NASH-JONES’

He also felt that Mark Meechan AKA Count Dankula was right to be imprisoned, as his joke (whereby he taught his girlfriend’s pug to do the Nazi salute, which Luke initially defended) was supposedly dog whistling to the alt-right. 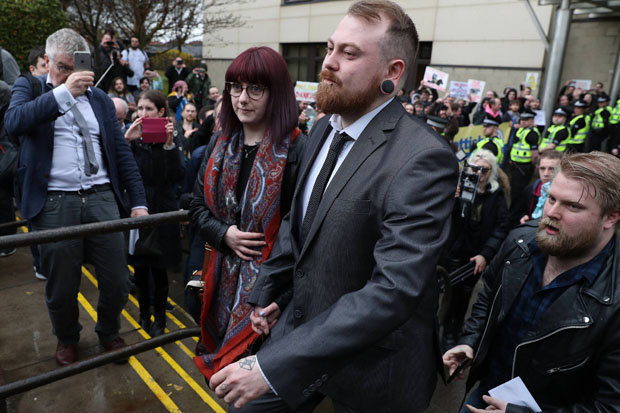 His defence for this? He hated Dankula’s links to UKIP and Carl Benjamin AKA Sargon Of Akkad.

It was the first time I threatened to walk on him, with him yelling at me, claiming that he was as bad as people pooing in someone’s house and that I should ‘grow up’.

Given his infantile attitude to this movement, that’s quite a stretch. He also hated the Tories, and the fact I was in it, something he wasn’t very good at hiding. If he wasn’t willing to work with anyone moderate, how the heck would we win anything for our side in the culture war or politically? It was a foolhardy attitude at best.

Criticism of Israel is fine, but he often lied about the way Israel conducted its affairs about West Bank settlements.

He often focused on the fact that people he didn’t like had Jewish looking surnames, or that his political opposition (mainly that of alt-right figurehead – a movement whose threat he exaggerated to justify his anti-UKIP crusade– Richard Spencer) had Jewish ancestry,

Whether that was relevant or not. He even justified the Nazi invasion of Poland based on blatant Nazi propaganda about Czech people raping and harming ethnic Germans. This was blatant anti-Semitism, and given that he rattled his nutty conspiracy theories in many livestreams and interviews that he did (including about grooming gangs), it would have been even worse had he continued that attitude later on, alienating more mainstream types to our cause.

This is an edited extract from Ed’s book Rule Britannia! – Order it from Amazon HERE

BREAKING: UK to go into LOCKDOWN next week with major events BANNED