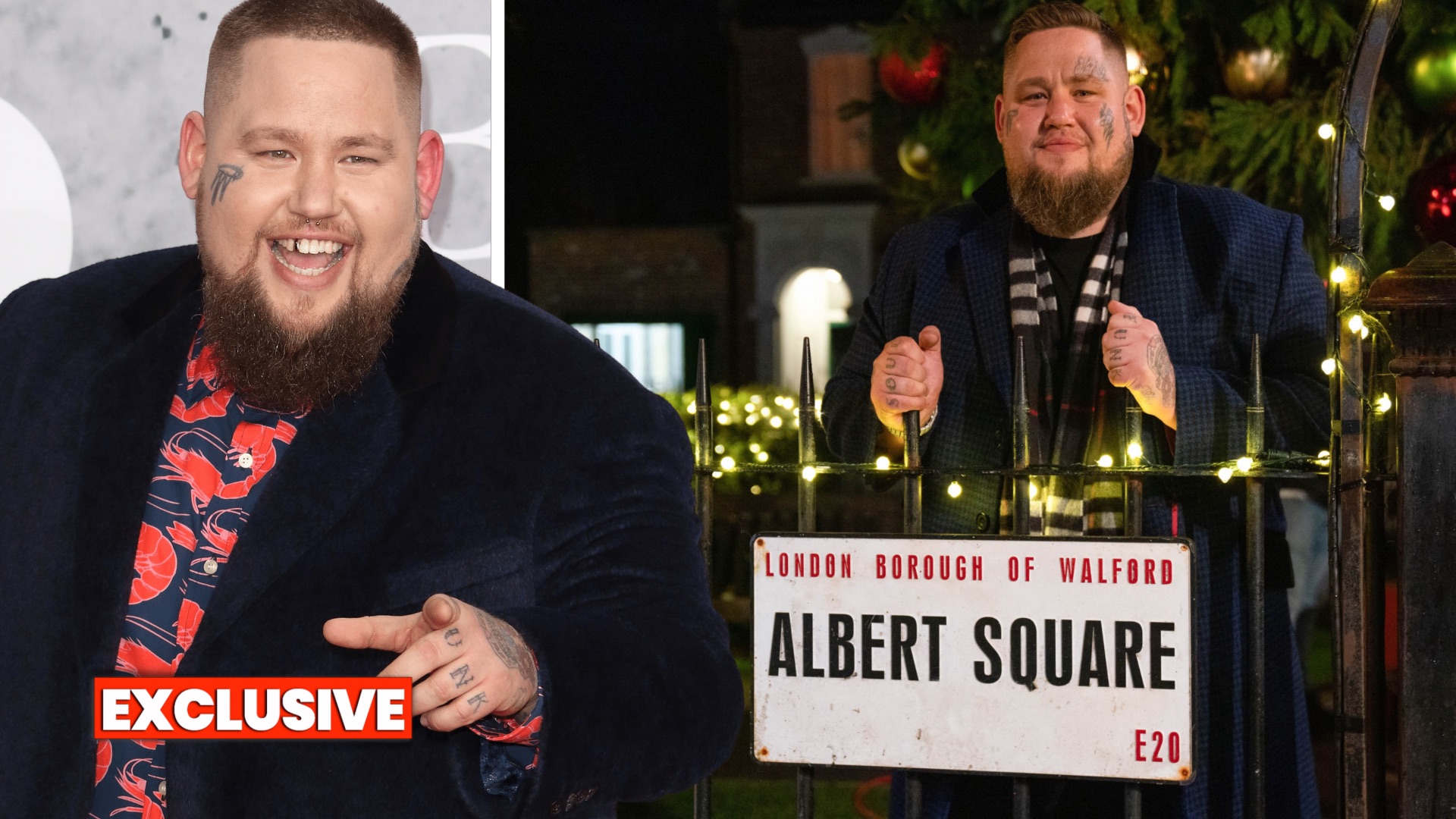 BRIT hitmaker and Human singer Rag’n’Bone Man will make a cameo in ‘EastEnders’ on Friday, Politicalite can reveal.

The ‘Human’ hitmaker will give the Walford residents a festive treat when character Tom ‘Rocky’ Cotton (Brian Conley) persuades the award-winning musician to perform at the local carol concert fundraiser, as a wedding gift to Mick Carter (Danny Dyer) and Janine Butcher (Charlie Brooks).

Rag’n’Bone Man said: “In the words of Gabrielle, ‘Dreams can come true!’

“Thanks to everyone at ‘EastEnders’ for one of the best days of my life!”

Chris Clenshaw, EastEnders’ Executive Producer, admitted it was a “perfect moment” for one of the soap’s super-fans to perform in Walford.

He told Politicalite last night: “We have always known Rag‘n’Bone man is a huge ‘EastEnders’ fan, so when an opportunity came up in one of our stories it was the perfect moment for us to ask him to not only appear, but also perform in Albert Square.

“We are all thrilled that he said yes, and we hope the audience enjoy the special Christmas treat, as much as much as everyone at ‘EastEnders’ enjoyed having Rag‘n’Bone Man in Walford.”

The star is not the only singer to have appeared in Albert Square.

In 1995, Robbie Williams was an extra in the Queen Vic, and three years earlier, Spice Girls singer Emma Bunton played a mugger in an episode.

She was previously up for the part of Bianca Jackson, but lost out to Patsy Palmer.

What’s more, King Charles and Queen Consort Camilla – when they were known as Prince Charles and Camilla, Duchess of Cornwall – made a joint cameo appearance in ‘EastEnders’ earlier this year as part of the Platinum Jubilee celebrations for his now-late mother Queen Elizabeth, who died in September aged 96.

Rag’n’Bone Man’s episode will air on Friday 23rd December 2022 on BBC One and iPlayer.