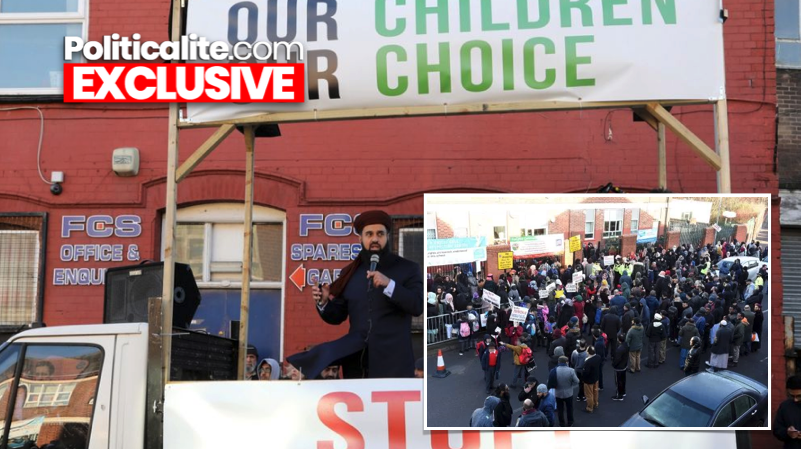 YOUTUBE and Twitter have been accused of censoring videos that show crowds of Muslims spewing Homophobic hatred on the streets of Britain, Polticalite can reveal.

The tech giants have seemingly deleted all trace of the videos, to protect Muslims, at the expense of the Gay community.

A Silicon Valley source told Politicalite: “Remember Birmingham anti-Gay videos? .. Twitter and YouTube have removed all trace of it.” 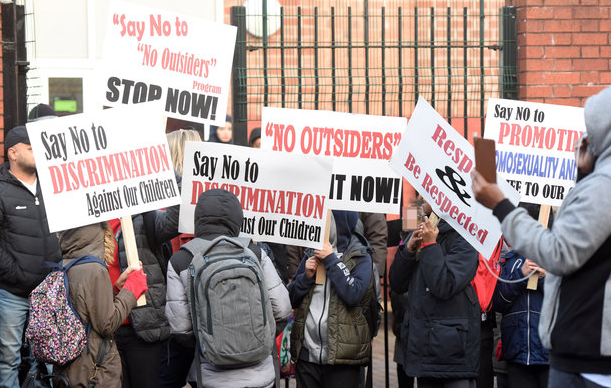 A search for the videos seems to confirm the claims, the only videos available are heavily edited reports from Russia Today.

The shocking videos showed Muslims chanting ‘No Outsiders’ outside Parkfield School in Birmingham.

Earlier this year, hundreds of parents at the Parkfield School in a ‘predominantly Muslim area’, were furious about LGBT lessons and a gay teacher in the school.

A video was also posted to Twitter by Nazareth Ettan, a local resident, that has now been removed. 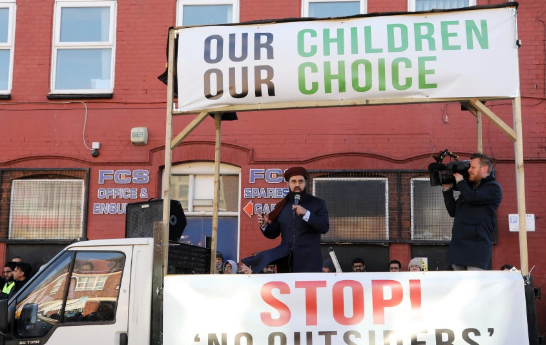 He said at the time: “This is happening 10 minutes away from my house, just down the road.”

“Bigoted Parents protesting at Parkfield Community School against the acceptance of Homosexuality and encouraging kids to mindlessly hate. ”

He added: “‘I’m ashamed of aspects of my South Asian culture, this is one example.” 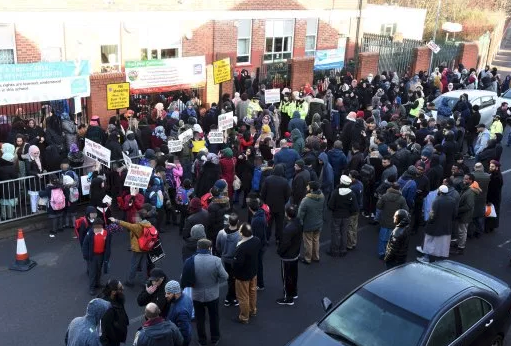 Despite the protests, he said he’s received ‘posters and cards’ from children he has taught wanting to cheer him up, some of them writing ‘Everyone is welcome’.

Parkfield Community School were forced to suspend the programme.

REVEALED: Google Slammed After Not Paying £1.5 BILLION in UK Tax