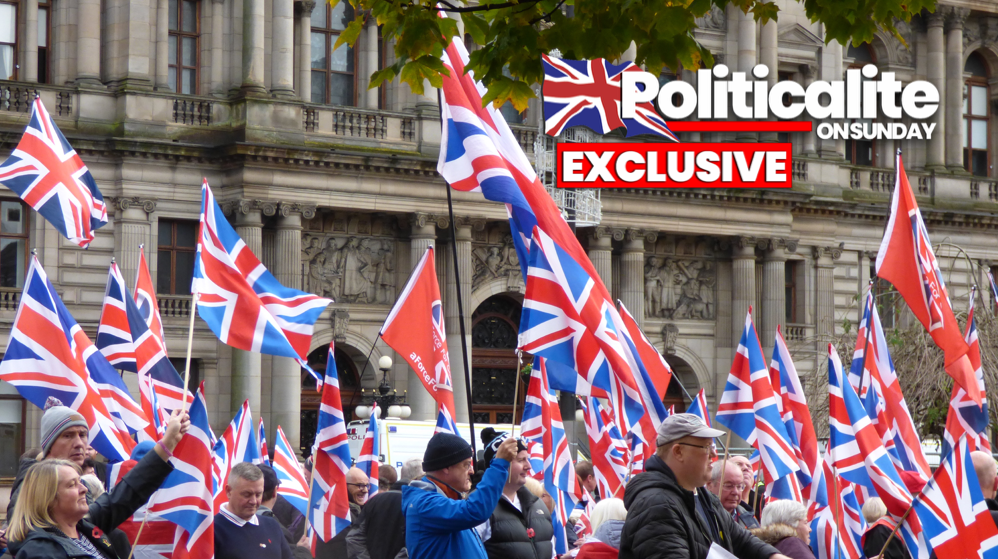 Politicalite’s Angela Eagleheart was in Glasgow’s George Square yesterday where the place was filling up with Scotland, Catalonia, Kurds flags and supporters…. but not all wanted Britain to break up.

A PRO-INDEPENDENCE rally was held yesterday in Glasgow and Scottish Police were accused of “kettling” pro-Union counter-protesters.

I was almost three-quarters of the way round the square when the police wouldn’t let me go any further. I had to take a detour around police vans and a row of policemen. Then I spied the red, white and blue British flags being flown. The police had ‘kettled’ in a group of about 300 people with police on every side into a corner of the square. 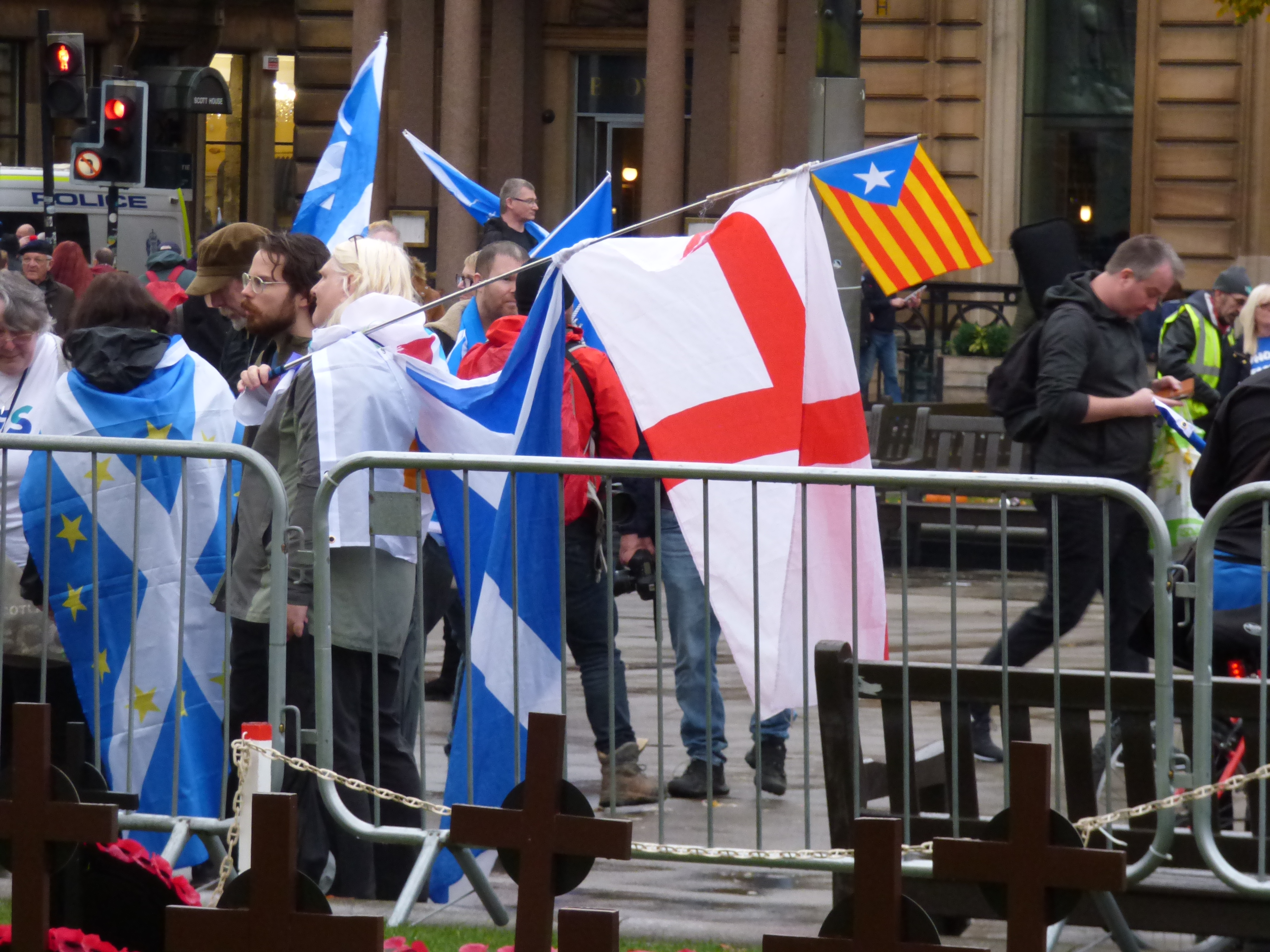 The pro-Union protesters were ‘kettled’ in a group of about 300 people with police on every side into a corner of the square.

I approached some people and they directed me to the leader of the ‘The Force for Good’ counter protest group Alistair McConnachie.

He said that Scotland should remain a part of the United Kingdom and doesn’t believe it will thrive if Scotland separates from the Union. “We want to unite the UK not divide it all up.” Dressed in a Union Jack flag shirt he added: “Morally we want to keep the Union all together and to network with the rest of the Commonwealth too.” 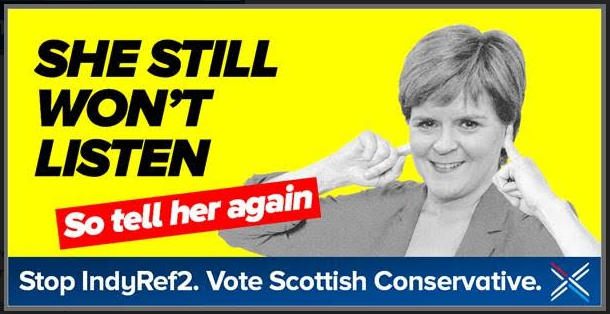 The counter demo crowd were mostly 30 years and upwards, no young white supremacists or Nazi types around. I was then was offered a flag by another supporter Dionne Cocozza. I was chatting to her when I saw six men come rushing in past us and they started attacking some men in the crowd randomly. An old guy got knocked over.

They came from a space that the police vans had left as they parked them fender to fender. Even though the Unionist group was surrounded by police. We got a bit shaken up as they were so near to us.

Dionne was going to go ahead and become a candidate for the General Election but health problems stopped her. “It is more division, we had enough division in 2014 when Alex Salmond said it was once in a lifetime.” Said Dionne. She doesn’t think that the Union side gets a voice. She added with frustration “We on the Union side get no space to air our voice and we couldn’t even walk through here with our flags.”

I then made my way around to the Yes IndyRef crowd and everyone seemed in good spirits. I happened to stop and ask people questions and spoke to a very knowledgeable man who knew a lot about Scots Law. He thinks the cards are in their favour: “We are not going to ask for a Section 30 Order, we are going to demand it. His patience has run out as he commented: “Ask has already been done and we were told now is not the time. Well, guess what, now is the time.”

All sorts of people where at this including Scottish Solidarity with Kurdistan with Sara Glynn. She could have been from any of the demos all over the world like Catalonia, Ecuador, Hong Kong etc.. as she reflected: “For us it is not just about getting independence but what we do with it. Everyone is just fed up getting the crumbs off the rich, if they are lucky.”

All nationalities were watching including a Blue and white faced giant from Poland who said that he loved “Scotland to bits.” He thinks this is the time for independence “The Polish people have always been wanting independence and this should have been done before now.”