FAR TOO EARLY: Raab Rules Out End Of Lockdown This Week
Advertisement 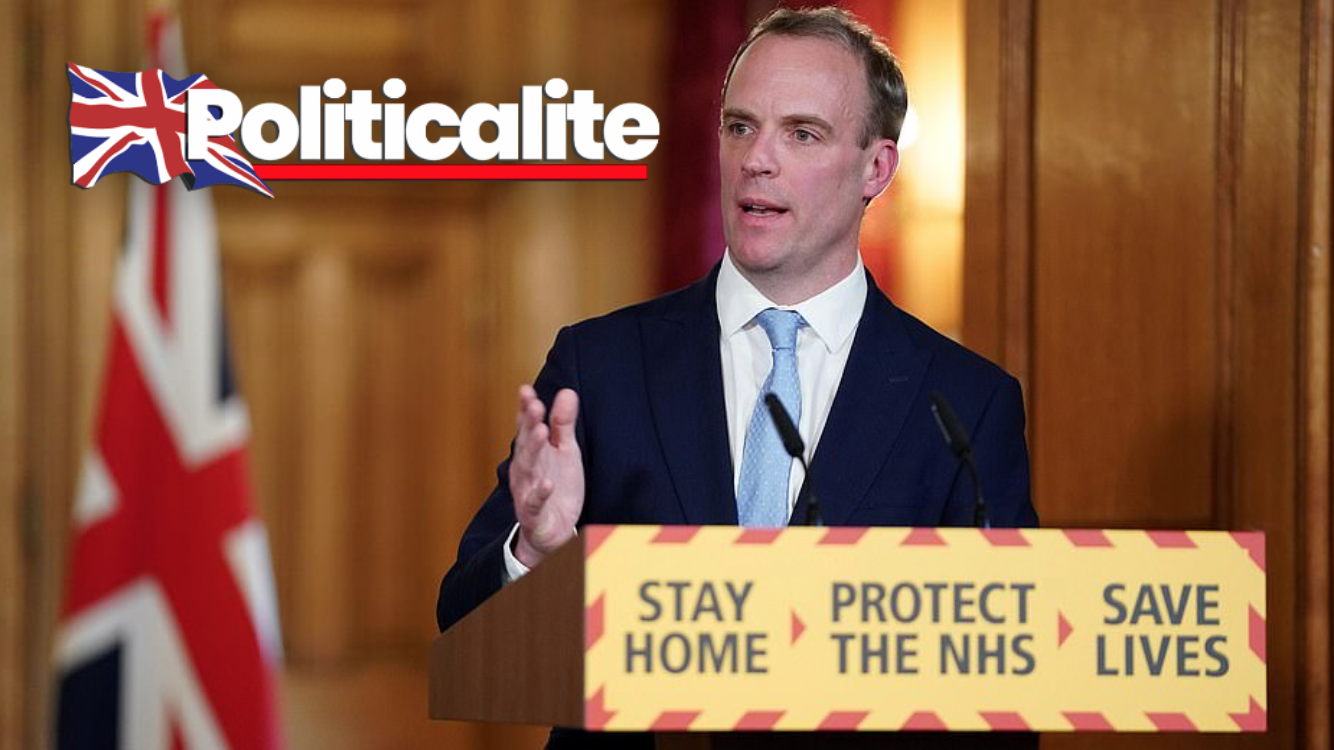 DOMINIC Raab has said that it is “far too early” to talk about relaxing Covid-19 lockdown measures despite “positive signs” from official data.

Speaking at Monday’s Downing Street press conference, Mr Raab said figures indicated the UK was “starting to win this struggle” against the virus but warned it was “still not past the peak”.

He praised the British public for staying at home during the Easter weekend, adding: “Our plan is working.

“Please stick with it and we’ll get through this crisis together.”

Three weeks into the nation-wide lockdown Mr Raab said the Government did not expect to make any changes following a review of social-distancing measures by the Scientific Advisory Group for Emergencies (Sage) later this week.

Mr Raab’s comments came after the coronavirus-related hospital death toll passed 11,000, with the Foreign Secretary facing questions over whether more lives could have been saved if the UK had acted faster.

He rejected any “like-for-like” comparison with other countries, saying it depended on each nation’s individual circumstances and how far along the coronavirus outbreak curve they were.

But the Government’s chief scientific adviser Sir Patrick Vallance said the UK would be looking to learn from other countries on how they approach releasing lockdown measures.

Questions were also raised about whether the number of coronavirus-related deaths in care homes were being properly recorded.

England’s chief medical officer, Professor Chris Whitty, said he wanted testing in the sector to be increased due to the  “large numbers of vulnerable people” at risk.

The Department of Health said 11,329 people had died in hospitals as of 5pm on Sunday, with many more expected in care homes.

It means the UK has more recorded deaths than any country except the US, Italy, Spain and France.

Mr Raab admitted the government had been “concerned” that the public “might start ignoring the advice or cutting corners given the temptation to go out into the sunshine” over the Easter weekend.

But he added: “In fact the overwhelming majority of people stayed at home and understood the importance of doing so.

Earlier Prime Minister Boris Johnson’s official spokesman maintained the UK was still on course to carry out the Government’s pledge of 100,000 coronavirus tests a day by the end of the month as he said 18,000 had been conducted in the 24 hours to Sunday morning.

The spokesman said there had been “significant progress” in the attempt to improve testing of frontline NHS workers, with nearly 43,000 staff and their families tested so far.

Latest figures from the Department of Health showed 14,506 tests on 10,745 people were carried out on Sunday, excluding data from Northern Ireland.

Mr Johnson’s spokesman said the Prime Minister had tested negative for coronavirus on leaving hospital following his admission to an intensive care unit and would follow medical advice on when to return to work.

A review of lockdown measures will take place by Thursday, the deadline set out in law.

Ministers have said they want to be sure the UK is past the peak of the outbreak before easing the restrictions, but 10 members of the Cabinet are reportedly urging lockdown conditions to be eased amid concerns about the impact on the economy.

– Mr Johnson continued his recovery from Covid-19 at Chequers in Buckinghamshire after doctors ordered the Prime Minister to rest.

– Spain, which on Sunday reported its lowest daily growth in infections for three weeks, allowed workers in some non-essential industries to return to factories and construction sites on Monday.

– The latest analysis from Johns Hopkins University in the US suggested the UK’s case fatality rate, the number of deaths per 100 confirmed cases, was 12.5%, behind only Italy’s rate of 12.7%.

– The Ministry of Defence said nearly 200 members of the armed forces are being loaned to five NHS ambulance trusts to support their work during the pandemic.

– Nearly 3,000 fire and rescue staff are in self-isolation and unable to work, according to the Fire Brigades Union.

The Government also continues to face pressure over shortages of personal protective equipment (PPE) for frontline NHS staff, as a growing number of health workers died.

At the weekend, the Royal College of Nurses issued new guidance that nurses who could not get adequate PPE should, as a “last resort”, refuse to work.

Speaking on Monday, Mr Raab said: “We understand the importance of getting PPE to the front line whether it’s in care homes or the NHS.

“I think the strongest practical reassurance they will want and that we can give them is that over the Bank Holiday weekend over 16 million items were delivered and we are straining every sinew to roll them out even further and even faster.”