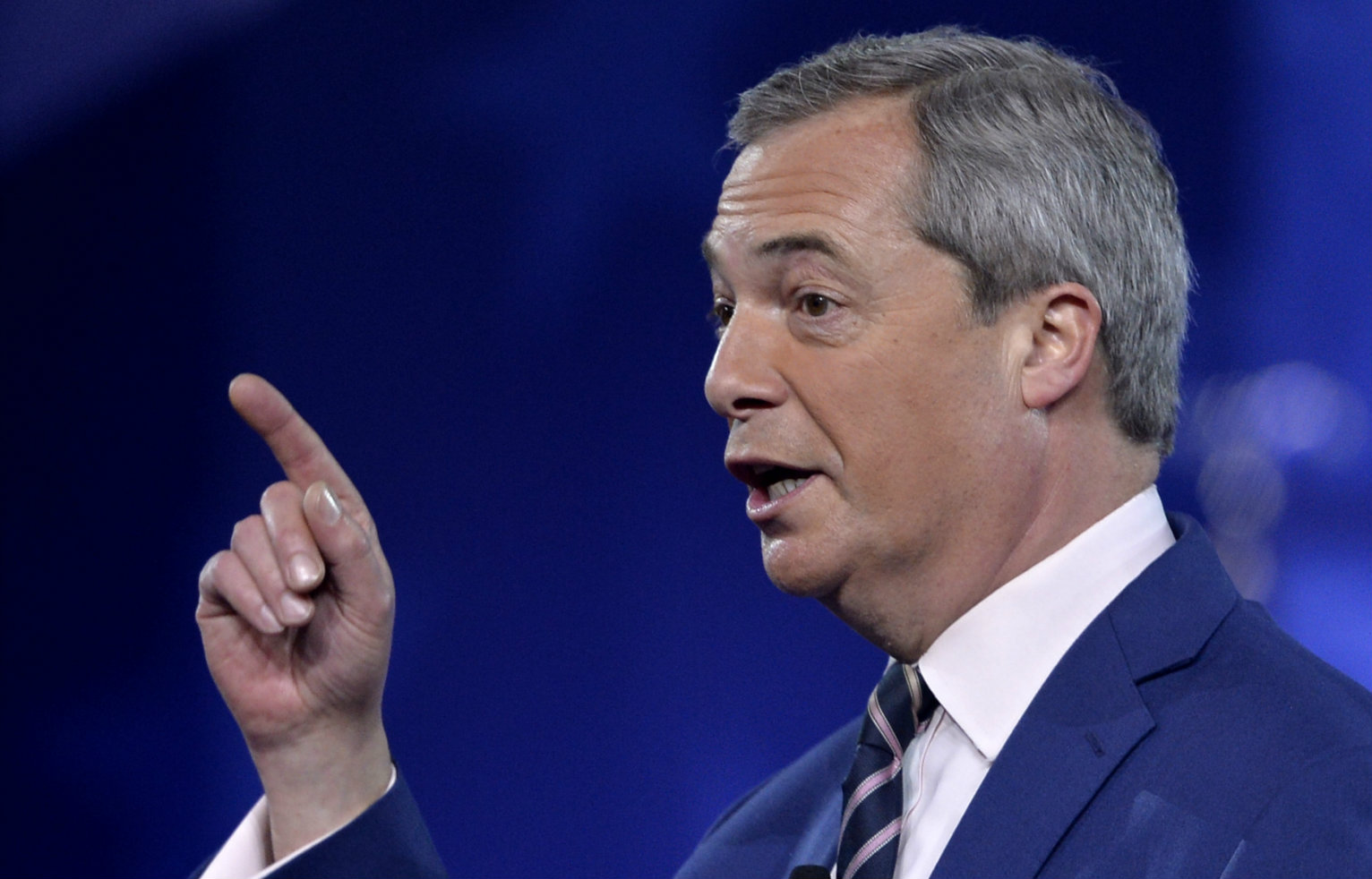 In the continuing cancel culture surrounding Black Lives Matter protests, which has led to statues being removed and TV shows being cancelled, former MEP Nigel Farage has been fired from his LBC radio show because of his views on the far-left group, which involved him comparing them to the Taliban. He had been serving the station since 2017.

As revealed by the Huffington Post, the main impetus for the firing came from the former Brexit Party leader comparing BLM to the Taliban on a Good Morning Britain debate over the group tearing down statues in response to the police killing of George Floyd in the United States. From this, various staffers wanted Farage removed from his post. One anonymous source told the site that ‘many Global staff members want Farage out’ as he was allegedly ‘vile and racist’.

Others within Global (the company who owns LBC, among other British radio stations) also complained about Farage staying on, with Capital Xtra DJ Will Njobvu commenting that he felt ‘absolutely sick’ following Farage’s comparison, and argued that Farage would ‘not succeed’ in bringing down the movement. Another anonymous source pointed out that ‘presenters are absolutely livid because by keeping Farage on-air, the organisation shows that they don’t actually think black lives matter’. Someone else noted that ‘pretty much every black person here is upset that Farage continues to have a platform’.

You know nothing. This man is trying to bring down the Black Lives Matter movement. He will NOT succeed. https://t.co/Aok9Y4jvOL

This then led to Farage being sacked. At the time, the station notified that on Twitter that because his ‘contract with LBC’ was up shortly and after ‘discussions with’ Farage, he was ‘stepping down with immediate effect’. They thanked him ‘for the enormous contribution he has made to LBC’. While some, like Belgian MEP Guy Verhofstadt and fellow LBC contributor James O’Brien celebrated his departure, many others objected and shared solidarity with Farage. His former UKIP colleagues Patrick O’Flynn and Suzanne Evans, the Bruges Group thinktank, AltNews Media editor-in-chief David Vance,  Conservative Woman writer Kathy Gyngell, TalkRadio host James Whale, among many others have jumped to Farage’s defence.

Nigel Farage’s contract with LBC is up very shortly and, following discussions with him, Nigel is stepping down from LBC with immediate effect. We thank Nigel for the enormous contribution he has made to LBC and wish him well.

This has now led to calls for Nick Ferrari, another conservative LBC host to be fired from the station.  This mainly relates to a clash he had with activist Afua Hirsch back in 2017 over her widely panned Guardian column calling for Nelson’s Column to be toppled in the wake of the Charlottesville protests. In the conversation, he asked her why she stayed in the country if she didn’t like the monuments, leading some to criticise Ferrari for racism, and Afua herself shared the clip in light of recent events.

In a former life, when I thought you cd politely persuade people not to be racist

Their response? "If you don't like it here, LEAVE". Which I'm yet to hear said to a white British person

Racism is telling black people who have a critique of their own country, they should leave pic.twitter.com/Dhx4G0yloP

Following the Manchester Arena terrorist attack in 2017, host Katie Hopkins was fired for tweeting about needing a ‘final solution’ in response to frequent terrorist attacks. Farage himself has revealed in a TalkRadio interview that he was going underground for now, even though he wanted to be part of the ‘public debate’.

What is next for Nigel Farage?

Nigel says "I want to be part of the public debate…but for the next couple of weeks I'm going to go fishing and wait for the pubs to open".@Iromg | @Nigel_Farage