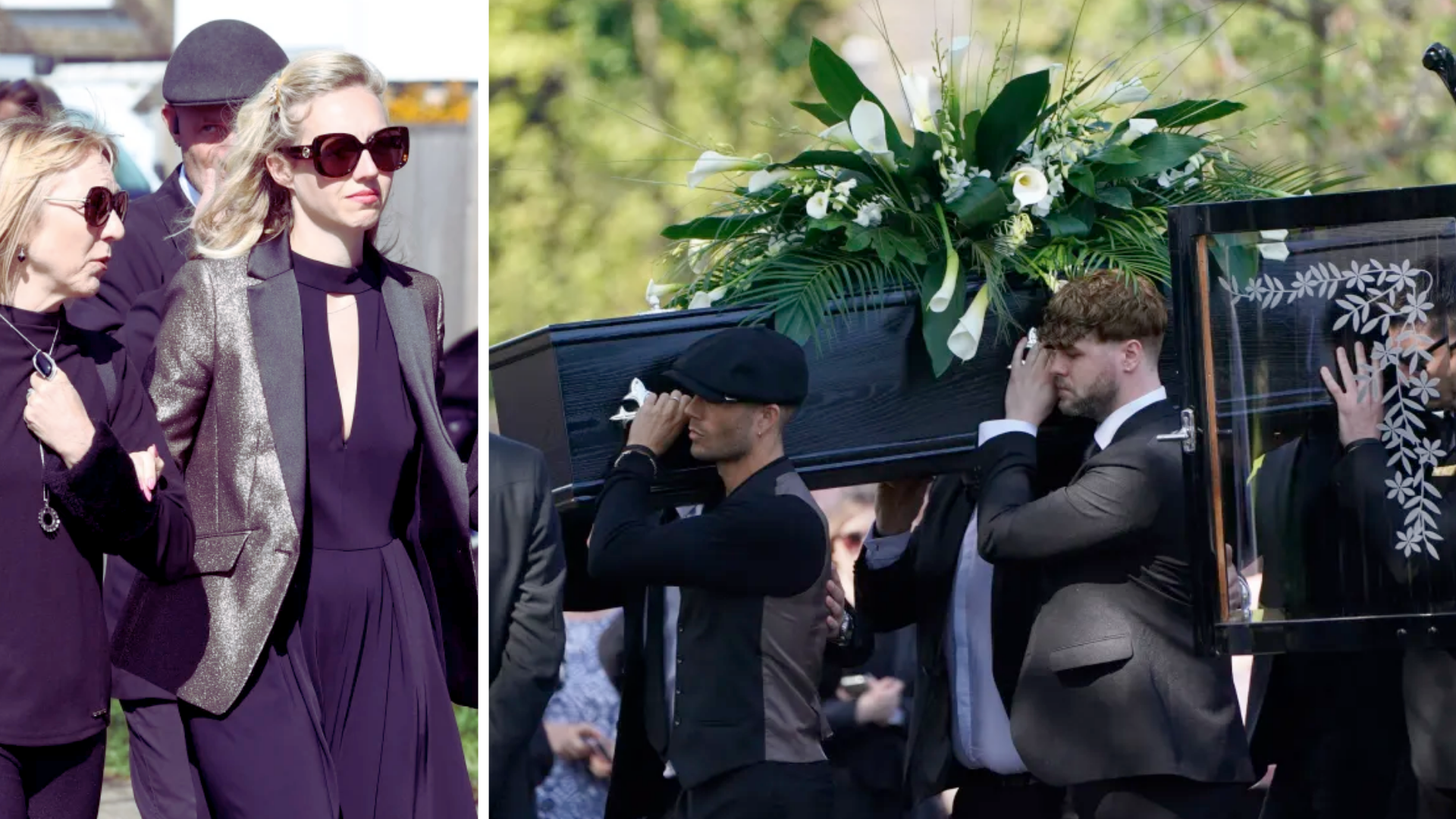 Jay McGuiness, Max George, Siva Kaneswaran and Nathan Sykes served as pallbearers, and the singer’s widow Kelsey was among the procession into St Francis of Assisi church in Petts Wood, south-east London.

Liam Payne from One Direction was given a round of applause by fans who stood in silence waiting for the private service to be live-streamed on to three large screens.

Fans of the boy band huddled around the screens in silence, many clutching tissues and crying.

Parker died last month at the age of 33, surrounded by his family and bandmates, 17 months after being diagnosed with an inoperable brain tumour.

Before the procession through Petts Wood, family and close friends of the star gathered in the Sovereign Of The Seas pub opposite the funeral parlour.

Fans dressed in black gathered along the high street to pay their respects before falling silent as his coffin was placed into the horse-drawn carriage.

A photograph of Parker in a white rose-adorned frame was placed inside the carriage, alongside photographs of handprints from his children, Bodhi and Aurelia.

Receptionist Chloe Mayne, 25, from Plumstead, a self-professed “super-fan” of the late singer said: “It was amazing seeing him (perform live). It’s horrible that I saw him at the O2 and then two weeks later he died.

“The day he died it really hit me. To be fair I don’t think anyone was expecting it that quickly, I thought he’d have at least another Christmas and maybe next year.

Ms Mayne said she was 15 when she became a fan of The Wanted and had attended around 25 of the band’s concerts, adding: “He was my childhood, really.”

Kevin George and Susan Potter, from Orpington, whose eldest son Daniel died from an astrocytoma grade three brain tumour at the age of 22 in 2018, were among those waiting outside the church.

Asked whether Parker’s campaigning for brain tumour research in his final months had affected her, Ms Potter, who was carrying a framed picture of her son, said: “Of course it did, especially the BBC One interview that they did and the way he dealt with it. It was exactly how my son dealt with it – exactly.

Despite his diagnosis, in the weeks before his death he had performed on stage with his bandmates as part of their much-delayed reunion tour.