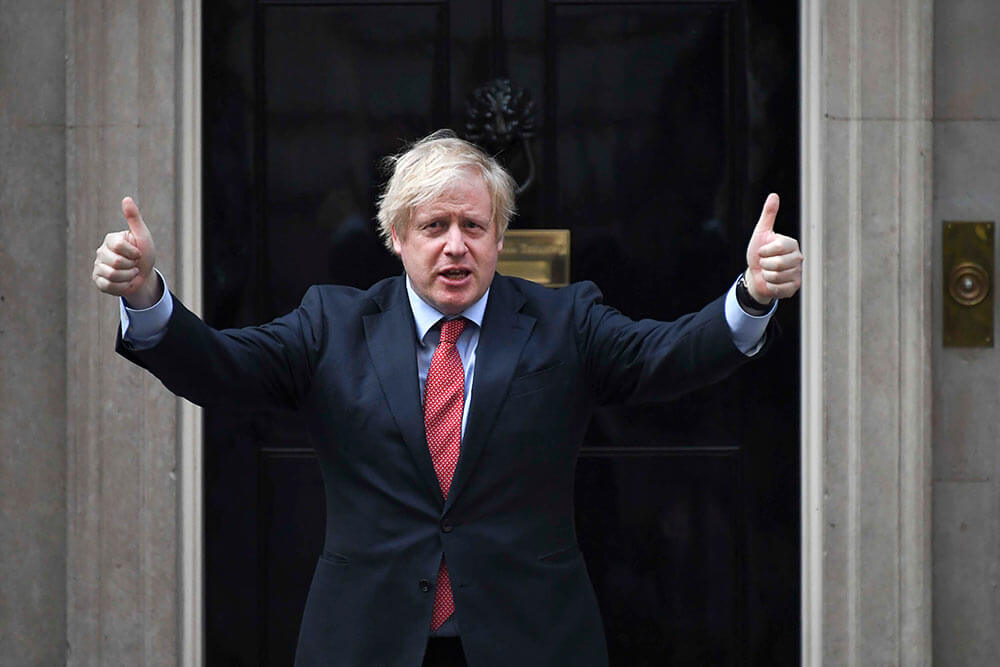 BORIS Johnson defied calls to resign despite a fresh wave of ministerial resignations, a scathing attack by former Cabinet minister Sajid Javid and signs that support on the Tory backbenches is ebbing away.

He reportedly told aides when asked if he would resign: ”f*ck that!” in typical Boris style.

At Prime Minister’s Questions, Mr Johnson said the “colossal mandate” he had been handed by voters in 2019 means he should keep going despite the “difficult circumstances” he faces.

His appearance in the Commons came as six more Government ministers and two ministerial aides quit on Wednesday, following the exit of senior figures including Rishi Sunak and Mr Javid the night before.

Tory Tim Loughton asked Mr Johnson in the Commons if there are “any circumstances” in which he should resign.

The Prime Minister replied: “Clearly if there were circumstances in which I felt it was impossible for the Government to go on and discharge the mandate that we have been given or if I felt, for instance, that we were being frustrated in our desire to support the Ukrainian people… then I would.

“But frankly the job of a Prime Minister in difficult circumstances when he has been handed a colossal mandate is to keep going, and that’s what I’m going to do.”

But Tory MP Gary Sambrook told Mr Johnson directly: “There is nothing left for him but to take responsibility and resign,” while former Cabinet minister David Davis called on the PM to “put the interests of the nation before his own interests”.

The Prime Minister stayed in the Commons chamber as former health secretary Mr Javid set out the reasons for his resignation, saying Mr Johnson was not going to change and “enough is enough”.

Mr Javid said: “Treading the tightrope between loyalty and integrity has become impossible in recent months.

“I will never risk losing my integrity.”

He said “the problem starts at the top and I believe that is not going to change”.

In a message to Cabinet ministers who decided not to quit, he said: “Not doing something is an active decision.

“I’m deeply concerned about how the next generation will see the Conservative Party on our current course.

“It is incumbent on all of us to set high standards for ourselves and to take action when they are not met by others.”

In ministerial resignations on Wednesday:

– Former schools minister Mr Walker told the Prime Minister the “great achievements” of the Government have become “overshadowed by mistakes and questions about integrity”.

– Ex-children and families minister Mr Quince said he could not accept being sent out to defend the Prime Minister on television with inaccurate information over the Chris Pincher row.

– Mr Glen told the Prime Minister he could not reconcile staying in his Treasury job with “the complete lack of confidence I have in your continuing leadership of our country”.

– Former justice minister Ms Atkins told Mr Johnson: “I can no longer pirouette around our fractured values. We can and must do better than this.”

Ms Churchill quit her role as an environment minister, saying: “Recent events have shown integrity, competence, and judgment are all essential to the role of Prime Minister, while a jocular self-serving approach is bound to have its limitations.”

A total of 21 MPs have resigned their positions as ministers, parliamentary private secretaries, trade envoys or Tory party vice-chair since 6pm on Tuesday.

Mr Johnson will endure a grilling by the Liaison Committee of select committee chairmen and women at 3pm on Wednesday – including some senior Tory critics.

Education Select Committee chairman Rob Halfon, one of those who will question the Prime Minister, said he would back a change in leadership, criticising not only a “real loss of integrity” but also “a failure of policy”.

Transport Select Committee chairman Huw Merriman told the BBC Mr Johnson should resign if he has “any dignity left”.

New Chancellor Nadhim Zahawi hinted at reversing a planned rise in corporation tax as part of the effort to win over Tory MPs.

Mr Zahawi sought to reassure Conservatives that “nothing is off the table” when questioned about possibly scrapping the planned increase in corporation tax from 19% to 25% in April 2023.

“I know that boards around the world, when they make investment decisions, they’re long term, and the one tax they can compare globally is corporation tax,” he told Sky News.

“I want to make sure that we are as competitive as we can be whilst maintaining fiscal discipline.”

But the Cabinet reshuffle does not appear to have persuaded Mr Johnson’s critics to hold fire, with anger over the handling of the scandal around Mr Pincher one of the key factors.

Mr Quince was one of the ministers sent on the airwaves to defend Mr Johnson’s position over Mr Pincher, who quit as deputy chief whip after allegedly assaulting two men while drunk at London’s Carlton Club.

The Prime Minister later acknowledged he had previously been informed of allegations against Mr Pincher dating back to 2019 and said he regretted keeping him in government beyond that point.

Mr Quince said he had received a “sincere apology” from Mr Johnson for being sent out with an “inaccurate” briefing about the Prime Minister’s knowledge of events.

The Prime Minister’s authority had already been damaged by a confidence vote which saw 41% of his own MPs withdraw their support in June.

The loss of crunch by-elections in Wakefield and Tiverton and Honiton later that month triggered the resignation of party chairman Oliver Dowden, while there is still lingering resentment over coronavirus lockdown-busting parties in Downing Street.

The Prime Minister’s fate may ultimately lie with backbench MPs if the Tory 1922 Committee’s rules are changed to allow another confidence vote within 12 months.

In a sign that discontent stretches across the party, Lee Anderson, one of the MPs elected in 2019 in Red Wall seats who largely owe their political careers to the Prime Minister, said he too had lost faith in the leader.

The Ashfield MP pointed to the row over Mr Pincher’s appointment and said: “Integrity should always come first and sadly this has not been the case over the past few days.”