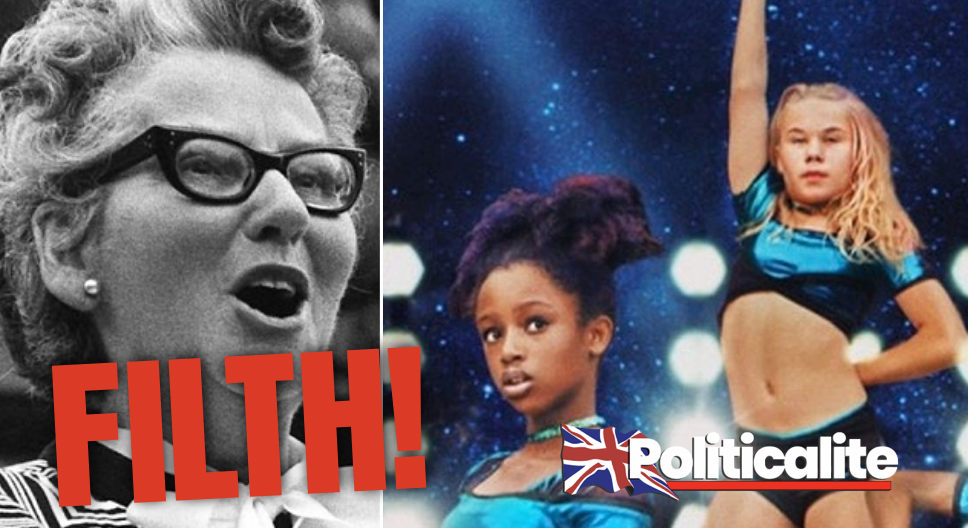 IN LIGHT of the release of the extremely controversial Cuties on Netflix over the weekend, Edward Howard examines the film itself, as well as the history of Hollywood’s paedophilia problem, mainly in its several other films which have endorsed that disgusting lifestyle.

Is there anything more that needs to be said about Cuties? The heavily controversial French film – of which critics have claimed endorses child pornography, and with good reason – has caused a political firestorm not seen for mainstream cinema since The Human Centipede II was banned around the globe. Viewers were outraged, prominent commentators condemned the film’s nature, and even politicians have got involved, with US Republican Senator Josh Hawley calling for Netflix to explain why they have distributed the film in the first place.

The only good news to come from this whole sorry mess was that it has done something rare in the US – united both left and right in condemning the film, most notably with Donald Trump Jr. and Tulsi Gabbard being on the same page on the film, the latter of who called it ‘child porn’. It’s at least to see some political unity in the States these days that goes beyond a former President dying and 9/11 memorials. It’s definitely the main good thing to come out of this trainwreck, especially given that it has once again raised another problem that has plagued Hollywood for several decades now, and more so after Harvey Weinstein and the #MeToo movement got started – their acceptance towards paedophilia, often either portraying it sympathetically in their movies, or worse still, covering up for predators who engage in that sort of behaviour, and it goes back much farther than Cuties, very sadly. 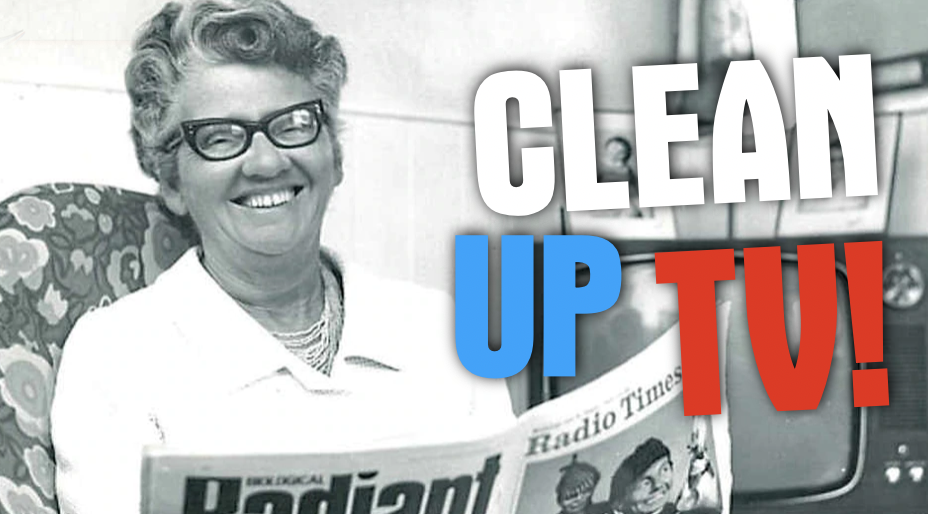 The most obvious has been – for decades at least – films that portray either paedophilia as something that comes naturally at best, and at worst full blown child sex for the sake of ‘art’. The most mainstream film to do this was 1999’s overrated Best Picture Winner American Beauty. Here, the middle-class, married main character of Lester Burnham goes on a quest to date one of his daughter’s teenage friends. Instead of being treated as something wrong and legitimately questionable, it’s instead seen as a quirky and whimsical plot which leads to many of the film’s more… shall we say notorious scenes, including Burnham’s dream sequence. The fact that the actor who played him – Kevin Spacey – has since been accused of grooming younger actors makes this an even more uncomfortable watch. And while he doesn’t go through with it in the end, the fact that the film treats it as something normal and to be pitied instead of condemned, should sound alarm bells.

Other Hollywood films have entertained similar themes. Larry Clark’s controversial 1995 Kids is the most obvious, whereby underage actors engage in sexual activities, of which were so graphic that British censors had to remove them for UK release to avoid breaking child pornography laws. A similar fate befell the classic Blaxploitation film Sweet Sweetback’s Baadasssss Song, whereby a scene involving a 13-year-old actor miming sex had to be removed. Meanwhile, 2017’s Call Me By Your Name received much criticism from many conservative voices, like Rebel Media‘s Ben Davies and actor James Woods, for its depiction of a supposedly paedophilic relationship between a 17-year-old student and his 24-year-old teacher. 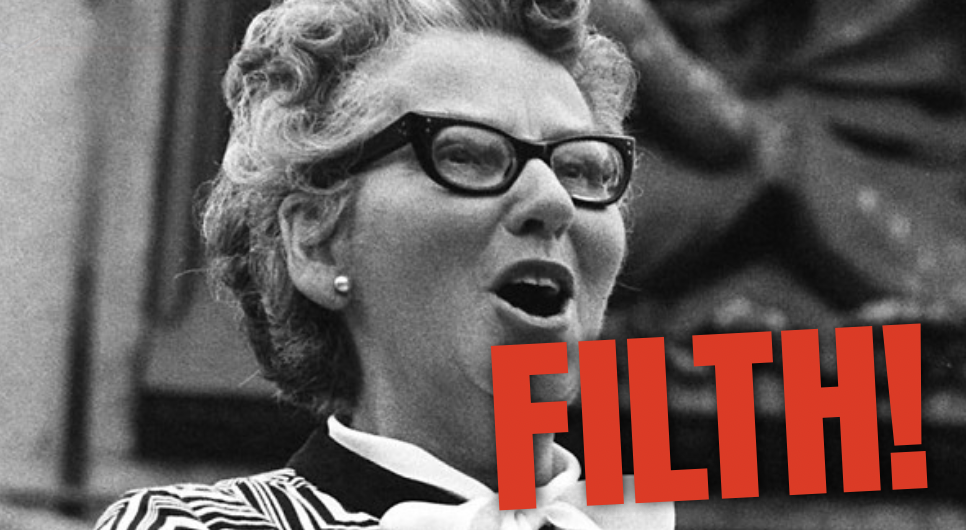 Others meanwhile are more innocuous, like the sexual jokes aimed at babies in 2009’s The Hangover for example. Other comedies made light of child sex, like 1994’s Milk Money, which centred on children wanting to see a prostitute naked, and 2001’s Freddy Got Fingered. In a film filled with various notorious scenes, perhaps the most disturbing was that of one taking place in the Institute of Sexually Molested Children, whereby such victims were in the hospital watching the 1974 classic horror film The Texas Chainsaw Massacre. Words fail me at this point. International films are arguably worse however, with films like Wim Wenders’ Alice In The Cities and Catherine Breillat’s Fat Girl also entertain themes of child sex and rape – the latter being cut by British censors for video release because of it. Breillat would later defend Harvey Weinstein’s predatory behaviour to add to the matter.

But even these films have nothing on the worst of the bunch, 1997’s Lolita. Adapted from the extremely controversial 1955 Vladimir Nabokov novel, the main conceit of both versions is the same; a man called Humbert Humbert who lusts after an underage girl. In the film version, the film takes a surprising morally ambiguous tone to his actions, despite how objectionable they are. These actions include stalking her, seducing her and then keeping her as under a guardian role after her mother is killed. To make matters worse, the 1997 version takes a very serious tone, unlike the earlier 1962 adaptation by Stanley Kubrick, which was much more blackly comic in nature. The fact that the film is so overly serious, all the while taking a laissez-faire and neutral stance on his behaviour makes an extremely disturbing watch, that while possibly well-intentioned, becomes a wicked advert for paedophilia in the wrong hands.

It unsurprisingly took a while for the film to get any distribution both in Australia and the United States, the latter only releasing it on TV. Meanwhile, the British Board Of Film Classification had to invite in child psychologists and experts to make sure that the film wouldn’t break British law before giving it an 18 uncut. It flopped thankfully, but not after positive critical press, which like Cuties‘ defenders, accused its detractors of stirring a moral panic or being ‘pervs’ to whom ‘lots of things are potentially pornographic’. To those defending it on those grounds, such an argument falls flat once one considers the BBFC rejected two deleted scenes for the DVD release, and whose rejection letter gave a real indication to the possible pornographic nature of the film, whereby Lolita’s breasts and pubic hair is shown. Very tellingly however, the film’s director Adrian Lyne noted that the film had hit ‘close to home’ for Hollywood because of the ‘paedophilia issue’ in a 1998 interview.

From that, should we be surprised about the rampant amount of paedophilia that has been exposed in Hollywood in the last few years, especially after the #MeToo movement? Over that time, several of the worst offenders in the industry fell, including the aforementioned Weinstein and Spacey, among many others. This had come despite endless years of attempting to silence those who blew the whistle, most notably how Corey Feldman was belittled for telling the truth, like how journalist Barbara Walters accused him of ‘damaging an entire industry’. If an industry is based on immoral stuff like this, then perhaps any damage can only be a good thing in the long run.

Especially if it was one whose actors embraced child rapist Roman Polanski, either excusing his behaviour or feeling ‘sorry’ that he was in jail, and even signing petitions to release  him. Hollywood had been keeping this Satanic behaviour secret for years – An Open Secret, if you will – and it was about time for it to be revealed and to cease with the Weinstein allegations onwards. You would think that following this, and the massive backlash against Hollywood that came about that movie studios and distributors would perhaps be more careful before releasing films that condoned paedophilia ever again. The release of Cuties proves that they haven’t at all.

But if you want to know how bad the situation is with paedophilia in Hollywood, don’t simply look to Cuties. Instead, picture this scene; in 1999, as film director Elia Kazan was accepting his honorary Oscar for his work on classics like On The Waterfront and East Of Eden, many actors refused to stand for him or applaud, citing his links to the House Committee on Un-American Activities, while protests took place outside against Kazan. 3 years later, Roman Polanski won a Best Director award at the Oscars for The Pianist. Despite him committing rape back in the 1970s, leading him to become an international fugitive and unable to attend the ceremony, was applauded by most in the room, and no protests against his award took place.

If one needs any further proof that Hollywood still continues to have a paedophile problem, it’s that; the moral relativist politics that have taken hold of the industry since the New Left took it over in the 1960s, whereby disagreeing with someone politically is far worse than raping a child. It is that industry and atmosphere that led to the widespread acceptance and release of Cuties by Netflix, not to mention its staunch defenders in the press, of who have argued that only right-wing cranks disagree about exploring child sexuality in film. If that isn’t a clear indictment on Hollywood’s paedophilia problem, I don’t know what is.