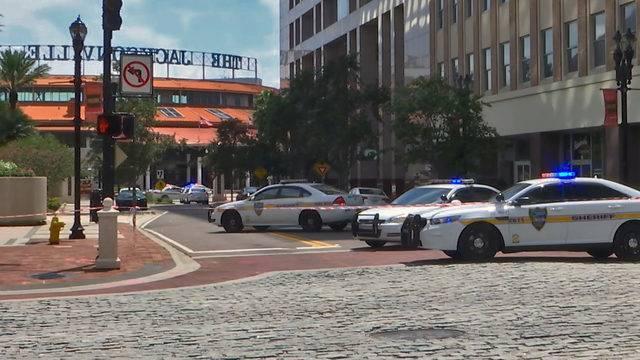 A MAN from California who played video games to earn money for college and a West Virginian whose e-sports winnings helped support his family were killed at a Florida tournament where a gunman targeted fellow gamers, U.S. authorities have said.

David Katz, 24, of Baltimore fatally shot himself after killing the two men and wounding 10 others on Sunday inside a pizzeria and bar that were hosting a Madden NFL 19 tournament, police said.

Mr Clayton’s parents and other relatives gathered outside police headquarters on Monday in Jacksonville to give a brief statement.

A cousin, Brandi Pettijohn, said the family was “devastated by yet another senseless act of gun violence”.

“He loved football, and out of all the videogames he could play, he settled on and mastered Madden,” Ms Pettijohn said.

“He made a good living gaming, and he saved his earnings so he could afford to go to college to continue his education.”

In a YouTube interview published by EA Sports, Mr Robertson said he had played Madden NFL since he was 10 and started playing competitively a few years ago.

“It’s certainly possible for any player to do this,” Mr Robertson said in the video.

Fellow gamers described Mr Robertson as a family man dedicated to his wife and children.

Gamer Derek Jones, who lost to Mr Robertson in the 2016 tournament, said his one-time rival was “one of the nicest people I ever met”.

“There’s no way that guy did anything to deserve to get shot,” said Mr Jones, who travelled to the Florida tournament from Santa Fe, New Mexico.

“He’s got a family at home, and he just came out here to try to win some money for this family.”

Katz was among about 130 gamers attending the competition at a shopping centre in Jacksonville.

The suspect clearly targeted other gamers who were in the back room” of the pizzeria, Mr Williams said.

“The suspect walked past patrons who were in other parts of the business and focused his attention on the gamers.”

Investigators determined Katz bought both guns in Baltimore within the past month. But Mr Williams said there was no indication he planned the shooting before Sunday.

The sheriff had previously said nine people were wounded by gunfire, but told reporters on Monday the total was 10. All of them, he said, were expected to recover. 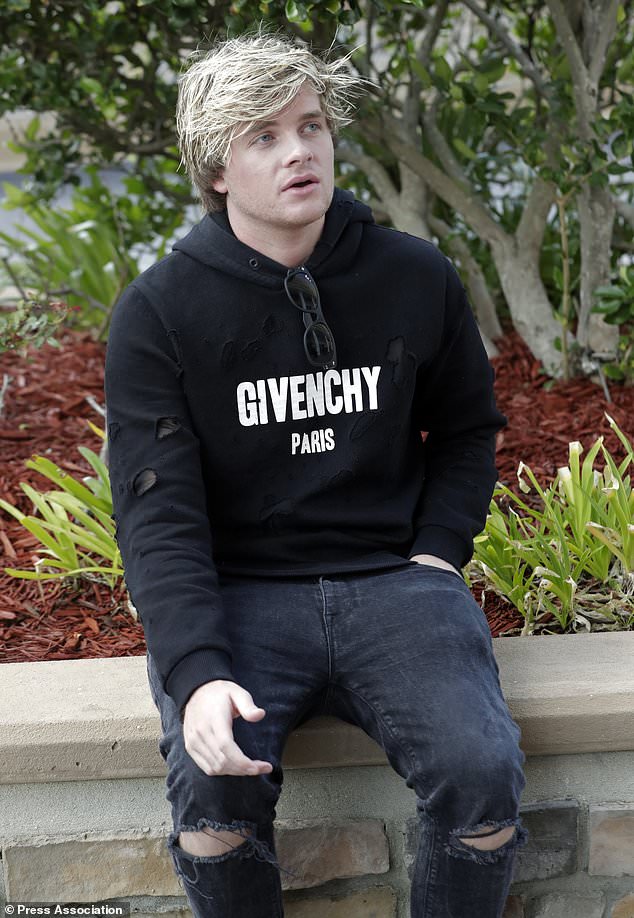 Shay Kivlen speaks Monday, Aug. 27, 2018, about the shooting at The Jacksonville Landing on Sunday, in Jacksonville, Fla. Kivlen told The Associated Press that the suspect, David Katz, didn’t talk much with fellow gamers, either online or when they met face-to-face for Madden tournaments. Kivlen was at his Jacksonville hotel when the shooting happened. (AP Photo/John Raoux)

Gamer Shay Kivlen of Seattle said he met Mr Clayton, whose gamer tag was Trueboy, about five years ago.

“He was one of the kindest people, most genuine guys I’ve ever met,” said Mr Kivlen, 21.

“He was super real, and that’s what I loved about him. If he was happy, you knew he was happy. He wore his emotions on his sleeve.”

“He would do kind of weird stuff online that other people wouldn’t do. He would catch a ball and just start jumping out of bounds and stuff when he could have gotten more yards, just hurting himself. I don’t know what he was doing.”

Mr Kivlen, who said he had once beaten Katz for a coveted spot in a tournament, heard secondhand from a friend that Katz was asking for his whereabouts shortly before the shooting.

After losing his single-elimination game on Sunday, Mr Kivlen said, he left to take a nap at his hotel about 20 minutes before the attack. He was watching a live stream of the tournament online when the gunfire erupted.

A friend hiding in a bathroom at the venue answered his phone. When he said Mr Kivlen may have been a target, Mr Kivlen called the police and an officer was sent to his hotel room for about 90 minutes until they received word that the gunman was dead.

“It just doesn’t make sense why he would do it,” Mr Kivlen said. “In Madden, you never get so mad at a loss that you would want to do that.”