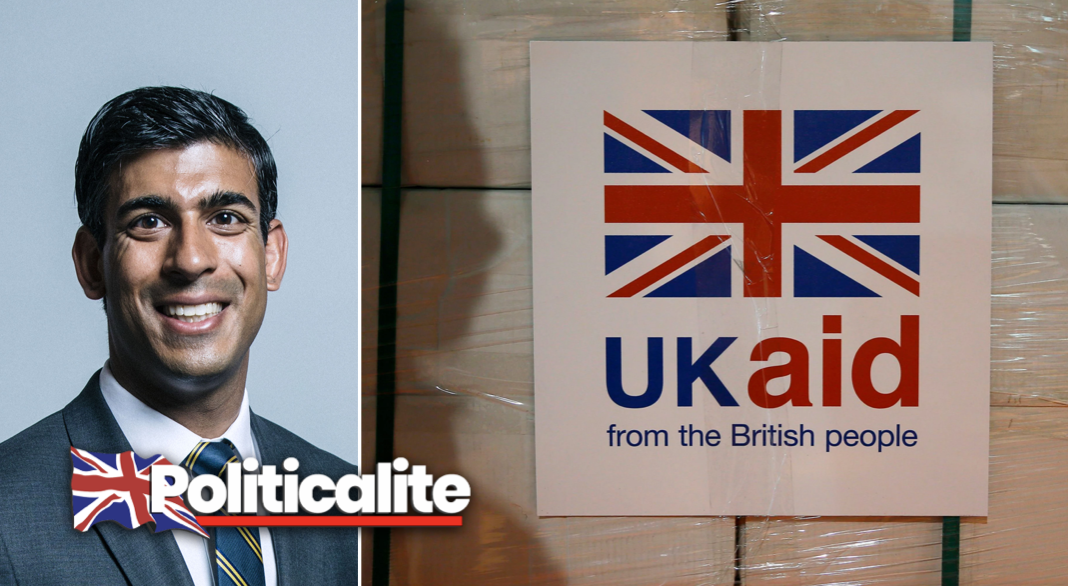 FOREIGN Aid is due to be axed to pay for Chancellor Rishi Sunak’s COVID-19 bill – of which £6.9 billion is for furlough alone, it has been announced,

In the surprise announcement, Chancellor Rishi Sunak hinted that one way in which he plans to pay for the bill of coronavirus spending – totalling £6.9 billion through the furlough scheme alone – would be through axing foreign aid spending, of which currently totals £15 billion per annum or 0.7% of total GDP spending, which is more than is spent on the police. This comes following developments earlier this year, which saw the Department for International Development scrapped and merged in to the Foreign Office, starting from September.

This plan would see some of the money set aside for foreign aid being used to fund Foreign Office and Ministry of Defence projects, and others in the charity sector. Sunak believes that he has the backing of both Prime Minister Boris Johnson and Foreign Secretary Dominic Raab for the move. However, this change would require a change in legislation; the 0.7% GDP target for foreign aid has been legally required since 2015 under the International Development (Official Development Assistance Target) Act, of which had passed Parliament with 166 ayes to 7 noes.

The foreign aid scheme has been heavily controversial since its start in 1797, due to allegations of misspending, financing corrupt regimes like those of Robert Mugabe’s Zimbabwe and the Ayatollahs of Iran and civil servants wasting it on projects like the £5 million spent on a group dubbed the ‘Ethiopian Spice Girls’ for example. Meanwhile, polling has consistently shown that most Britons don’t support high foreign aid spending, with a 2113 poll revealing that 66% of us wanted the foreign aid budget decreased as opposed to 7% who wanted it increased, making us the least generous country in Europe on the subject matter. Therefore, many supported the move online.

Leave.EU head Arron Banks praised the decision, stating that ‘foreign Aid creates local corruption and often make matters much worse’, feeling that ‘Individuals are free to donate their own money to charities they like’. Meanwhile, former UKIP MEP Roger Helmer stated that it was ‘great news’ and that the controversial HS2 project should go next. Former UKIP and SDP MEP Patrick O’Flynn noted that it was a good thing, as the ‘UK Government’ had a ‘higher duty to the well-being of Britons’. Conservative Cllr Joe Porter felt that it was ‘definitely the right move’ and that ‘trade is by far the best way of lifting people out of poverty’.

Not all supported the move however, with some arguing that it was a good thing to have foreign aid. ConservativeHome and UnHerd founder Tim Montgomerie wanted it not to be true, feeling that ‘the people helped by UK aid are poorer, hungrier, sicker and more vulnerable than any Briton’. Former disgraced BBC presenter Richard Bacon seconded Montgomerie, claiming that Tim’s ‘sentiment is correct’ and that ‘on average it’s obviously true’. On top of this, the director of the thinktank ECIPE David Henig suggested that the UK would become ‘Whither Global Britain’, and implied that Brexit was to blame, stating that ‘once you’ve had a vote to make the country more insular it is difficult to open up again’. Conservative MP Tobias Ellwood admitted that he wouldn’t ‘support’ the move, calling it ‘shortsighted in failing to appreciate how well targeted aid can strengthen relationships & open up new markets-thus helping the Treasury’.