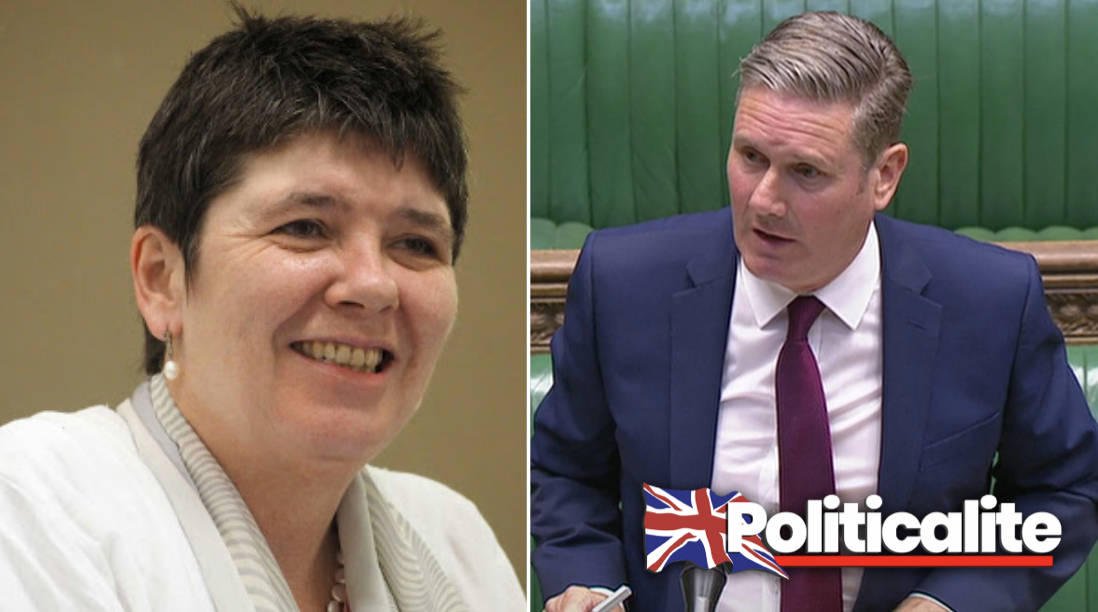 LABOUR leader Keir Starmer and his spokesperson have called for a possible peerage of former Brexit Party MEP Claire Fox to be blocked, due to her support for the IRA.

During an exchange between Conservative Prime Minister Boris Johnson and Labour leader Keir Starmer about the IRA, Johnson accused Starmer of having ‘supported an IRA-condoning politician’ when he was in former Labour leader Jeremy Corbyn’s Shadow Cabinet as a Brexit Secretary.

In response, Starmer asked for such comments to be withdrawn, stating that ‘when the prime minister has worked with the intelligence and security forces prosecuting criminals and terrorists he can lecture me’, referring to his work as an advisor to the Northern Ireland Policing Board and the Association of Chief Police Officers in 2102, and condemned Johnson for several ‘U-turns’.

Following the exchange, a spokesperson for Starmer was quoted as stating that ‘One thing we would remind the prime minister is that he has the power to block Claire Fox being nominated as a member of the House of Lords… So if he wants to take any action on this issue we suggest he does that.’

This relates to how following the 1993 Warrington bombing, which killed 2 children, Living Marxism the defunct magazine of the Revolutionary Communist Party Fox was affiliated with at the time, had defended the terrorist act, stating that they supported ‘the right of the Irish people to take whatever measures necessary in their struggle for freedom’.

Fox has refused to apologise for her stance, and following her recent nomination, both Colin Parry OBE and Lord Norman Tebbit – both of whom the victims of IRA violence, and the former had a son who died in the bombing – condemned the nomination. The former claimed that the peerage ‘offends me and many others deeply’, and the latter stated that ‘I don’t know what got into Boris Johnson’s mind about it’, noting that he had ‘too many friends who were murdered’, citing former MPs Ian Gow and Airey Neave, also citing how he wakes up ‘every day’ to see his wife ‘seriously injured’, due to the 1984 IRA bombing at the Grand Hotel in Brighton, which killed 5 and injured 31.

This isn’t the only controversy relating to Fox’s past, of which has since been reignited due to her recent MEP stint with the Brexit Party, and the recent cross-party Lords nomination. The most obvious was her magazine’s promotion of questioning the Bosnian Genocide, which led to Living Marxism shutting down over losing a court case against ITN for libel in 2000, due to their coverage of those events. While refusing to apologise for those statements, she had backed down from prior comments she had made, which insinuated that convicted glam rock musician Gary Glitter had the right to download child pornography. Fox apologised for those statements, arguing that ‘paedophilia is disgusting’.