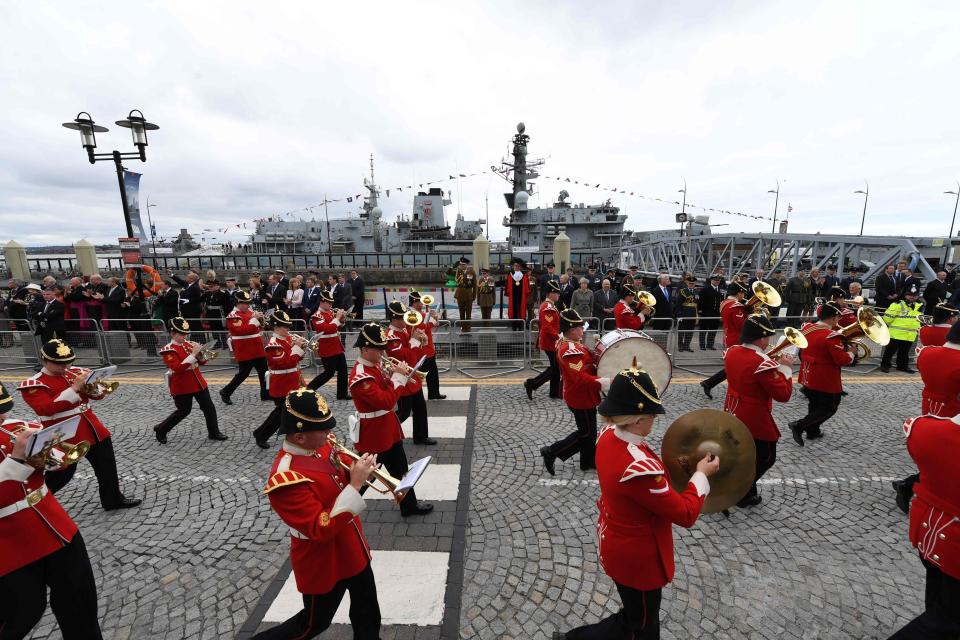 SINCE the shock general election result, many have accused Theresa May of being out of touch and lacking emotion.

They say she doesn’t know how to deal with the public, some of that is true but if we are to talk about integrity and who cares about Britain then lets look at where our two main political leaders were on Saturday.

ONE was at Glastonbury, telling crowds of young people high on the greatest psychedelic drugs that are known to man,  that peace is possible, that we can all live hand in hand and sing round the campfire.

The other was in Liverpool at Britain’s Armed Forces Day supporting Britain’s troops.

Take of that what you will, but can you guess who was where? SHOCK! Theresa May was in Liverpool and Corbyn was at Glastonbury.

When it comes to being a leader, shouldn’t a leader be representing the country and not his or her own ego?

Theresa May goes to places and gets jeered, it doesn’t stop her! Could you imagine Corbyn doing the same?

He may say he’s ditched new Labour, but when it comes to the PR spin, he’s better than Blair & Co.

For the first time in history, a political leader’s name has been chanted at the Glastonbury festival, this shouldn’t come as a shock, The festival has a long history of leftist political engagement and activism.

Theresa May may not have public relations down to a T, but when it comes to being behind Britain she is the clear winner. Jeremy Corbyn is a man who is still stuck in the 1960s. He’s a serial campaigner and activist who refuses to grow up.

Glastonbury is a perfect setting for Jeremy Corbyn and his socialist ideals. Strong mind altering drugs are widely consumed at the festival and this is the only environment that Corbyn can be taken seriously.

In this article:conservatives, featured, jeremy corbyn, labour, latest, theresa may