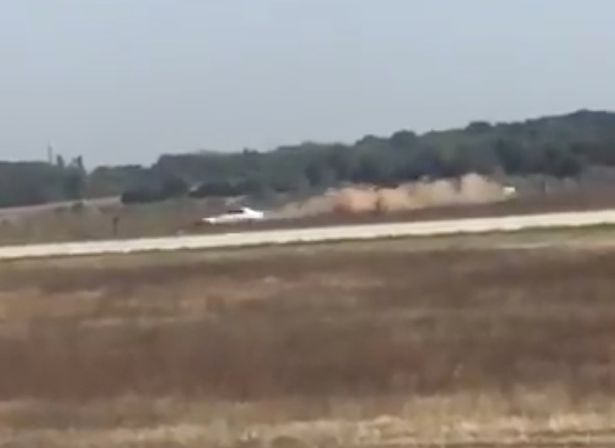 FLIGHTS have been grounded at Lyon Airport after a car appeared to race onto the runway followed by emergency services.

A video of the incident showing a white car driving through the airport has emerged on social media.

A damaged grey Mercedes can be seen driving through the airport enclosure followed by dozens of police cars.

It hits an embankment before the driver allegedly tries to flee on foot.

Flights have been grounded and no landings are taking place.

Most have been diverted to Marseilles.