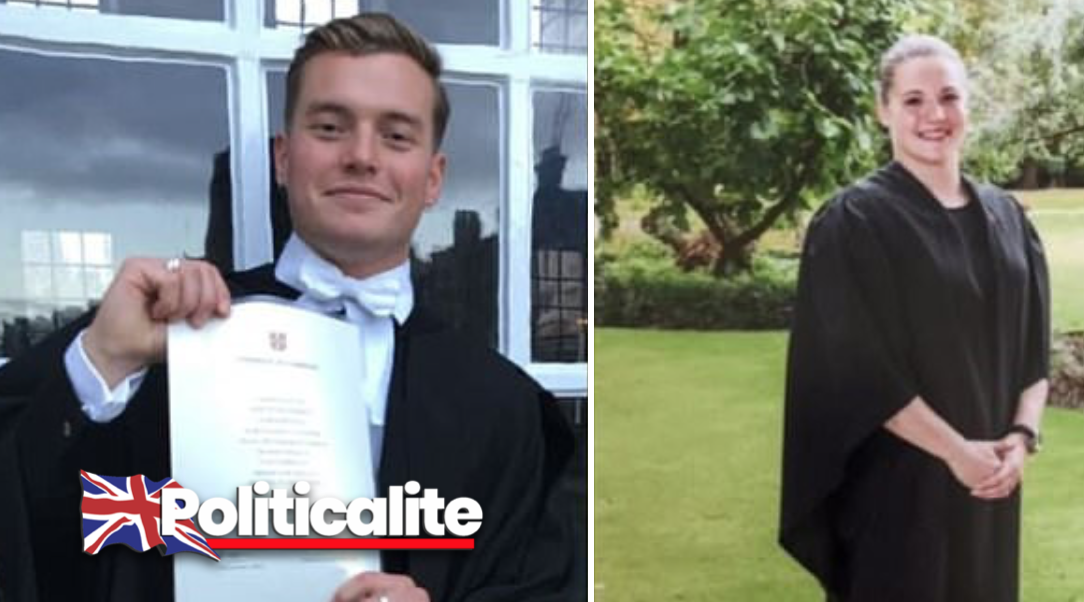 A HERO who who sprayed the London Bridge terrorist with a fire extinguisher was a convicted killer and a close friend of victim Jack Merritt.

John Crilly, an ex-prisoner who subdued attacker Usman Khan alongside a chef armed with a long pole, said 25-year-old Mr Merritt, who helped to rehabilitate him, was “the best guy I ever met”.

The pair were course co-ordinators on the Learning Together programme, which is aimed at bringing offenders and people in higher education together to “study alongside each other”.

Khan attacked five people including the graduates, armed with two kitchen knives and wearing a fake suicide vest, before he was tackled by Mr Crilly and several others on London Bridge.

He was then shot dead by police at point-blank range.

The details about Mr Crilly emerged as NHS bosses said the three patients taken to hospital after the attack have now been discharged home.

Dr Vin Diwakar, medical director for the NHS in London, said: “All three people taken to hospital following Friday’s attack at London Bridge are recovering well and the final patient has been discharged home.

“I would like to thank all our wonderful NHS staff for the care given to those who were hurt.

“Our thoughts remain with the families and friends of those who sadly lost their lives and all those who have been impacted. NHS mental health advice and support is available for anyone affected by these events.”

Following the incident, Mr Crilly spoke highly of his friend, saying Mr Merritt attended his graduation and was the “best guy I ever met”.

He said on Facebook: “(Jack) was killed by a shithouse of a pathetic rubber dingy rapids type terrorist.

“To educate him. As he educated me.

“How proud am I to be called Jack Merritt’s friend.”

Mr Crilly’s friend, Michelle Crosby, said Mr Merritt would have been “proud” of his actions on London Bridge.

She said: “You’ve been through such a trauma, your response was heroic, I’m sure your friend would be proud of you. We all are!

“Such a shit world Crilly but you lot took it on and didn’t let him win.

“RIP to Jack, thoughts are with you all.”

Jack’s father, David Merritt, said in an article in the Guardian on Monday that his son “would be livid his death has been used to further an agenda of hate” against prisoners.

Mr Crilly shared the article on Facebook the next day and said: “I’m SO down with f****** shit up in JACK’S name!! RIP Jack. Love you! Missing you so much already! xx.”

He had served 13 years in prison after being convicted of murdering 71-year-old Augustine Maduemezia, but his conviction was quashed after a Supreme Court ruling and he was released in 2018.

The court said the joint enterprise law – where defendants were prosecuted for murder even if they did not strike the fatal blow – had been misinterpreted.

Mr Crilly met Mr Merritt while in prison, where the graduate from Cottenham, Cambridgeshire, was a course co-ordinator for the Learning Together programme.

The 48-year-old studied for an Open University law degree while in prison and graduated this year.

Speaking after his release last year, Mr Crilly said: “I had a bad life, I’ve changed it, I wasn’t guilty of murder.

A statement from Mr Merritt’s family said: “Jack Merritt, our beautiful, talented boy, died doing what he loved, surrounded by people he loved and who loved him. He lit up our lives and the lives of his many friends and colleagues, and we will miss him terribly.

“Jack lived his principles; he believed in redemption and rehabilitation, not revenge, and he always took the side of the underdog.

“Jack was an intelligent, thoughtful and empathetic person who was looking forward to building a future with his girlfriend, Leanne, and making a career helping people in the criminal justice system.”

Ms Jones, a volunteer on the programme from Stratford-upon-Avon, Warwickshire, was described as having “great passion” for providing support to victims of crime by her family.

In a statement they said: “She was intent on living life to the full and had a wonderful thirst for knowledge, enabling her to be the best she could be.”

FOR THE FEW: The Dark Money Funding YOUR Election
DEN OF THIEVES: The Ten MPs Who Claimed More Than £200K in Expenses
To Top