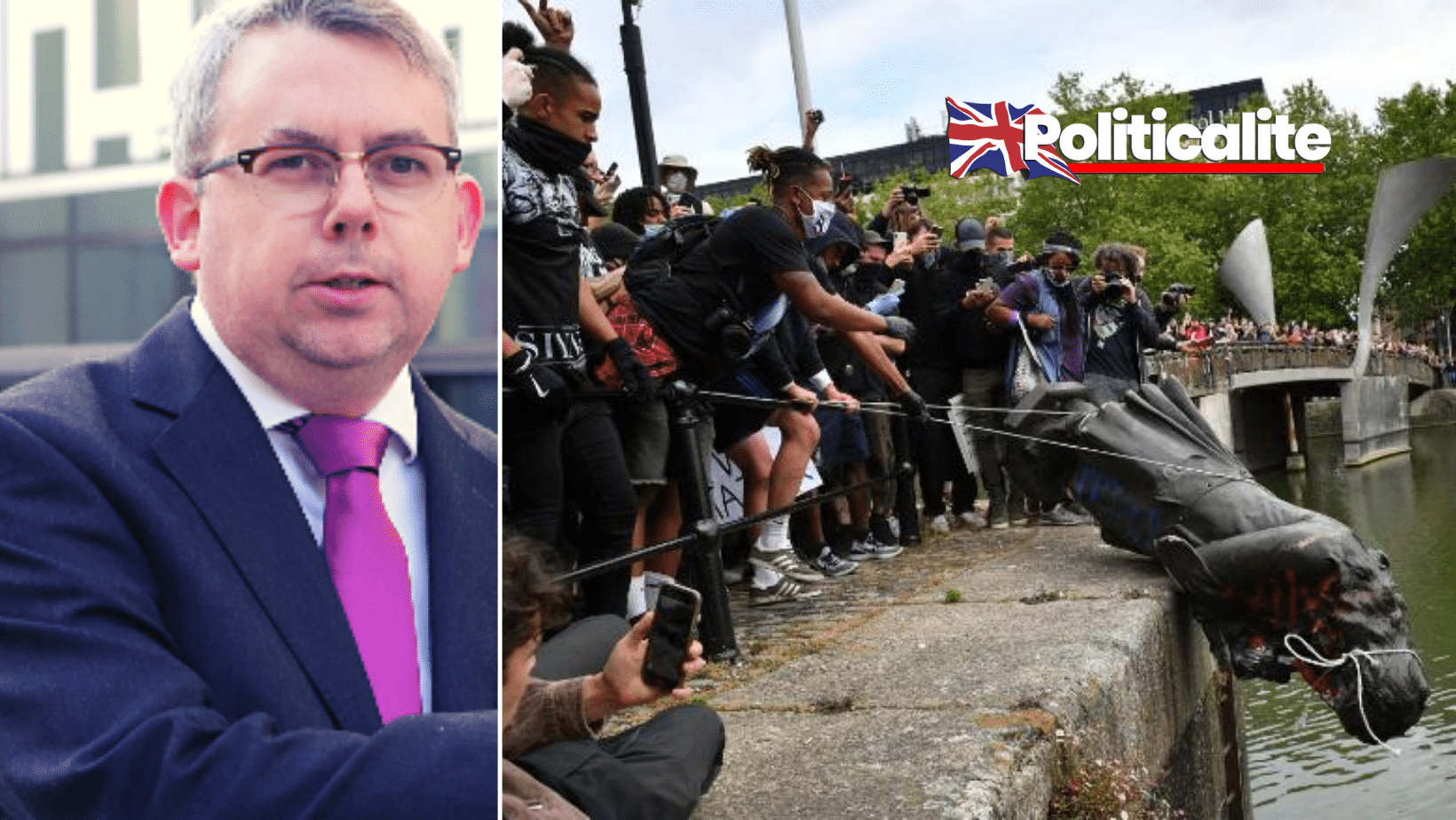 AN ACTIVIST for Hope Not Hate has defended statue toppling in light of the recent controversies and riots that have taken place in response to the UK Governments stricter penalties against such behaviour.

In a the written in The Metro, titled ‘Why does the UK seem to value statues more than human lives?’, Matthew McGregor who is the campaigns director for the organisation, defended criminal activists.

He starts by insinuating that the anarcho communist rioters in Bristol over the weekend – of which have seen 8 arrests so far, alongside the 21 police officers who were injured – while condemning the mostly peaceful anti lockdown protestors in London as fighting against ‘imaginary’ problems.

He also started by stating that those concerned by statue toppling by far-left activists are ‘Britain’s racists’, linking them with the likes of the populist right group the Democratic Football Lads Alliance and the anti-Islam activist Tommy Robinson in the process, as they also objected to such a move.

He also noted that those who objected to the toppling weren’t ‘interested’ in how the ‘cruel and brutal slavers’ of Edward Colston, Robert Milligan and Picton should have their statues removed, because they cause ‘harm to people today’.

He then used statistics of which claimed that people of minority status in Britain didn’t care for statue toppling, despite conflicting evidence, such as a recent poll that showed that 84% of Black Britons alone objected to the removal of statues as well, alongside a nationwide rejection of such a notion.

He then also defended the far left Black Lives Matter organisation, claiming it was a movement based on ‘defence of the oppressed’ and simply attacked a ‘worldview’ of what Britain was, of which wasn’t anti white.

Politicalite has uncovered in the past BLM’s links to far-left political leaders, such as Venezuelan leader Nicholas Mudaro and the communist terrorist Susan Rosenberg, and big business funding, such as that of the ice cream company Ben & Jerry’s.

Others have criticised BLM for alleged racism against white people, including former New York Mayor Rudy Giuliani and the British Member of Parliament Kemi Badenoch.

He also lumped in other people as ‘far right’, including both Jake Hepple – a man who became internationally recognised for flying a plane reading ‘White Lives Matter, Burnley’ over a Premier League game, of which saw him and his girlfriend hounded out of their jobs – and counter BLM protests, of which he claimed consisted mainly of ‘football hooligans’ and ‘far right activists’.

He concluded by claiming that the Conservative Party was entertaining the far right by getting involved in debates over statue toppling and illegal aliens entering the UK, all the while concluding that statues were simply ‘metal and stone’. He then claimed that such ‘symbols’ don’t bring national unity, and the government should be careful in how they move next.

Hope Not Hate are a very controversial organisation, with many on the right accusing them of smearing conservatives they disagree with. Recently, they had to pay a settlement to pro Israel activist Sharon Klaffe, of who the organisation had lied about, claiming she had attended a confrontation at the communist Booksmarks bookstore in London, when she didn’t.

In this article:featured, Hope Not Hate, Statues, Tommy Robinson
Up Next:

THE WORLD IS YOURS: Creating the Life of Your Dreams