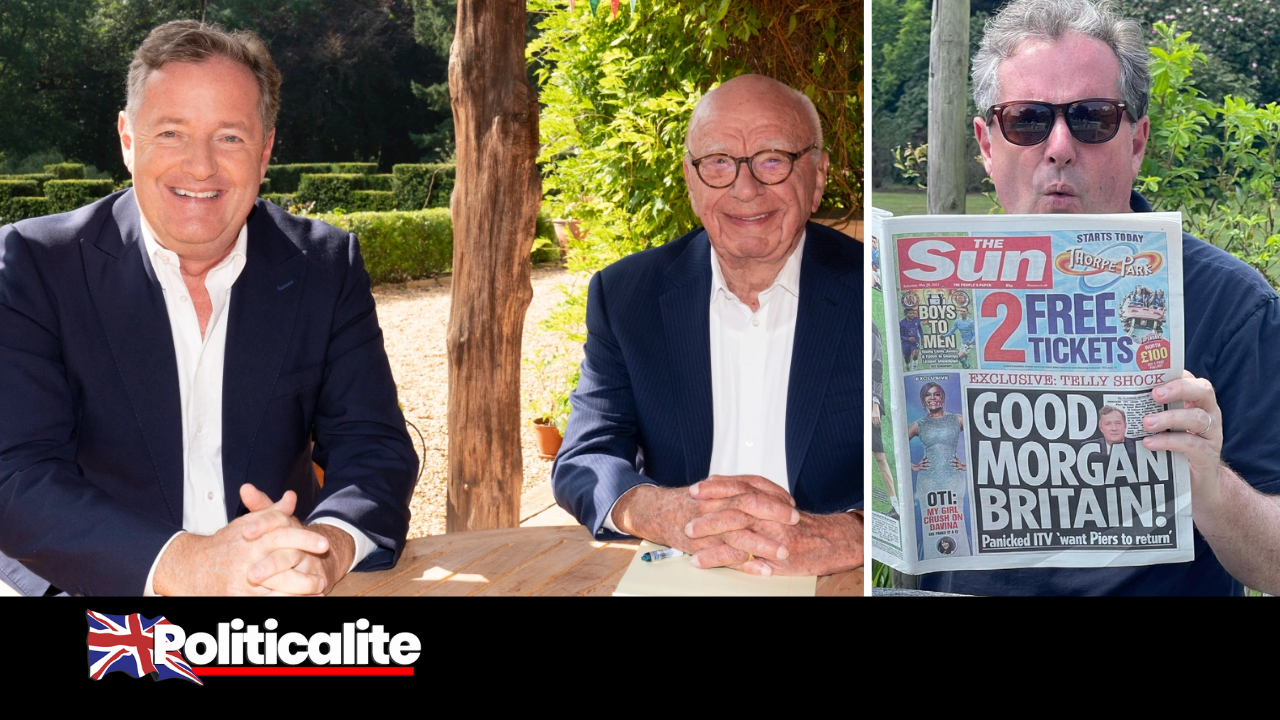 The Tabloid loudmouth and former Mirror editor is joining The Sun and TalkTV in a comeback dubbed ‘The Biggest Comeback Since Ronaldo’.

NewsCorp described Morgan as “Britain’s powerhouse journalist” and said “he is returning to his roots and coming back to where he started his brilliant career”.

He will have a weekly column in The Sun and The New York Post and will present a daily TV show airing weeknights in the UK, US and Australia and present a series of True Crime documentaries.

“He will bring his vast experience and bold opinions to The Sun to tackle the big issues in his new regular column for our website and newspaper.” said the paper.

He said his show will be a “fearless forum for lively debate” which will “celebrate the right of everyone to have an opinion.”

“We’re going to have some fun.”

“I’m thrilled to be returning to News Corp, which is where I began my media career more than 30 years ago.”

“Rupert Murdoch has been a constant and fearless champion of free speech and we are going to be building something new and very exciting together.”

“I want my global show to be a fearless forum for lively debate and agenda-setting interviews, and a place that celebrates the right of everyone to have an opinion, and for those opinions to be vigorously examined and challenged.”

“I’m also delighted to become a columnist for The Sun and the New York Post, two brilliantly successful and popular newspaper brands.

“I’m going home and we’re going to have some fun.”

Rupert Murdoch, Executive Chairman of News Corp, said: “Piers is the broadcaster every channel wants but is too afraid to hire.”

“Piers is a brilliant presenter, a talented journalist and says what people are thinking and feeling.”

“He has many passionate fans around the world and we look forward to expanding his audience in the UK, at Fox Nation, Sky News Australia, The Sun and the New York Post.”