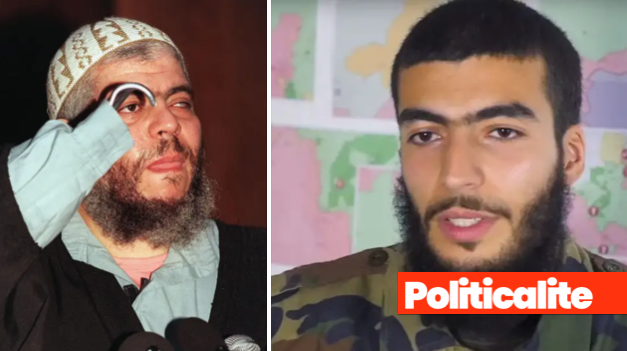 RADICAL Hate Preacher Abu Hamza’s SON wants to return to the UK, according to reports.

Suspected terrorist Sufyan Mustafa, 24 fled Britain for Syria in 2013 and has had his citizenship revoked.

It was reported last year he was prevented from boarding a flight to the UK from Turkey, where he is believed to remain, after his named was flagged up on a watchlist.

A source told the Sun: “He is trying to appeal against the decision to take away his British citizenship.

‘’He has been told he can travel from Turkey to Morocco but doesn’t wish to. ”

A friend of Mustafa told the Sun he was “desperate” to return.

Mustafa is the seventh son of cleric Hamza, who is serving life in prison over terror charges.

He has previously tried to distance himself from his father’s views and refuted the idea he would cause harm to anyone living here.

He has also spoken against ISIS in a video on his YouTube channel.

His plea to come back comes at the same time as ISIS bride Shamima Begum attempting to return home.

BABY BEGUM BACK: ISIS Bride Family Beg Britain To Let Newborn Come To UK
ON HIS JACK JONES: Jihadi Jack BEGS Britain to let him come back home
To Top