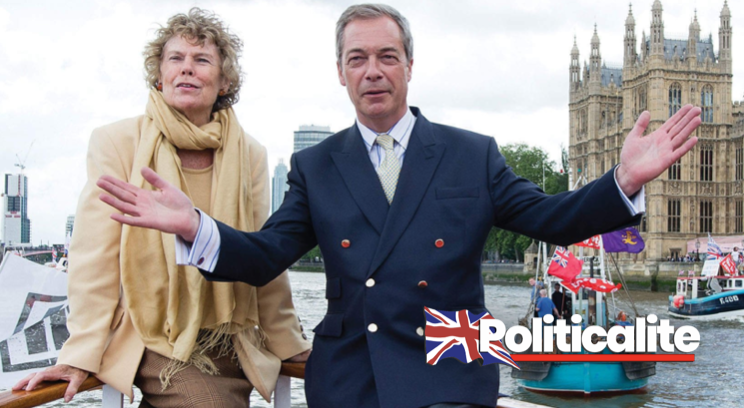 A RAFT of Brexiteers have been drafted into the House Of Lords peerages list for 2020 with several pro-Brexit names on the list.

In the recently released names for the latest peerages for the House Of Lords, various Brexiteers have made the cut, leading to much praise from Brexiteers online. This ranged from former politicians, to well-known celebrities, many of whom had backed Brexit during the 2016 EU Referendum and beyond.

On the Dissolution Peerages, this included former Conservative MPs like Sir Henry Bellingham, of who had served as MP for North West Norfolk between 1983-1997 and 2001-2019 and had ran for Speaker of the House last year, and the DUP’s former Westminster leader Nigel Dodds, of who had lost his Belfast North seat to Sinn Fein in the 2019 general election. Non-affiliated peerages had major Brexiteers here, with former Labour MPs Kate Hoey, Frank Field and Gisela Stuart making the cut.

On the Political Peerages list, financer and campaigner Dame Helena Morrissey was included, as was former Brexit Party MEP Claire Fox and Telegraph columnist Charles Moore, the latter of who authored the highly acclaimed trilogy of books about the life of former Conservative Party Prime Minister Margaret Thatcher. Cricket legend Ian Botham also made the list, best known for setting several records in the sport, is also included. Botham was one of the few major British celebrities to back leaving the European Union during the 2016 EU Referendum, alongside comedian John Cleese and Iron Maiden frontman Bruce Dickinson, among some others.

There were also some former Remain campaigners on there as well, including former Conservative MPs Sir Patrick McLoughlin, Ken Clarke and Jo Johnson, the brother of current Prime Minister Boris Johnson. There were notable absences, mainly that of former Speaker Of The House John Bercow, becoming the first Speaker for 230 years not to receive a peerage after Charles Wolfran Cornwall, of who died in office in 1789.

Nominations for the Leader of the Democratic Unionist Party:

Political Peerages 2020
Nominations from the Leader of the Conservative Party:

Nominations from the former Leader of the Labour Party

ILLEGAL INVASION: Nigel Farage REVEALS THE TRUTH about illegal immigrants in the UK
NOT BEGUMING BACK… YET: Boris Wins Bid To BLOCK ISIS Bride Return
To Top