PURPLE COUNTER-CULTURE: How UKIP became the political home of the young revolutionaries
Advertisement 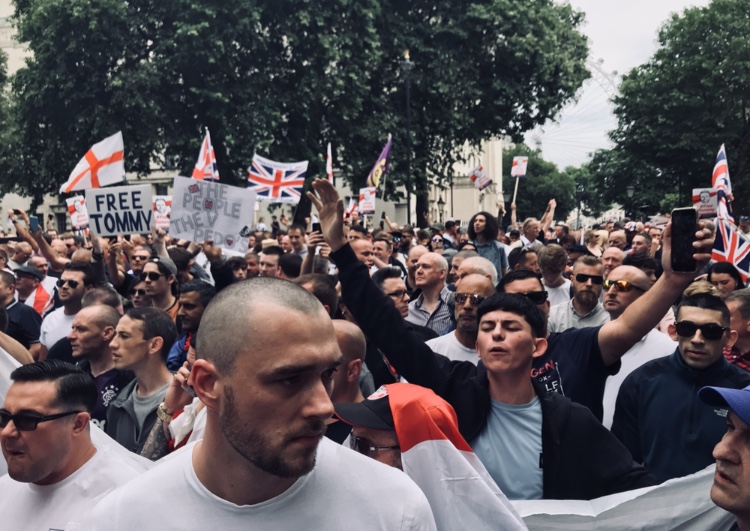 THE YOUNG are the revolutionaries of the world and It is the young who normally want to blow up the establishment.

It is the young who stick safety pins through their noses, dye their hair purple and shock all the old fogies.

It is the young who brought us punk rock and stuck their fingers up at the ‘disgusted of Tunbridge Wells,’ old ladies and retired colonels.

In modern-day Britain, it is the opposite. It is the young who are supporting the establishment. It is the young who think that the repressive EU is great and the young who overwhelmingly shout ‘racist’ at anyone who thinks that mass immigration needs to be stopped, without thinking about what the system is doing for their jobs, their housing and their future.

In a nutshell, they seem to be thinking more about their cheap flights and booze cruises in Magaluf, than their long-term prospects.

This is not the same all over Europe. Nearly half of all young French voters, supported Marine Le Pen whilst in Italy, more than 60% of the young supported an anti-EU, anti-establishment parties, both on the left and the right. The Visegrad countries show similar trends as central Europe’s youth roll right.

In the last local elections, I was interviewed by the BBC’s Newsnight. The entire line of questioning was that UKIP is finished and that UKIP has no purpose. That, of course, was what the moral signalling liberals at the BBC hoped for.

Get rid of UKIP and return to the ‘nice’ centre left. Return to a system where both parties effectively have the same policies and masquerade as a two-party democracy whilst espousing pretty much the same establishment policies.

Get rid of UKIP and you get rid of Clinton’s ‘Basket of Deplorables’ and Macrons’ “Leprosy of Populism. But something is happening and it been happening online over the last few weeks. This is big, and its it is going to change politics in this country forever.

Earlier this week Paul Joseph Watson with 874,000 Twitter followers joined UKIP as well as ‘Sargon of Akkad’ who promotes himself as a classical liberal and often has 500,000 hits on his youtube videos.

They were joined by ‘Count Dankula’ whose describes himself as ‘Anti-PC. Pro Free Speech. Edgi Boi. UKIP member and humble salt farmer. Alba Gu Bràth. I’m not a Nazi, but my dog is’.

You may remember the case where someone was given a jail sentence because his dog supposed made a Nazi salute. And on the back of this, just this week UKIP had a massive increase in new members.

These new members are likely to be on average, thirty years younger than UKIP’s traditional membership base, they are internet savvy, edgy, have reach and are counter-culture.

They are also all part of the ‘liberal’, conservative right in the true sense of both the word liberal and conservative.

As I said in the BBC interview, the fight is for the next 20 years and has hardly begun.

We are fighting for our entire civilisation against increasingly totalitarian governments and ideologies.

Despite the wishful thinking of the BBC, UKIP is not going away, as this week has shown.

ARE EU CRAZY! The EU plans to BAN memes and it will DESTROY the internet as we know it