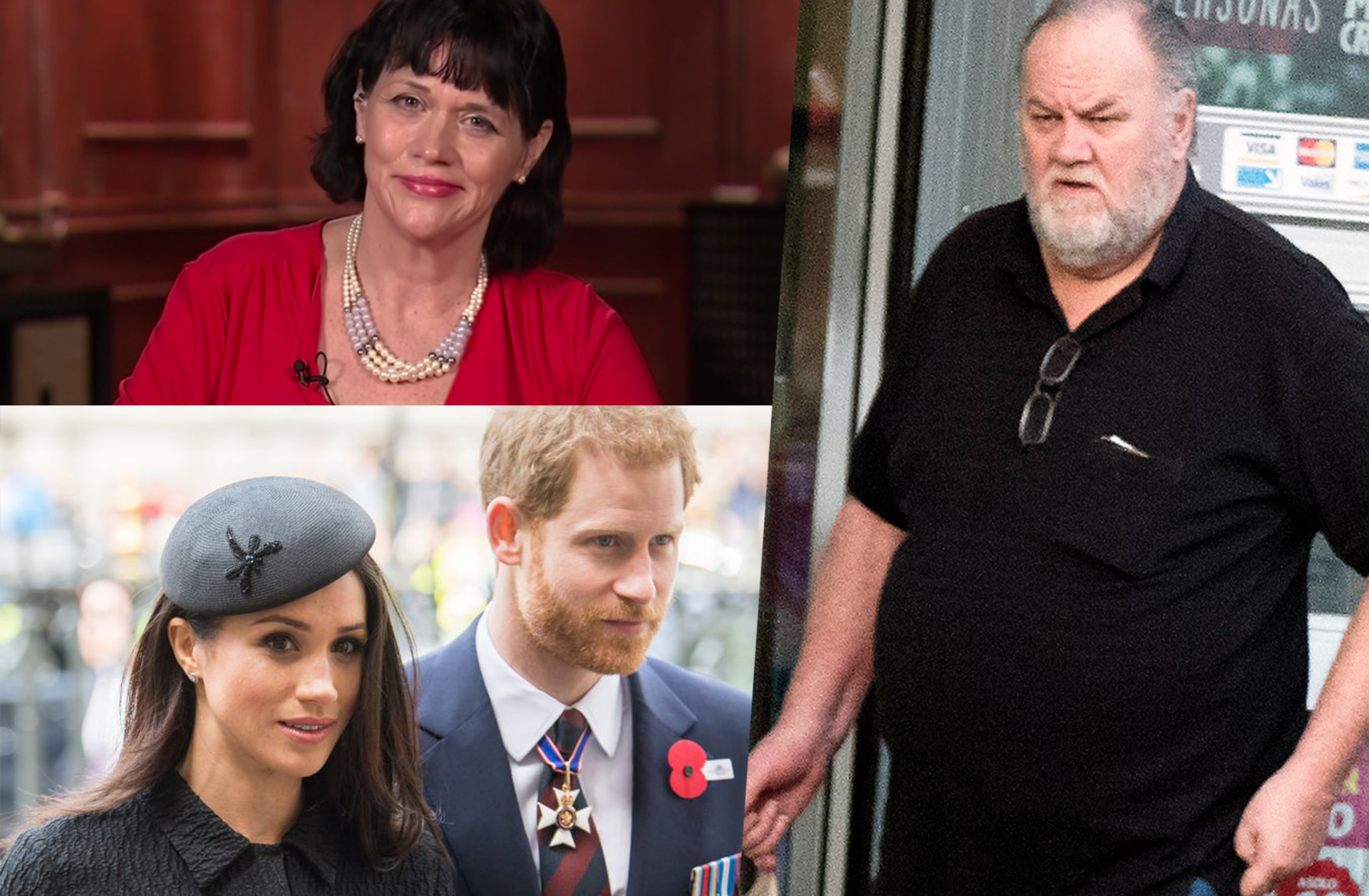 KENSINGTON Palace has been accused of abandoning Meghan Markle’s dad, Thomas following staged paparazzi photos that were brokered it to “defend” him from the paparazzi.

Her sister Samantha Markle has claimed Thomas is ” alone and upset in hospital” following surgery after a suspected Heart Attack brought on by the on-going family drama surrounding the wedding of the decade.

Samantha slammed claims Kensington Palace was helping their ailing dad Thomas, 73 — revealing she had to wire him cash to survive.

Meghan’s wheelchair-bound sister, 53, said he was devastated to miss Meghan’s wedding to Prince Harry on Saturday but had been given no information by Kensington Palace.

She told The Sun: “He was upset. He wanted to go. But his doctor had the overruling opinion he needed surgery. So he’s smart enough to know, ‘This is life-threatening’.

Samantha claimed her dad “checked in anonymously” to hospital yesterday to avoid photographers. There had been no sign of him leaving home in Rosarito, Mexico.

Hhe was last night said to have undergone successful heart surgery. He told reporters: “Staying in the hospital a few more days. Not allowed to get excited.”

Samantha rejected reports that Kensington Palace had offered significant support to her dad in Mexico.

She added: “That is not true or he would not have been living in his place. He’d have been with security. I have receipts showing I’ve sent my father money twice by MoneyGram because he needed it.

“He is badly in need of help. I’m dreadfully worried about him. He’s completely on his own.”

Florida-based Samantha said the Palace had not offered to fly him to London early or give him details about how he would get there.

She said: “There was no actual contact from Meghan and she has not spoken with my father since the heart attack. I don’t know why, I’m not blaming her.”

Samantha also said Harry — who has never met Thomas — had stayed silent, claiming: “I know that contact has not been made.”

His daughter said: “I was worried as I hadn’t heard from him in a day and a half. And he called me crying and he said, ‘I had a heart attack.’”

He had recently been trying to live a healthy lifestyle, she said.