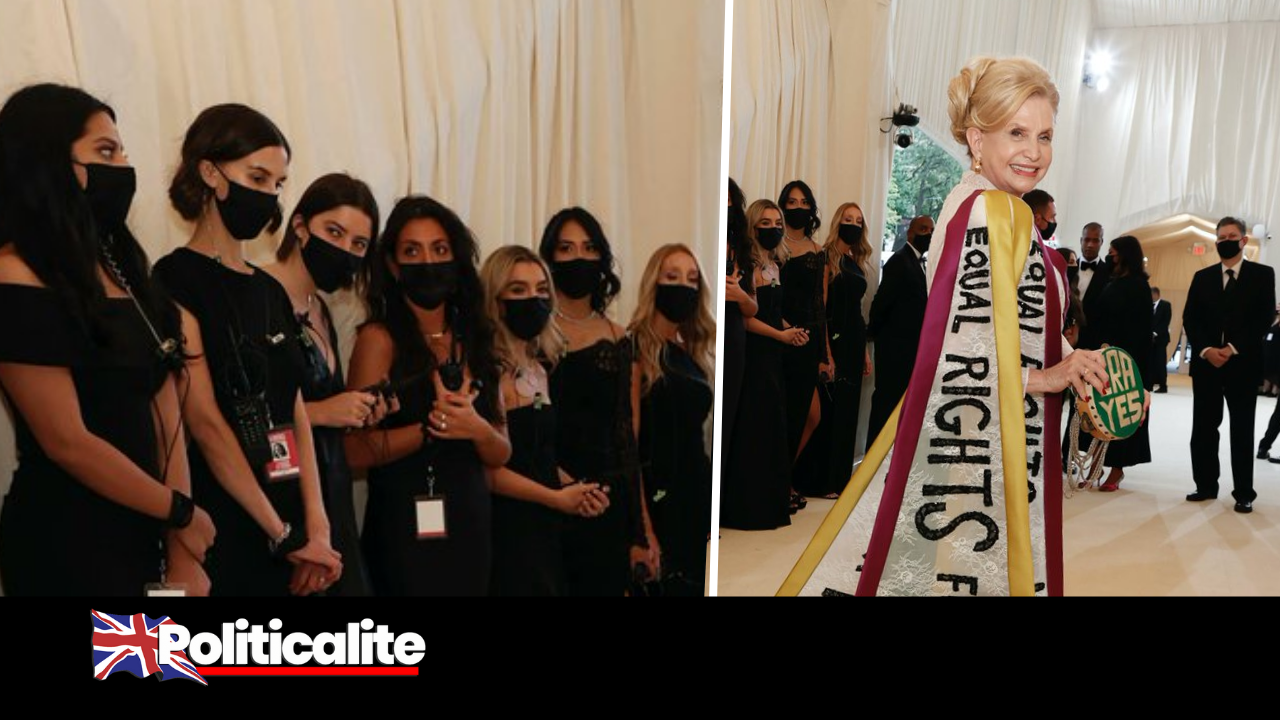 A DEMOCRATIC Lawmaker has been mocked after showcasing just how far removed from reality the ruling Democratic Party has become amid the Covid pandemic.

Show-stopping dresses and outfits are a must at the exclusive event, with celebrities such as Rihanna, Kim Kardashian and Lil Nas X in attendance mingling with media elites whilst wearing Tiffany diamonds.

Last-nights Millionaire-fest was no exception and even saw New York Democratic Congresswoman Carole B. Maloney attend, but one picture showcased just how out of touch this bunch of vomit-inducing attention whores have become.

Maloney was wearing a fabulous dress that had the statement “Equal Rights for Women” – the problem was, she wore it whilst stood in front of seven masked female servants and security guards, showing just how unequal Covid-restrictions are for those on the opposite ends of the income scale.

Twitter was quick to point out the inequality, with James Stringer musing: “Looking at these rich people wearing clothes no average person could afford.”

Another wrote: “Some are more equal than others.”

Whilst another commented: “It’s not the virus they are attempting to control, it’s. you.”

All this comes as the Democratic Party faces a fierce challenge in California where incumbent Governor, Gavin Newsom faces a re-election recall challenge after being accused of being “out-of-touch” with rising levels of inequality across America’s most populist state.

What do YOU think? Let us know social@politicalite.com