IN LIZ WE TRUSS: Queen confirms Liz Truss as PM at Balmoral
Advertisement 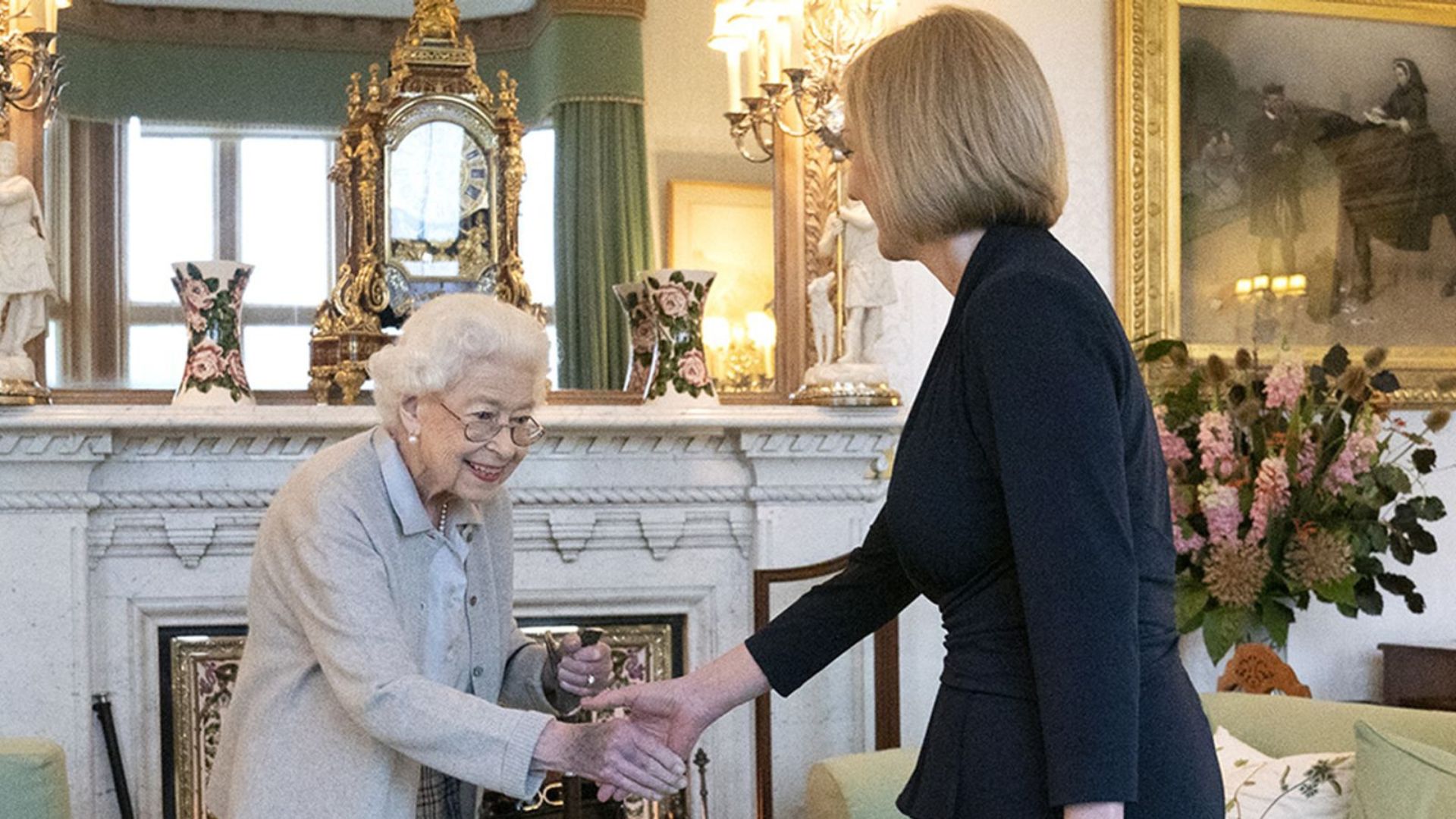 LIZ Truss has become the UK’s third female Prime Minister after meeting the Queen at Balmoral.

She will now head to Downing Street to deliver her first speech in office, just hours after Boris Johnson used his farewell address to pledge “fervent support” to his successor.

The Prime Minister followed Mr Johnson to the Queen’s Scottish estate and, shortly after he tendered his resignation, she had an audience with the monarch to become the 15th premier of her reign.

Ms Truss’ top priority will be to deliver a package of support for households and businesses facing crippling energy costs, with speculation she is working on a plan to freeze bills which could cost tens of billions.

Mr Johnson used his speech on departing No 10 to call on the Tory party to unite behind Ms Truss, but he could not conceal his bitterness at the way he was ousted.

He suggested he would now slip into political obscurity, although a reference to Roman statesman Cincinnatus fuelled speculation he could consider a comeback.

In his farewell speech outside No 10, the outgoing Prime Minister said his successor’s administration would do “everything we can” to help people struggling with the cost-of-living crisis.

The Prime Minister said Russian leader Vladimir Putin was “utterly deluded” if he thought he could succeed by “blackmailing and bullying” the British public through restricting gas supplies, driving up world prices.

Mr Johnson said the UK had the “economic strength to give people the cash they need”.

“I know that Liz Truss and this compassionate Conservative government will do everything we can to get people through this crisis and this country will endure it and we will win.”

Mr Johnson said “I will be offering this government nothing but my most fervent support”, calling for Tories to unite behind the new leader at a “tough time for the economy”.

Watched by wife Carrie Johnson, he added that if the couple’s dog Dilyn and Larry the No 10 cat can “put behind them their occasional difficulties”, then “so can the Conservative Party”.

But in a sign of lingering resentment at the manner in which he was forced out, Mr Johnson said “the baton will be handed over in what has unexpectedly turned out to be a relay race, they changed the rules halfway through, but never mind that now”.

He said his career was now like a booster rocket “that has fulfilled its function and I will now be gently re-entering the atmosphere and splashing down invisibly in some remote and obscure corner of the Pacific”.

Mr Johnson declared “like Cincinnatus, I am returning to my plough” – before entering No 10, an ambitious Mr Johnson had frequently said he would serve as prime minister if he was “called from my plough”.

Ms Truss will begin putting in place her team of officials and ministers, with key allies and supporters already pencilled in for some of the most senior roles, including Business Secretary Kwasi Kwarteng who is widely expected to be given the crucial role of chancellor.

The energy support plan could be announced as soon as Thursday.

The Daily Telegraph reported that among the measures under consideration was a scheme to freeze bills until the next general election in 2024, while the Times suggested the measures could also apply to businesses who energy prices were not covered by the household cap.

Details have yet to be announced, with Bloomberg suggesting the Truss administration could directly fix a new unit price that households will pay for electricity and gas, with regulator Ofgem sidelined from its role in setting the price cap, while a separate level could be fixed for business supply.