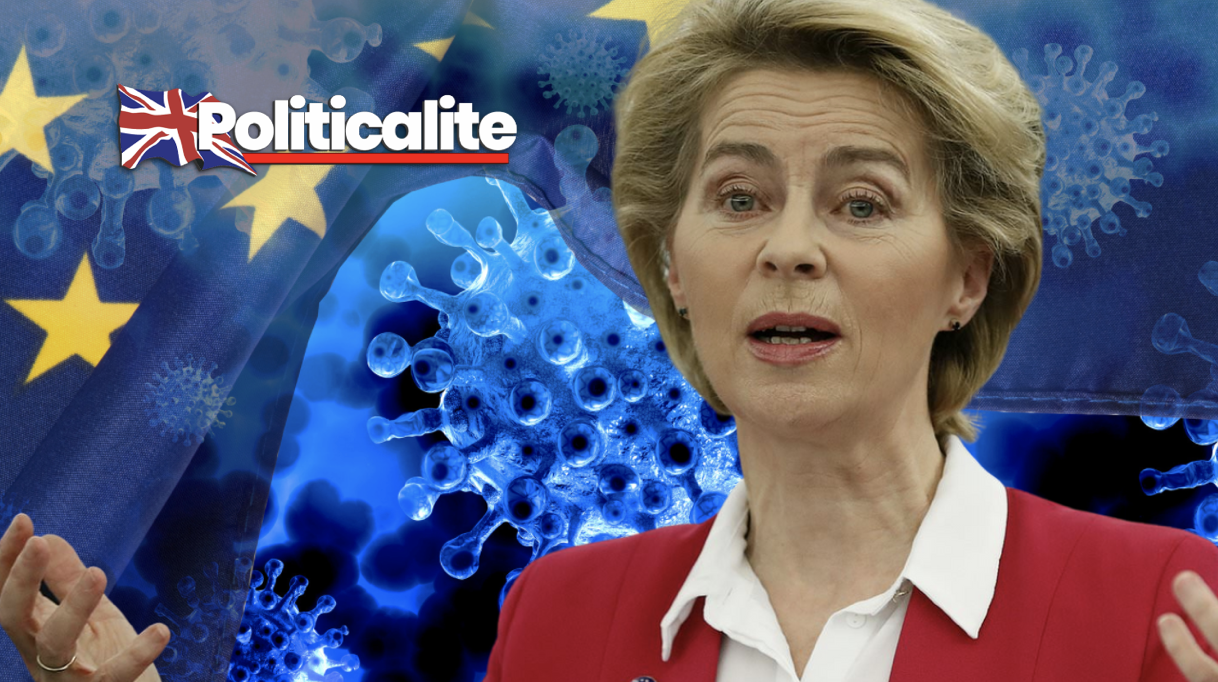 IN ANOTHER fine example of why the UK was right to leave the doomed European Union experiment, EU President Ursula Von Der Leyen has threatened to block thousands of vaccines bought and paid for by British taxpayers from being exported to help save lives.

The insidious threat comes after the EU failed to secure its own vaccines on time and placed its own citizens in danger.

The move must be called what it truly is – not a mere attempt at blocking exportation, but a potential plan to steal vaccines from a nation it despises. “Open roads run in both directions” President Ursula Von Der Leyen said in her announcement today. “We will have to reflect on countries who have higher vaccination rates than us are still proportionate.”

Due to negligence and mismanagement, the EU’s delivery of COVID vaccines has been embarrassingly slower compared with the UK rollout, where nearly 25 million have had a first dose.

The EU chief has been under pressure over the EU’s handling of the bloc’s vaccination rollout, with Brussels having recently engaged in a bitter row with drugmaker AstraZeneca, which helped develop the Oxford University vaccine.

The dispute, which at one point saw the EU universally slammed after threatening to override the Brexit agreement with the UK over the Irish border, has also seen the EU engage in a blatant campaign of dangerous disinformation – recently being forced to admit that it lied about the UK placing a ban on exporting vaccines from Britain to other countries.

We Need Our Readers To Help Keep Politicalite Online