JEREMY VILE: Talkshow Host Told Steve Dymond “Has anyone got a shovel?” 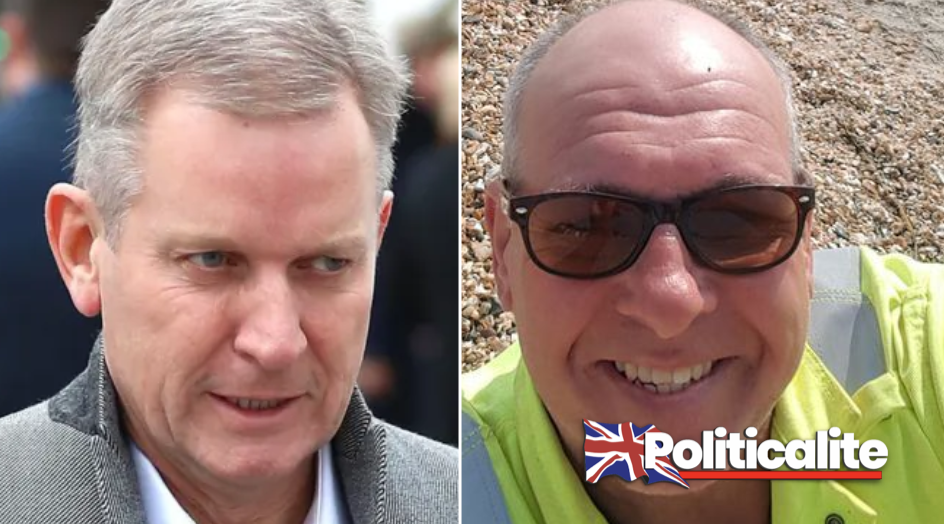 TALK Show Jeremy Kyle called tragic guest Steve Dymond a “serial liar” and said he “would not trust him with a chocolate button”, a coroner has revealed.

That he ITV star also made the comment: “Has anyone got a shovel?” during the programme featuring the 63-year-old, who is suspected to have taken his own life seven days after the recording in May 2019.

Hampshire coroner Jason Pegg laid out the remarks made by Mr Kyle in his ruling stating that Mr Kyle would be an interested person in the inquest because “he may have caused or contributed” to Mr Dymond’s death.

A preliminary hearing has been told that Mr Dymond died of a morphine overdose and a heart problem at his home in Portsmouth, Hampshire.

He had “failed” a lie detector test for the programme to show whether he had cheated on his ex-fiancee Jane Callaghan, from Gosport.

Mr Pegg states in his ruling made in July: “I have had the opportunity to view The Jeremy Kyle Show episode featuring the deceased.

“After the lie detector results the deceased looked visibly upset”

“Jeremy Kyle adopted an approach where he called the deceased a ‘serial liar’; that he ‘would not trust him with a chocolate button’; and made a comment: ‘Has anyone got a shovel?’”

The ruling quotes Mr Dymond’s son, Carl Woolley, who says of his father: “He had been humiliated, taken for a mug and pounced on by the presenter (Kyle).”

“He felt embarrassed and made to feel like nothing”

The ruling also quotes Mr Dymond’s brother Leslie Dymond, who says his brother phoned him from a taxi after the filming of the episode.

The report states: “During that conversation, the deceased told his brother: ‘He had endured a terrible time and could not go on living.’

“In subsequent conversations Leslie Dymond recalls his brother stating: ‘Jeremy Kyle had been in his face and followed when he left the stage … He was jeered and called a failure by the presenter (Kyle).’”

Mr Pegg concludes: “I am satisfied that the evidence potentially goes beyond mere criticism of Jeremy Kyle and that acts or omissions of Jeremy Kyle may have caused or contributed to the death of Stephen Dymond, the deceased.

“Accordingly, I deem Jeremy Kyle to be an interested person in this case.”

Counsel for Mr Dymond’s family, Caoilfhionn Gallagher QC, told a pre-inquest review hearing in Winchester last week: “The inquest must consider how he came to be on the show in the first place considering his pre-show assessment, and it was known he had been on anti-depressant medication and had stopped it to go on the show.”

She said that Mr Kyle had been given briefing notes about Mr Dymond’s situation and had made reference during the show to him stopping his medication.

A full inquest into Mr Dymond’s death is set to be held in the summer of 2021.

WE’RE BEHIND YOU RISHI: 96% BACK Chancellor Cutting Foreign Aid As Junior Minister Quits