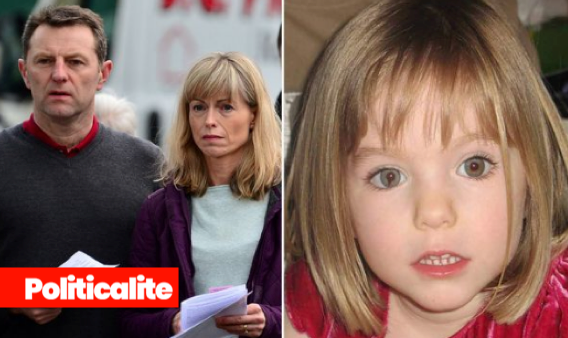 MISSING Madeleine McCann could be alive, according to a new Netflix documentary.

The doc, suggests that people traffickers abducted the three-year-old in Portugal in 2007 – as a top child protection cop insists the 12-year mystery will be solved.

The Sun reported that Jim Gamble, the top child protection cop in the UK’s first Maddie investigation, says: “I absolutely believe that in my lifetime we will find out what has happened to Madeleine McCann.

“And as we use that technology to revisit and review that which we captured in the past, there’s every likelihood that something we already know will slip into position.”

The documentary – released Friday – also claims pretty Madeleine is likely to have been kept alive by child traffickers because, as a middle-class British girl, she would be more financially valuable.

Julian Peribanez, the private investigator hired by the McCanns, explains: “They usually go for lower-class kids from third world countries — that’s the main supplier of these gangs.

“The value that Madeleine had was really high because if they took her it’s because they were going to get a lot of money.”

Large sections of the eight-part series – which could see Maddie’s parents Kate and Gerry McCann sue an ex-Portuguese cop taking part – are devoted to exploring the human trafficking explanation, which regularly involves the supply of a child to desperate wannabe parents or sickening paedophiles.

The theory that she was taken by child-abusers was briefly considered when Maddie disappeared from her family’s apartment in Praia da Luz in Portugal, on the evening of May 3, 2007.

She was left sleeping with her two siblings as Gerry and Kate dined in a restaurant within the Ocean Club resort where they were staying.

But the abduction line of enquiry wasn’t prioritised by bungling Portuguese cops – who instead devoted their time to trying to pin the blame on Gerry and Kate.

This detracted from the fact that the internet was increasingly normalising paedophilia, expanding their networks and fuelling the demand for child-snatching.

Mr Gamble adds in the show: “There is no doubt that human trafficking is a massive problem.

“On the internet you can go into those dark places and say, ‘This is who I am and this is what I do’. And you’re made to feel better about who you are because there’s so many others.”

The documentary explains how Portugal is also the perfect location for child traffickers because it’s a well-placed gateway allowing abducted children to be instantly taken overseas by boat or driven across Europe.

But there was is also fresh optimism from child abduction experts, including Ernie Allen, head of the National Center for Missing and Exploited Children in the US.