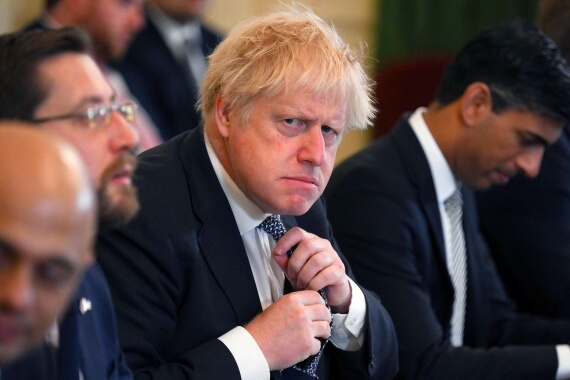 HAVE you ever wondered what you would do if you were Prime Minister for a day? Well, Channel 4 is about to make that dream come true for a select few, in a new reality show launching in the autumn.

The network, that’s facing privatisation from the current PM is launching “Make me Prime Minister” – and is looking for political addicts and those with a interest in politics to take part in a live studio audience voting jury.

The six-part series will follow 12 ordinary yet opinionated Brits with views from across the political spectrum, in a contest to see what it really takes to operate in the cutthroat world of politics.

A producer from the show told Politicalite: “We’re looking for audiences for the pre-recorded debates who will vote on their favourite policy and have an important role to play in which team wins each week.” TAP HERE TO SIGN UP

Channel 4 said: “We all have opinions on what our politicians should be doing with their time in office but how many of us actually have the skills to run the country? What does it take to fight for what you believe in and convince others to back your ascent to power?”

The show will follow ambitious candidates on the campaign trail. They will be put through their paces in a series of prime ministerial style tasks designed to test their leadership skills, resilience, and integrity.

These weekly group challenges will be set and adjudicated by Alastair Campbell and Baroness Sayeeda Warsi, two political heavyweights who know exactly what it takes to succeed in office.

During the competition, candidates will face the pressures, challenges, and accountability of being in power. From handling diplomatic crises to avoiding domestic gaffes, every move will be scrutinised by Baroness Sayeeda Warsi, Alastair Campbell, and the watching media.

Can candidates avert triggering an international crisis by carefully negotiating with an enemy of the country? Will they be able to explain their new education policy to a group of 5-year-olds? How will they cope with being grilled by one of the country’s top journalists with only minutes to prepare?

In order to keep their campaign hopes alive and make it through the weekly vote, each candidate will need to persuade and convince former politicians, experienced journalists and most importantly the public, that they have the charisma, vision, and political acumen to lead. Across the series the candidates will be whittled down until just one secures victory to be crowned Channel 4’s Alternative Prime Minister.

Baroness Sayeeda Warsi said, “Serving as Chairman of the Conservative Party and a Cabinet minister in a coalition government, I was convinced values and ethics matter as much as political ideology. So Alastair Campbell and I are putting aside our political differences to focus on what it takes to lead. I hope we can inspire a new generation of passionate voters and politicians.”

Alastair Campbell said, “Done properly, being Prime Minister is about a tough a job as anyone can do. It is great that so many people think they can do it and I am looking forward to working with Sayeeda Warsi to guide and challenge them to see if they really have what it takes. Fair to say politics is in a bit of a mess right now and I hope not only that some genuine political talent emerges through the series but also that it might inspire the watching public to get more engaged in politics and get properly involved.”

Make Me Prime Minister launches in the Autumn.