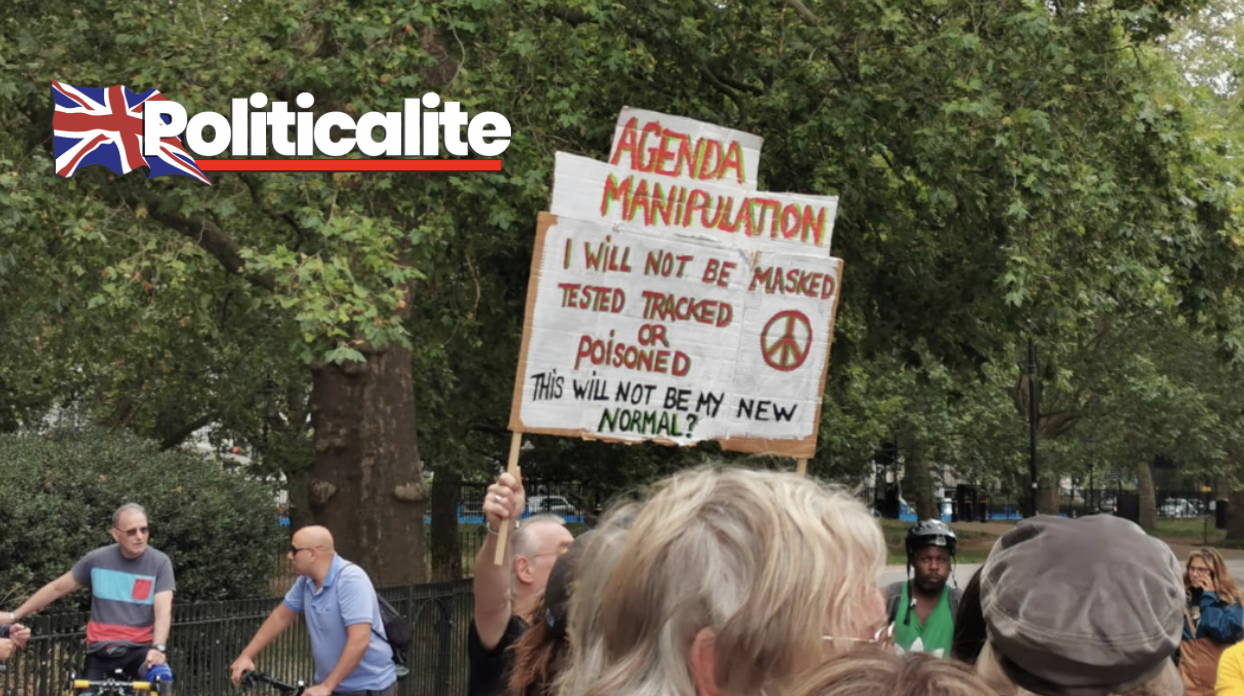 IN RESPONSE to laws requiring the British people to wear face masks in shops from 24th July, a small protest was held in London’s Hyde Park by a group of Anti-Maskers.

Many protesters and activists turned up to protest the new laws advised by the government which will help to keep Brits safe and may possibly slow a second spread of the killer bug COVID-19 that has killed more than 40,000 Brits.

These laws have been heavily criticised by many political sides, including MPs such the Conservative Sir Desmond Swayne, who claimed that the move was a ‘monstrous imposition’.

At the event on Sunday, many speeches were given by numerous attendees, discussing COVID-19, the virus of which these laws are meant to protect the British people from. Many disputed the science involved, citing earlier government messaging on masks which indicated that they weren’t that useful, all the while arguing that their freedom was paramount, against all odds. 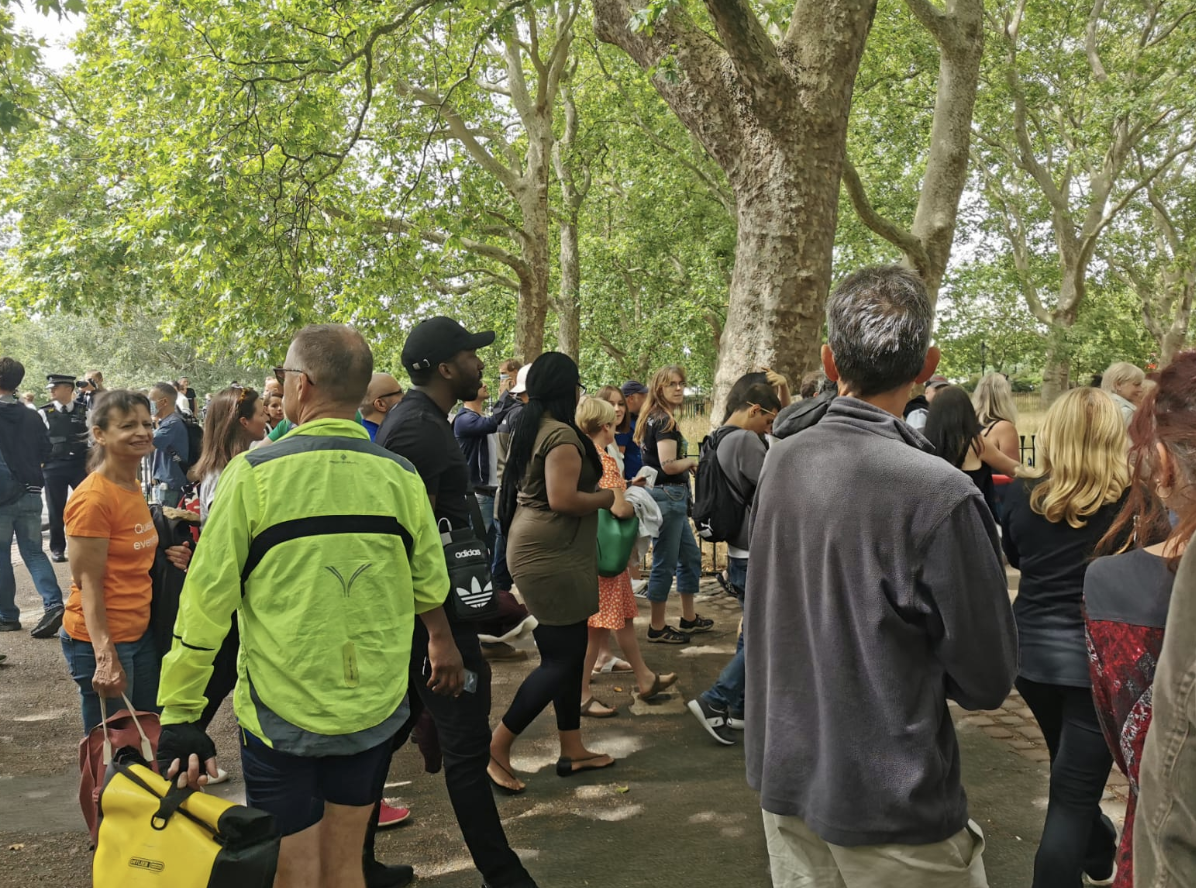 They were also heavily critical of the democratically elected government, and their behaviour over the handling of the virus. The Health Secretary Matt Hancock came under particular criticism, with some speakers using his name as a punchline for rude humour and the audience booing his name when it was mentioned in some of the speeches.

Other figures for criticism in the speeches included Microsoft founder Bill Gates, the Rockefeller Foundation, the ‘international banking system’ and Public Health England, of who have come under fire in the last few days, due to how their tracking of deaths of COVID-19 in England could have inflated the actual mortality rate of the disease.

Speaking on behalf at the event, one attendee revealed to The Sun that her scepticism of the measures around the virus began once she investigated whether it was of ‘risk’ to her ‘family’, and found out about the government downgrading it to ‘low-risk’.

She then couldn’t ‘understand’ why the lockdown or social distancing rules which were being put in place were happening, due to the government guidance, which indicated otherwise, accompanied by scientists from Oxford University who had confirmed that Britain wasn’t in an epidemic. And she thanked the police for their co-operation – noting that they weren’t wearing masks – and her ‘cheering’ that ‘many people’ showed up in support of the message as possible. She gave a speech that same day.

The protest banners and signs made the attendees’ views clear about the new laws in place, as well as the lockdown among other things in general, clear. They included slogans criticising 5G networks, the government in general and promoted freedom among other messages like that. Slogans included ‘Agenda Manipulation: I will not be masked, tested, tracked or poisoned, this will not be my new normal’ and ‘Pandemic?’.

There wasn’t a heavy police presence at the event, with very few coppers showing up. Because of this, police intervention was rare; the only time this happened was when a police officer interrupted a speaker, due to him using a megaphone, of which the officer claimed undermined the aim of Speaker’s Corner. This led to much displeasure among the audience, but nothing stronger than that. The person involved continued their speech after that, and managed to finish, albeit having to shout a little more often to be heard among the crowd.

Meanwhile, events moved swiftly on, eventually having to be taken to Marble Arch, due to the aforementioned police interventions, leading people to go that area, whereby they could speak using sound amplifying equipment, like microphones and megaphones, without any trouble. While initially there was some issues with speakers, with two of them going separate and giving different speeches, this was quickly resolved, allowing the event to continue on as planned.

There were big names who showed support to the protests. The main one was Simon Dolan, the person behind the #KeepBritainFree campaign that had organised the event. Meanwhile, Brexit Alliance London Assembly Member David Kurten, who is also running against current Labour London Mayor Sadiq Khan in the 2021 race for that title, also showed up to show his support, all the while gave an exclusive interview to Politicalite. 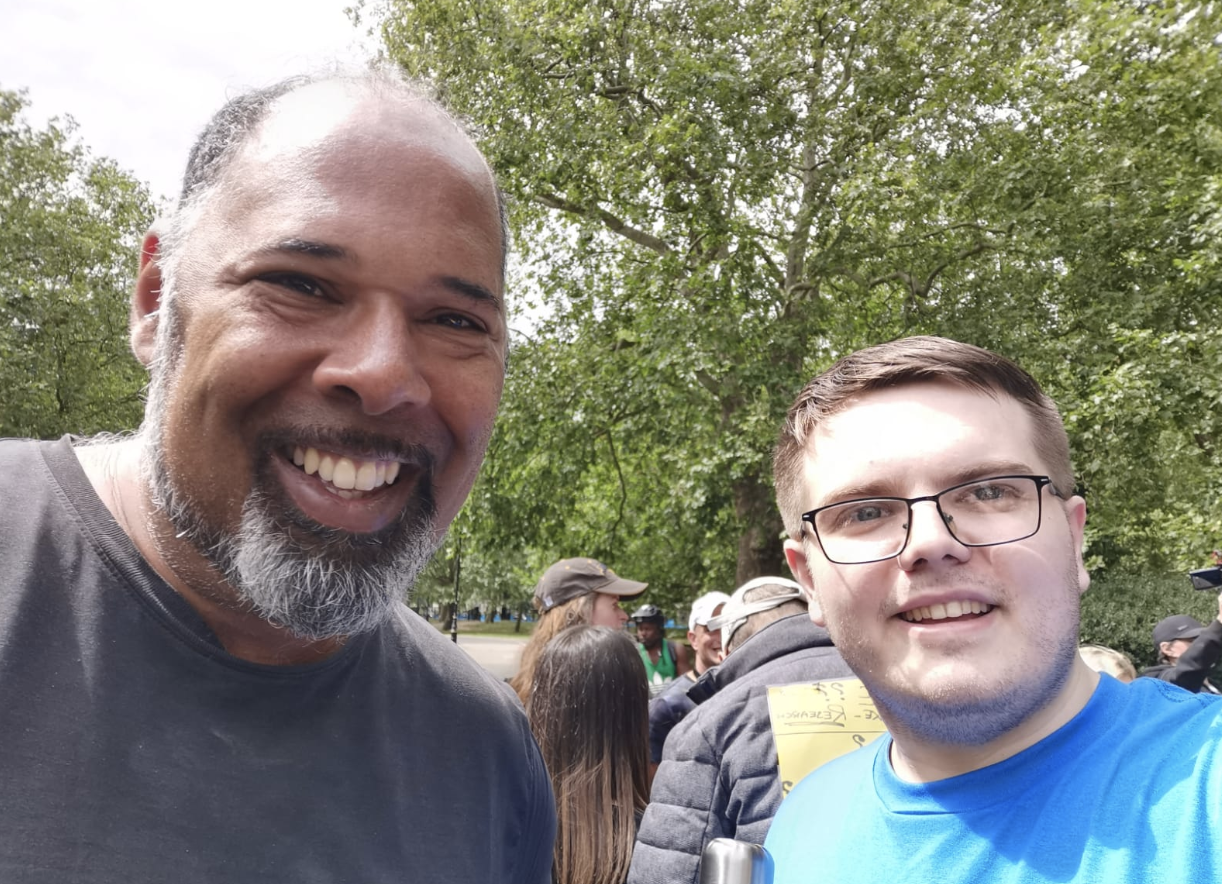 In a statement to Politicalite, Kurten stated that ‘I think it’s fantastic that there’s so many people protesting here… there’s about 300 or so people. A lot of people here, everyone’s concerned about what the government’s been doing and taking away our civil liberties, and now making us wear masks to go into shops at the end of the coronavirus when it’s almost gone away. There’s absolutely no need to wear a mask… it’s a political decision, not a health decision. I think it’s good that more people are coming out to say what they think about these things’.

A Black Lives Matter demonstration also was taking place across the road, at Marble Arch. The two events never collided with each other, and both continued on peacefully and without incident.

DISCLAIMER: The views expressed in this article are those of the author and do not represent the views held by Politicalite UK or News Worldwide.