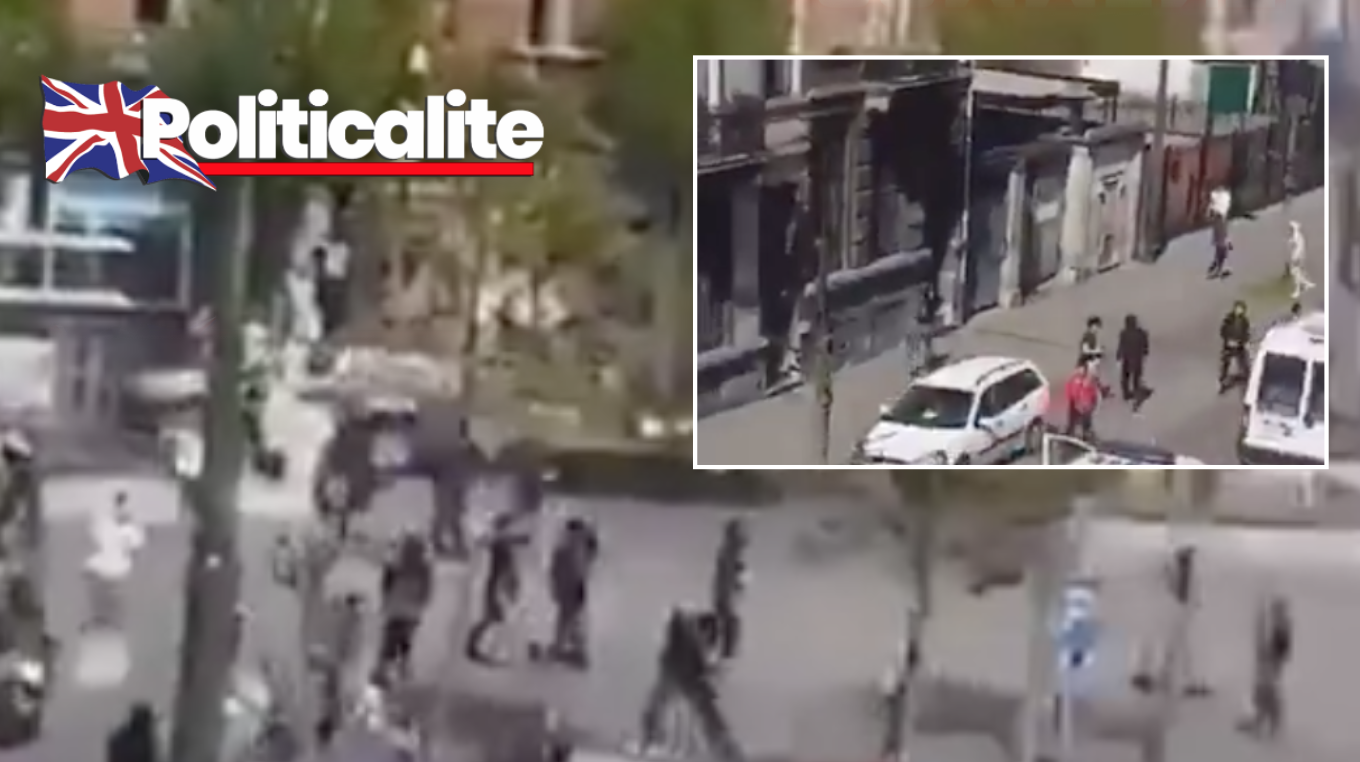 MIGRANTS rioted and pelted police with stones and heavy objects on Friday night into Saturday afternoon.

Initial reports suggest that the rioters may have even stolen a gun from a destroyed police vehicle.

The riots began in response to a fatal accident that occurred in Anderlecht, Brussels after a 19-year-old attempted to flee from a police check. After news about the accident had spread, migrant youths began encouraging one another on social media to take revenge on police, Flemish newspaper Het Nieuwsblad reports.

Riots have broken out today in the #Anderlecht district of #Brussels in Belgium following a fatal accident between a police vehicle and a scooter during a police chase.pic.twitter.com/oCDxSxnDIL

“Despite the lockdown and the ban on gatherings, social media had called for a Saturday afternoon meeting in Anderlecht,” said police spokeswoman Adeline Roty.

It wasn’t long until the rioting commenced. Large groups of migrant youths started several fires in the area and pelted police with glass bottles, stones, and large objects. Two police officers were injured, one police vehicle was completely destroyed, and other police vehicles suffered significant damage during the violence.

The rioters were also able to steal one or more firearms from the police vehicle that was destroyed, according to eye witness reports.

Eyewitnesses of the chaos said that a young immigrant man ran away from the destroyed police vehicle with gun after loud shots were heard.