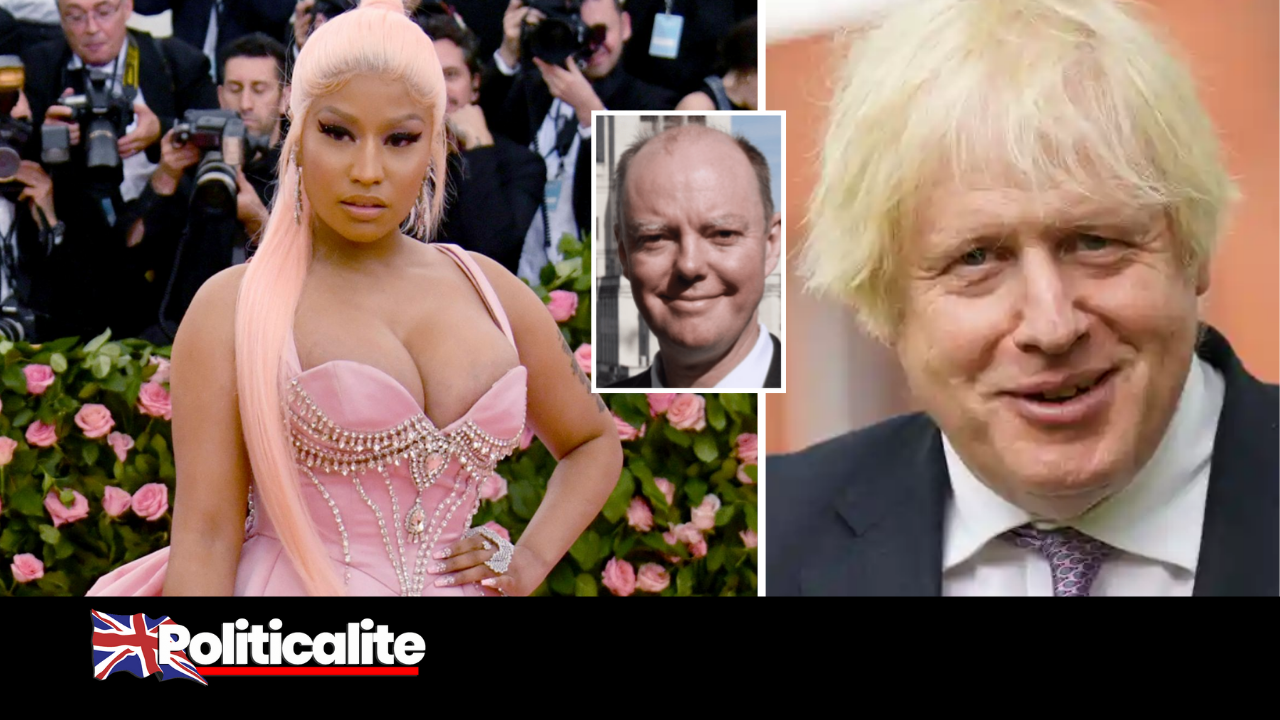 The U.S. superstar and rapper – who has over 22.6million followers shared a clip of Whitty and PM Boris who mocked what they said were ‘evidence-free myths’ about the Covid-19 vaccine.

She accused the PM of “dissing” her after they attacked anti-vaxxers’ at a Covid briefing today at Downing Street.

Boris said: “I’m not as familiar with the works of Nicki Minaj as I probably should be, but I’m familiar with Nikki Kanani, superstar GP of Bexley who has appeared many times before you, who will tell you that vaccines are wonderful and everybody should get them.”

“So I prefer to listen to Nikki Kanani.”

Minaj, 38 also branded fake news reporter from the BBC Laura Kuenssberg a “dumbo” after she snarkily tweeted “2021 everyone” after Minaj said she “loved” the PM’s British accent.

Minaj started the row after tweeting that she refused to go to the Met Gala in New York Monday because she did not want to have to get vaccinated.

She then shared an alleged story about her “cousin’s friend” who had a bizarre reaction to the vaccine.

“My cousin in Trinidad won’t get the vaccine cuz his friend got it & became impotent.”

“His testicles became swollen. His friend was weeks away from getting married, now the girl called off the wedding.”

“So just pray on it & make sure you’re comfortable with ur decision, not bullied,” the hitmaker said.

Yet Chris Witty branded Minaj a liar and said Anti-Vaxxers “should be ashamed” in response at a Covid-19 briefing in London’s Downing Street.

Nicki tweeted: “I love him even tho I guess this was a diss? The accent ugh! Yassss boo!!!”

She went on to share an odd voice note as she imitated a British accent as she said: “Yes, hello Prime Minister Boris! It’s Nicki Minaj! I was just calling you to tell you I thought you were so amazing on the news this morning and I’m actually British!”

“I was born there, I went to university there, I went to Oxford. I went to school with Margaret Thatcher and she told me so many nice things about you! I’d love to send you a portfolio of my work, since you don’t know much about me.”