In 2016, Momentum dropped non-violence from it's ethics code
Advertisement 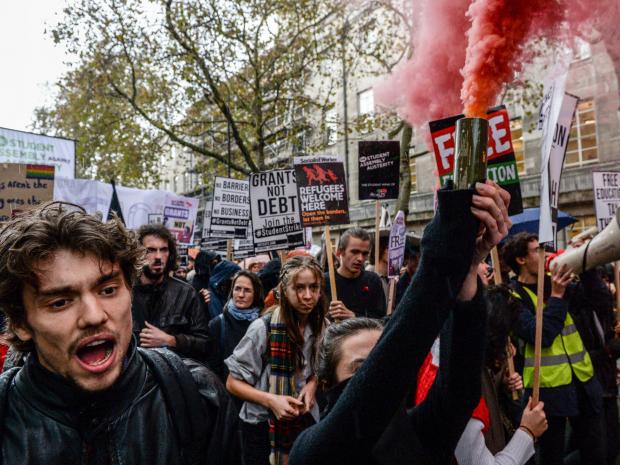 LEFTIE organisation, Momentum, dropped a commitment to nonviolence from its ethical code following interventions by some of its members.

The code of ethics for the group, which supports Jeremy Corbyn, had included a pledge to support peaceful political change.

But the word “non-violent” was dropped from the code after several members argued that Momentum members should have the right to defend themselves if attacked by coppers or ‘fascists’.

Among those who objected to non-violence was Momentums exec committee member Jill Mountford, who is a leading supporter of the Trotskyist group the Alliance for Workers’ Liberty.

This comes as Momentum who support Corbyn’s leadership plans to run a free four-day event during Labour’s autumn conference in September.

The 50-strong national committee discussed the code of ethics in February. The interim code was drawn up by Emma Rees and was agreed by several leading Momentum members including founder Jon Lansman and spokesman James Schneider.

In this article:featured, jeremy corbyn, labour, momentum, protests
Up Next:

Theresa May signs £1bn deal with the DUP