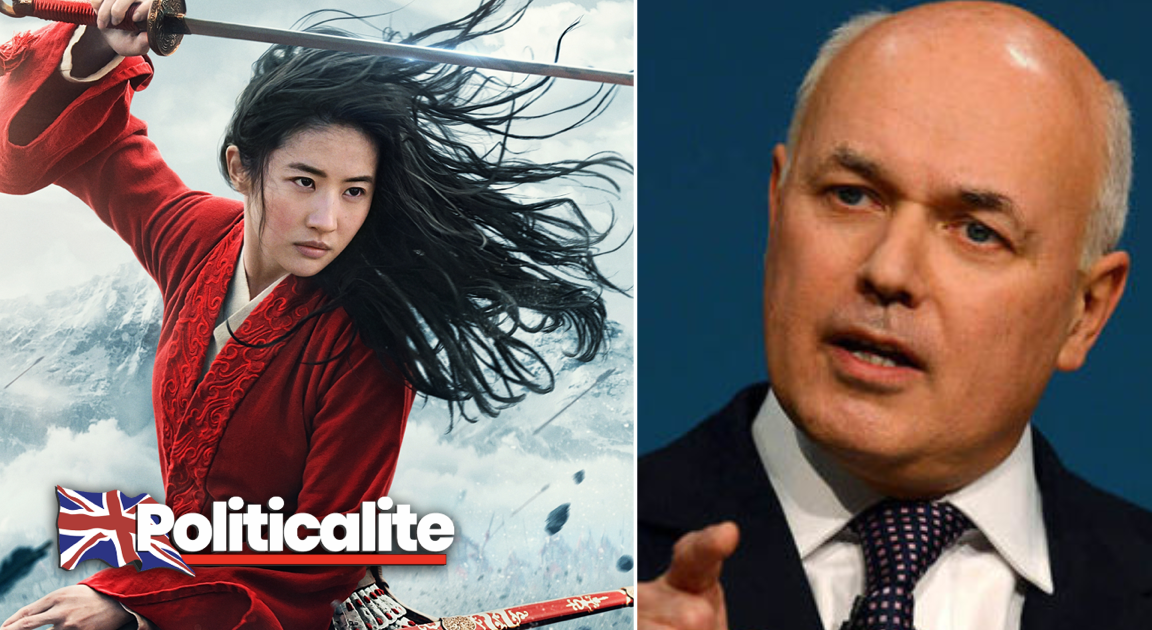 IAIN Duncan Smith has called out Disney after it’s Mulan remake in which it allegedly collaborated with Chinese security agencies in the Xinjiang region, of who have committed several abuses against the Uighur Muslim minority, including China’s controversial ‘re-education’ camps.

In one of the numerous controversies surrounding the 2020 Mulan remake, former Conservative Party leader Iain Duncan Smith highlighted how the film’s distributor Disney had collaborated with security services based in the Xinjiang region of China, of who have been accused of several human rights abuses, following their treatment of the Uighur Muslims there. This has included forced abortions and the ‘re-education’ camps many of them are subjected to, which their critics liken to concentration camps.

Smith claimed that the company ‘had worked’ with security services in the Xinjiang region in order to film parts of the remake there – several of those forces are in the thank you section in the credits of it, mainly that of the Turpan security forces – where the Uyghurs had suffered the most ‘appalling abuse’, and that they had conducted ‘forced sterilisation’ and had used the ‘re-education’ camps for ‘slave labour’ for companies that were situated there.

He later outlined his position on Twitter account, arguing that it was ‘shameful’ that ‘companies appear to turn a blind eye and shameful that they seem to act as the apologists for a regime now that brooks no dissent’. He also noted the boycotts that had already taken place against the remake of the 1998 Disney classic over its main actress’ support for the crackdown on Hong Kong’s pro-democracy protests. This comes after Smith, along with 134 other cross-party MPs signed a letter, condemning what they called ‘ethnic cleansing’ against the Uyghur group.

This isn’t the first time that the Mulan remake has cited controversy in its support for the state of China. Many had campaigned to boycott the film earlier, citing its main actress Yifei Liu’s seeming support for the country’s repressive tactics against the Hong Kong protests on China’s Twitter equivalent Weibo, whereby she shared an image from the Chinese Communist Party’s People’s Daily newspaper, under the caption ‘I support the Hong Kong police. You can all attack me now. What a shame for Hong Kong’.

COVID-1984: Avi Yemeni ARRESTED by Storm Trooper Cops For Reporting on Aussie Anti-Lockdown Protest
ARROGANT ASH: Great British Public Tell #BGT’s Highly Strung Banjo He DOES NOT ‘Speak For Them’ in #BLM Row
To Top
Politicalite uses cookies to improve your experience. We'll assume you're ok with this, but you can opt-out. Accept Cookies Policy
Privacy & Cookies Policy