“My dear mother has passed on at age 92. Laura, Barbara, Jenna, and I are sad, but our souls are settled because we know hers was,” Former U.S. President George W. Bush said in a statement.

“Barbara Bush was a fabulous First Lady and a woman unlike any other who brought levity, love, and literacy to millions. To us, she was so much more. Mom kept us on our toes and kept us laughing until the end. I’m a lucky man that Barbara Bush was my mother. Our family will miss her dearly, and we thank you all for your prayers and good wishes.” he added. 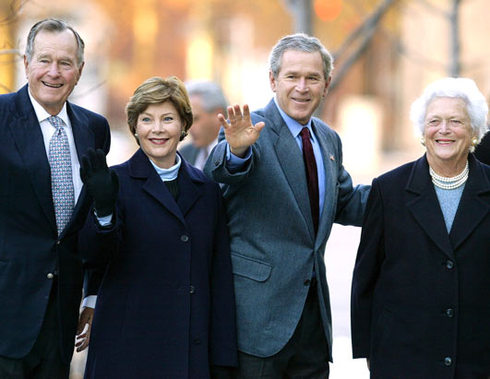 She was often described as the “Grandmother” of the nation with her snowy hair and down to earth style.

She was often more popular than her husband, President George H.W. Bush, who was in office from 1989-1993. 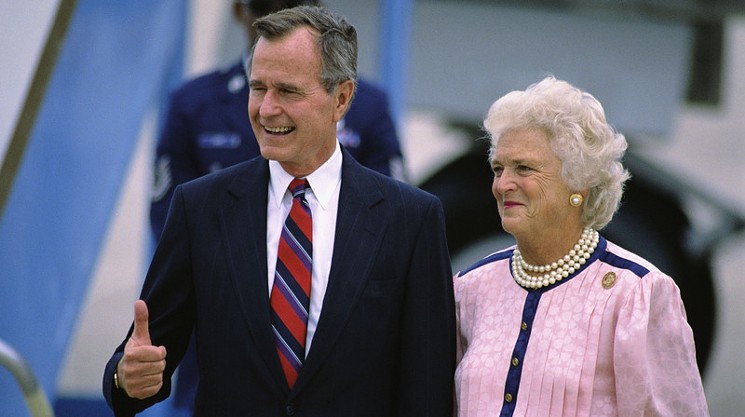 Mrs. Bush brought a grandmotherly style to Washington, often appearing in her trademark fake pearls and displaying no vanity about her white hair and wrinkles.

“What you see with me is what you get. I’m not running for president — George Bush is,” she said at the 1988 Republican National Convention, where her husband, then vice president, was nominated to succeed President Ronald Reagan.

The Bushes married in 1945 and had the longest marriage of any presidential couple in American history.

She was also of only two first ladies who had a child who was elected president.

The other was Abigail Adams, wife of John Adams and mother of John Quincy Adams.

“I had the best job in America,” she wrote in a 1994 memoir describing her time in the White House. 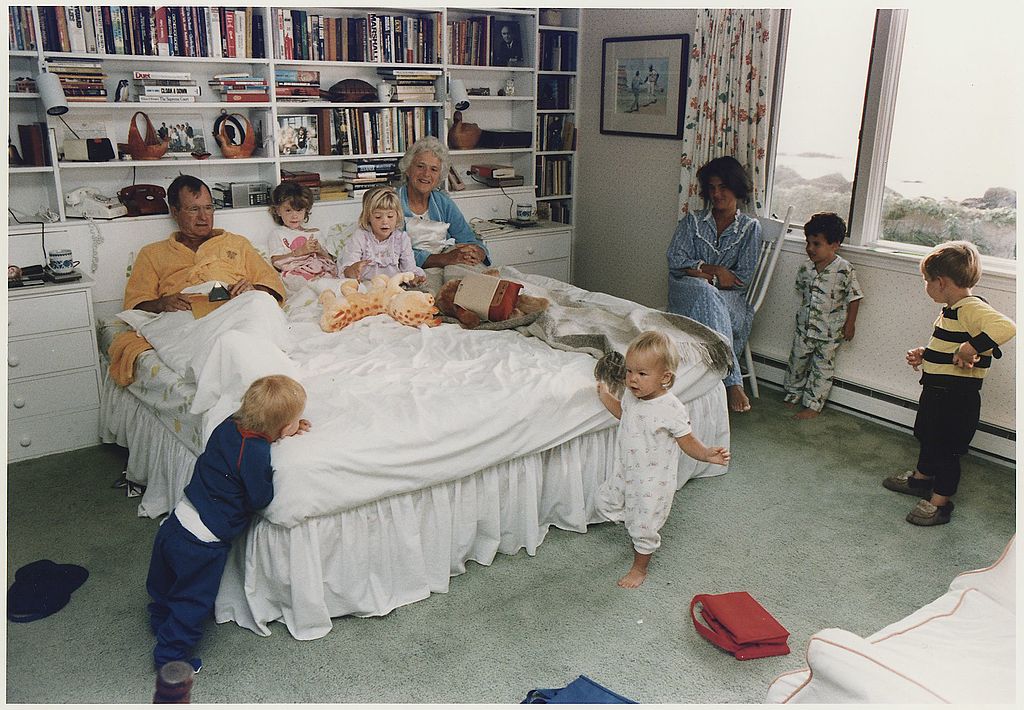 In the White House, “you need a friend, someone who loves you, who’s going to say, ‘You are great,’” Mrs. Bush said in a 1992 television interview.

Her matronly appearance often provoked jokes that she looked more like the president’s mother than his wife.

Eight years after leaving the nation’s capital, Mrs. Bush stood with her husband as their son George W. was sworn in as president. They returned four years later when he won a second term. Unlike Mrs. Bush, Abigail Adams did not live to see her son’s inauguration. She died in 1818, six years before John Quincy Adams was elected.

Mrs. Bush insisted she did not try to influence her husband’s politics.

Mrs Bush was also outspoken, In 1984, her quick wit got her into trouble when she was quoted as referring to Geraldine Ferraro, the Democratic vice presidential nominee, as “that $4 million — I can’t say it, but it rhymes with rich.”

“She’s never shied away from saying what she thinks. … She’s managed to insult nearly all of my friends with one or another perfectly timed acerbic comment,” Laura Bush wrote in her 2010 book, “Spoken from the Heart.”

n her 1994 autobiography, “Barbara Bush: A Memoir,” Mrs. Bush said she did her best to keep her opinions from the public while her husband was in office. But she revealed that she disagreed with him on two issues: She supported legal abortion and opposed the sale of assault weapons.

“I honestly felt, and still feel, the elected person’s opinion is the one the public has the right to know,” Mrs. Bush wrote.

She also disclosed a bout with depression in the mid-1970s, saying she sometimes feared she would deliberately crash her car. She blamed hormonal changes and stress.

“Night after night, George held me weeping in his arms while I tried to explain my feelings,” she wrote. “I almost wonder why he didn’t leave me.”

“Cherish your human connections,” Mrs. Bush told graduates. “At the end of your life, you will never regret not having passed one more test, winning one more verdict or not closing one more deal. You will regret time not spent with a husband, a child, a friend or a parent.” –

HE’S STILL THE ONE: Shania Twain says she would’ve voted for Donald Trump because he cut the bull