NIALL McCRAE: Priti Patel MUST prevail, freedom of movement is a danger to women
Advertisement 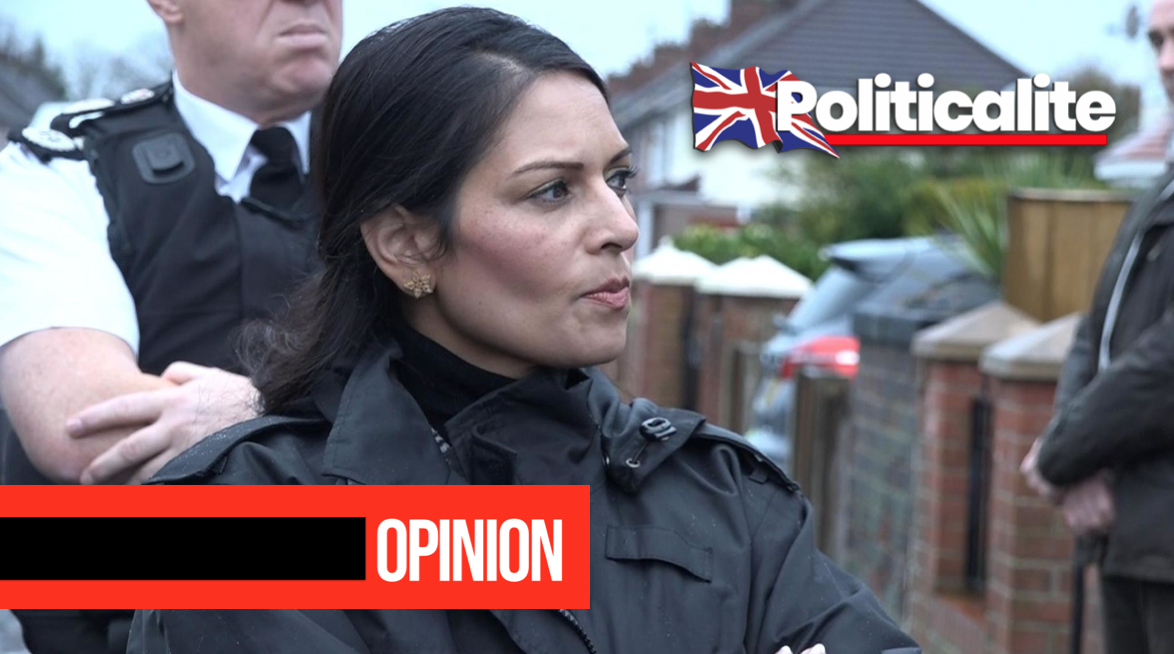 PRITI Patel is having a hard time with her stubborn, we-know-best civil servants. But for the sake of a safer immigration system she must prevail. No borders = no security.

And EU freedom of movement, which the Sir Humphreys will try to continue despite the government’s manifesto commitment, has made many a female victim through the unimpeded entry of known and unknown sex offenders.

The danger of a borderless world was illustrated by a recent occurrence a stone’s throw from my home. On a Sunday afternoon in 2018, two Romanian men of no fixed abode, Radian Cojorcaru and Gabriel Bejinariu, took a trip to the suburbs. On arrival at Carshalton station they entered a long alley adjacent to the railway line. At the end of this well-used pedestrian shortcut, in a relatively safe residential area, they met a 53-year-old woman and raped her in broad daylight. Fortunately two local men saw the attack as they drove past in a van, and bravely gave chase to the attackers. They caught one of them as he tried to escape over a garage roof belonging to a friend of mine, a retired fireman, who helped to hold on the assailant’s leg until police arrived. The other rapist fled but was caught a week later after police scanned CCTC images at Victoria Coach Station. These hardened criminals were both sentenced to 12 years in prison.

Of course, most Romanian people living here are law-abiding citizens, and it would be unfair to blame them for the actions of a minority, just as British Muslims should not be tainted by the child rape gangs of men of mostly Pakistani heritage. A distinction should be made between Romanians and the Romani gypsy community, a nomadic ethnic group originally from the Rajasthan, Haryana and Punjab regions of India. Although the Roma are not historically linked to Romania, they are the largest minority community in that country, numbering around 619000. Other countries with high Roma populations are Slovakia, North Macedonia, Montenegro and Bulgaria. The Roma are heavily stigmatised in these countries, where they suffer from social exclusion, and arguably persecution.

Political leaders such as French president Nicolas Sarkozy and Italian interior minister Matteo Salvini tried to evict Roma gypsies due to criminal activity. In the UK large numbers of Roma arrived after the application of EU freedom of movement rules, and many sleep in tents under office block canopies, along roadsides or in wooded areas. An illegal encampment of Roma beggars emerged on the edge of Hyde Park, leading to a crime wave of robberies and sexual assaults in the area. The Home Office stopped deporting rough sleepers after a court ruling on EU rights. However, according to a Westminster City Council spokesman, ‘what we are seeing in Mayfair appears more organised gang crime, we can’t conflate that with rough sleeping’. Eventually the campsite was cleared by police, but the problems simply shifted elsewhere.

According to a University of Salford study in 2013, about 200000 Roma gypsies were living in the UK, concentrated in Glasgow, Rotherham, Doncaster, Derby and Luton. The numbers are not accurately known, as EU citizens do not need to register on arrival. Since 2004 a large population of Slovakian Roma has settled in Page Hall, a deprived multicultural district of Sheffield. Tension arose between the more established Pakistani community and the Roma influx. Local Labour MP David Blunkett, who as Home Secretary had declared that ‘there is no ‘obvious limit’ to the amount of immigration to Britain, warned of a ‘boiling pot’ in danger of spilling over. In 2018 a police helicopter, police dog and 15 police vehicles attended a school after a Roma girl had allegedly pulled a hijab off a Yemeni classmate, leading to a mass brawl in the canteen. Many people complained about fly-tipping, prostitution and thieving by the recent arrivals.

The Roma community is prone to scapegoating, and community leaders have tried to build bridges.  However, official reports or academic studies that omit any mention of criminality are not helping to solve the problems experienced by Roma and their neighbours. For example, the National Roma Network report in 2018 stated that Roma ‘come from very traditional communities, with stricter moral and behavioral (sic) codes’. A report on the Roma community in Govanhill, Glasgow, is similarly reticent: ‘whilst not actually representing a significant threat, their grouping together on street corners, a reflection of Roma culture, can be and often is seen as threatening by those who do not share such traditions’. Lone women may have a less welcoming attitude to such male gatherings, and this should not be dismissed as racism.

According to a report by The Black Sea website in 2016, ex-pat Romanians were heavily overrepresented in jails of other EU member states, comprising 34.2% of foreign prisoners, with around 630 in British prisons. It is not known how many were from Roma communities, but whatever their background, there has undoubtedly been a crime surge since freedom of movement was extended to Romania. Convictions are mostly for burglaries and muggings, but also sexual assaults – with a troubling incidence of premeditated rape. In 2017 brothers Ovidiu and Andrei Mamaliga, following release from a French prison for rape, brutally attacked a woman in her 40s in Acton, west London. Having engaged her in conversation, they asked to use her toilet. The woman agreed and then asked them to leave, but they grabbed her, bound her with shoelaces, undressed and raped her. Her cash, jewellery and mobile phone were stolen. The Metropolitan Police believe that other women may have been raped by these men, urging them to come forward. In 2019 kitchen workers Constantin Ionescu and Nicolae Dragoi followed a woman through Farnham town centre, waited till she went along an alley and raped her. The woman, aged 40, had returned from her mother’s 70th birthday party at a London restaurant, and had drunk more at a local pub. The men, who took advantage of her in an inebriated state, were sent to jail for 14 years.  As in the Acton and Carshalton incidents, the perpetrators went in pairs to a residential area, targeting a woman of middle age.

According to the Black Sea report, ‘the crime rate is around three times higher for Romanians abroad than Romanians at home’. This suggests that recidivists are taking advantage of EU freedom of movement, moving to countries where they are unknown by the authorities. In 2014 Cezar Florea, a car-washer with a lengthy criminal record, attempted to rape a grandmother in Middlesbrough, and was jailed for 16 years after extradition from Romania. As well as abusing British hospitality, these criminals show that EU freedom of movement endangers women.

In 2010 the French government began to repatriate thousands of Romanian and Bulgarian Roma immigrants living in illegal camps. A choice was presented of voluntary repatriation with a €300 grant or forced expulsion for threatening public order. Although Bulgarian and Romanian citizens are entitled to enter France, under French immigration rules they must have work or residency permits to stay longer than three months. However, many took the money and soon returned to France. Brexit enables Britain to reinstate proper border controls and prevent re-entry. Due to human rights law, few rapists from other EU countries have been deported after release from prison (typically halfway through their sentence). A bilateral removal agreement should be made with the EU so that convicts are returned to their homeland.

Let us leave the last word to a 42-year-old victim of a two-hour assault in Leigh, Manchester by a serial rapist who had twice been imprisoned in Romania. Incredibly, Vasile Nastase, who lived near his victim, was bailed before the trial.

‘Why has this happened to me? We put our trust in the government to protect us and they keep failing…they aren’t keeping women safe.’

DISCLAIMER: Politicalite UK LTD and it’s advertisers do not endorse the views expressed in this article, we publish this with respects to Free Speech.