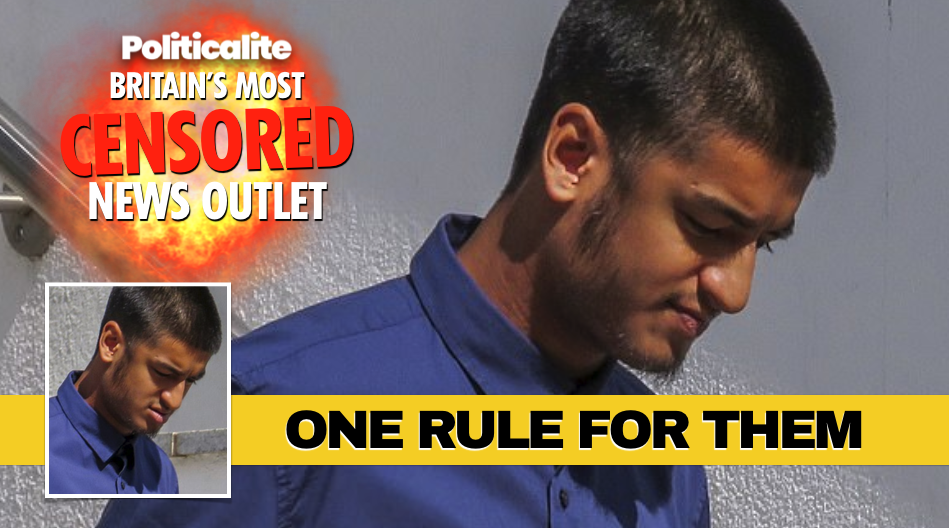 A SICK Muslim thug who threatened to shoot up ‘English Pigs’ at a royal British theatre because ‘he hated the English’ has been let off, sparking outrage across the country.

23-year-old Ryhan Ali launched an extreme rant and told shocked theatre employees that he was ‘going to get a gun and kill English pigs’ and branded Brits like you ‘scum’.

When Police tried to arrest the sick ‘terrorist’, he branded an officer a ‘racist white c***’.

The Daily Mail reported that before his terror rant, Ali appeared in court for racially abusing two security guards after flying into a rage at a hospital where he accused a security guard of ‘not being a real Muslim’.

Ali admitted racially aggravated offences, two of causing fear of violence and one of causing alarm or distress to people at the theatre.

But he walked free after he was given a 12-month prison sentence, suspended for two years.

Judge Anthony Potter ordered him to carry out 80 hours of unpaid work and to take part in a rehabilitation activity for up to 30 days.