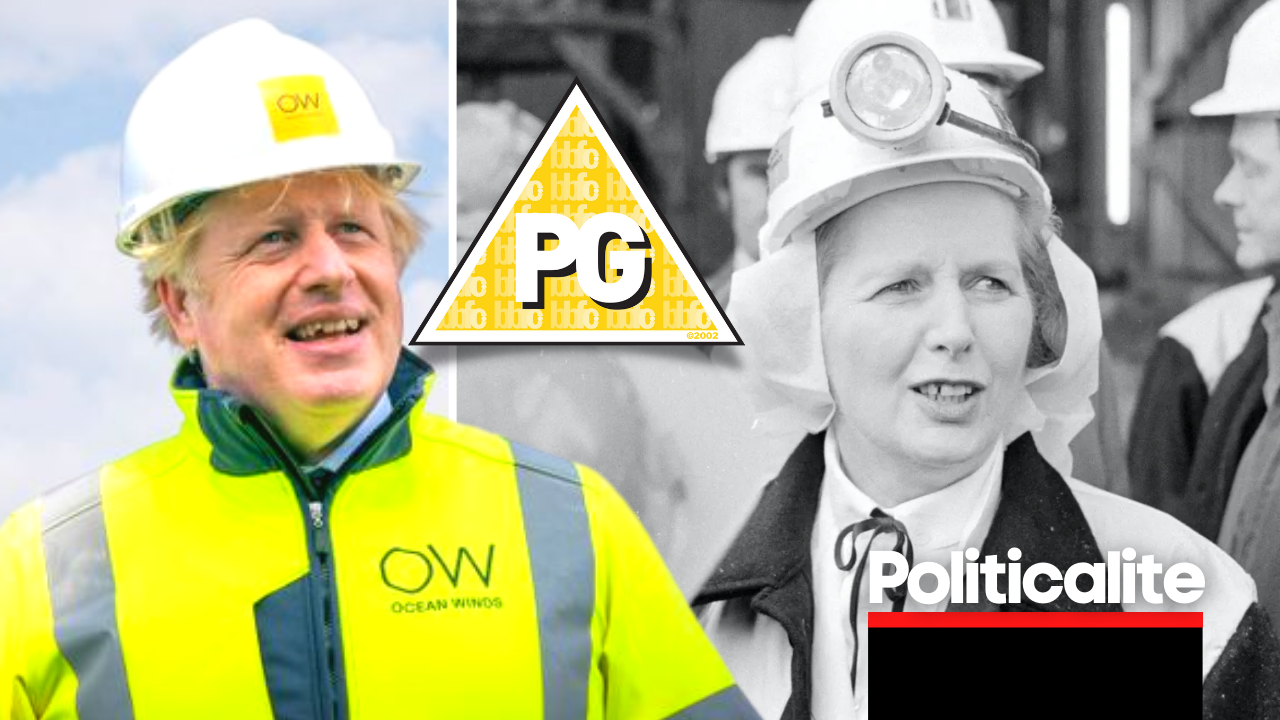 On a trip to Scotland, Mr Johnson joked that Maggie had given green energy “a big early start” by closing coal mines in the Eighties.

“Look at what we’ve done already. We’ve transitioned away from coal in my lifetime., Thanks to Margaret Thatcher, who closed so many coalmines across the country, we had a big early start and we’re now moving rapidly away from coal all together”.

Lefties – who lack a sense of humour responded by branding Johnson’s joke “unbelievably crass.” – the same left who roll out the Thatcher death jokes every April on the anniversary of Mrs Thatcher’s death in 2013.

Mr Johnson also joked about Scottish Independence, saying it was “about as far from the top of my agenda as it is possible to be” following Mr Johnson rejecting a meeting with Scottish First Minister Nicola Sturgeon.

Nicola Sturgeon was very cranky at the comments and hit back: “Lives & communities in Scotland were utterly devastated by Thatcher’s destruction of the coal industry (which had zero to do with any concern she had for the planet).”

“To treat that as something to laugh about is crass & deeply insensitive to that reality.”

Labour also attacked the PM adding with Wigan MP Lisa Nandy adding: “These are shameful comments from Boris Johnson, and reveal the Conservative party’s utter disregard for the communities still scarred by Thatcher’s closure of the mines and failure to deliver good new jobs in their place.”

“Without investment in good, green jobs as we move away from fossil fuels, the Conservatives risk repeating the mistakes of the past. It is vital that the green transition is a fair transition.”

What do YOU Think? Let us know!