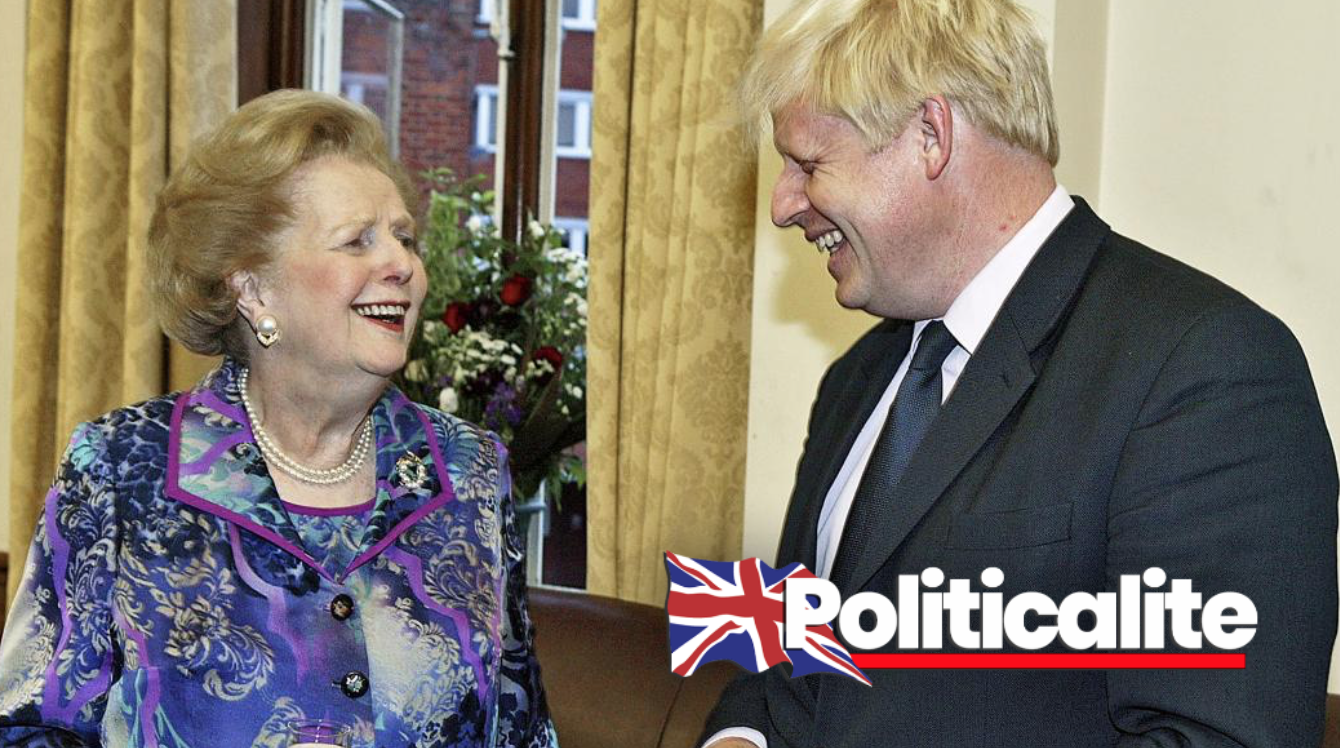 WORKSHY Scousers and Leftie Communists across Britain are celebrating the anniversary of the death of Britain’s most controversial post-war Prime Minister, Margaret Thatcher.

Not content with attacking poorly Prime Minister Boris Johnson, vile trolls took to Twitter to celebrate the death of woman who turned Britain around and gave us our national pride back at a time of post-Empire decline.

Scots harlot “Shan” wrote: “boris is going to die on wednesday, april 8th. 7 years to the day from the death of thatcher and its going to be absolute scenes on TOAST”

Liv McCananey wrote: “Happy 7th Birthday to the beautiful stroke that killed off our beloved Thatcher. Hope you’re enjoying getting dicked down by the devil Maggie.” 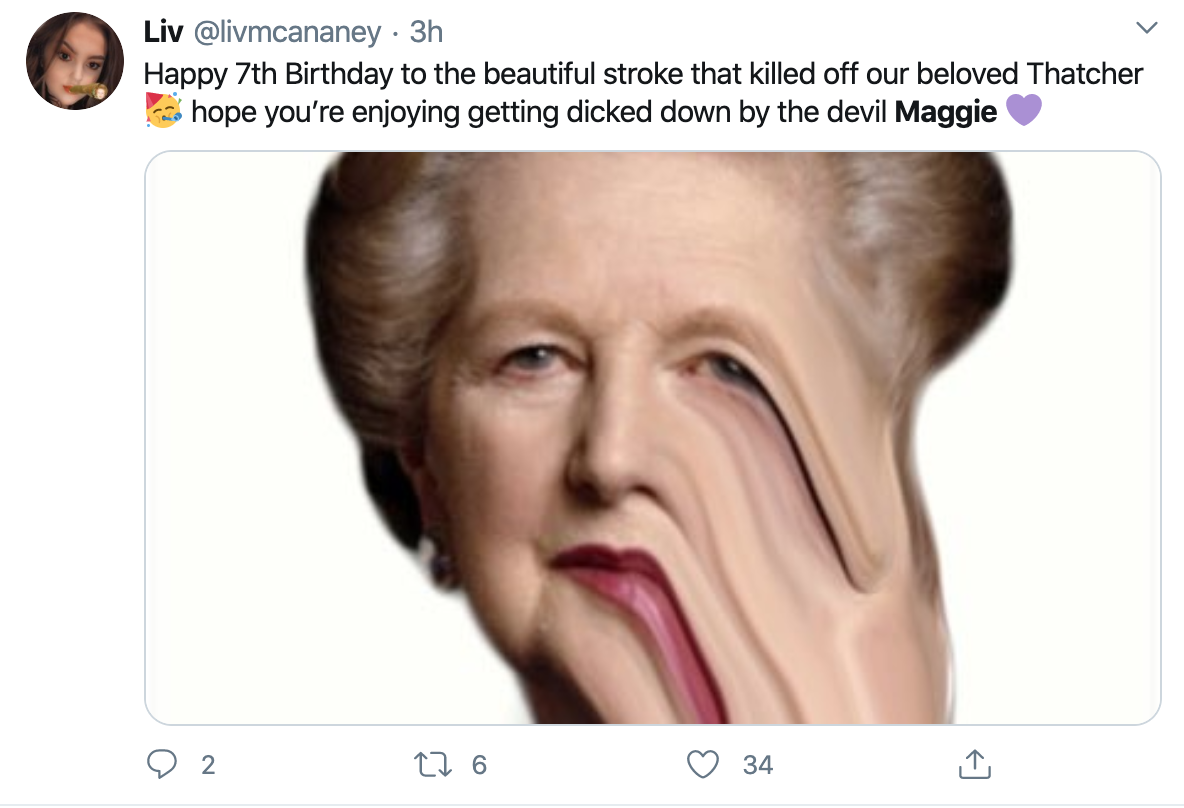 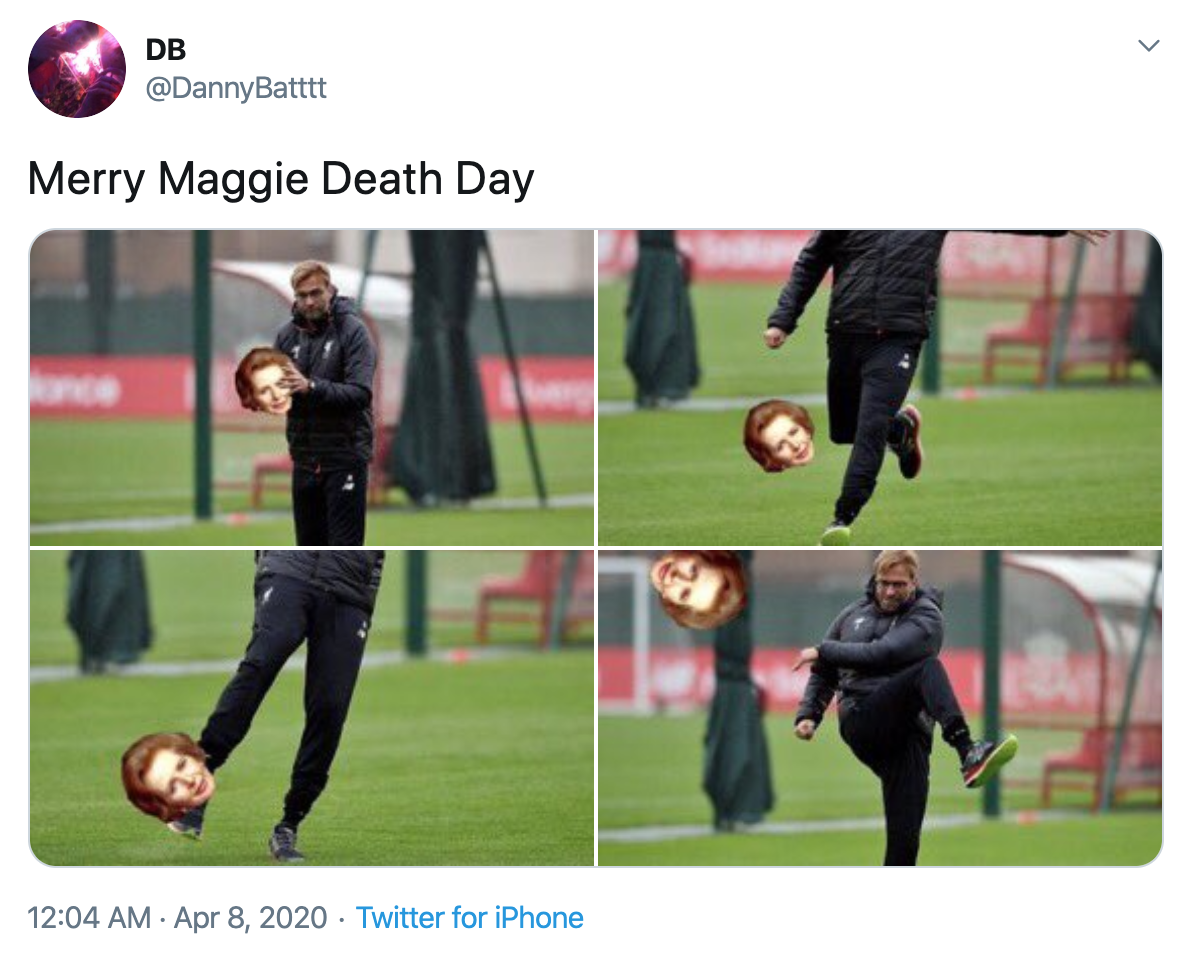 The Final Ged responded to a Soccer AM post that asked Who is the best dribbler of all time?” with “Margaret Thatcher”. 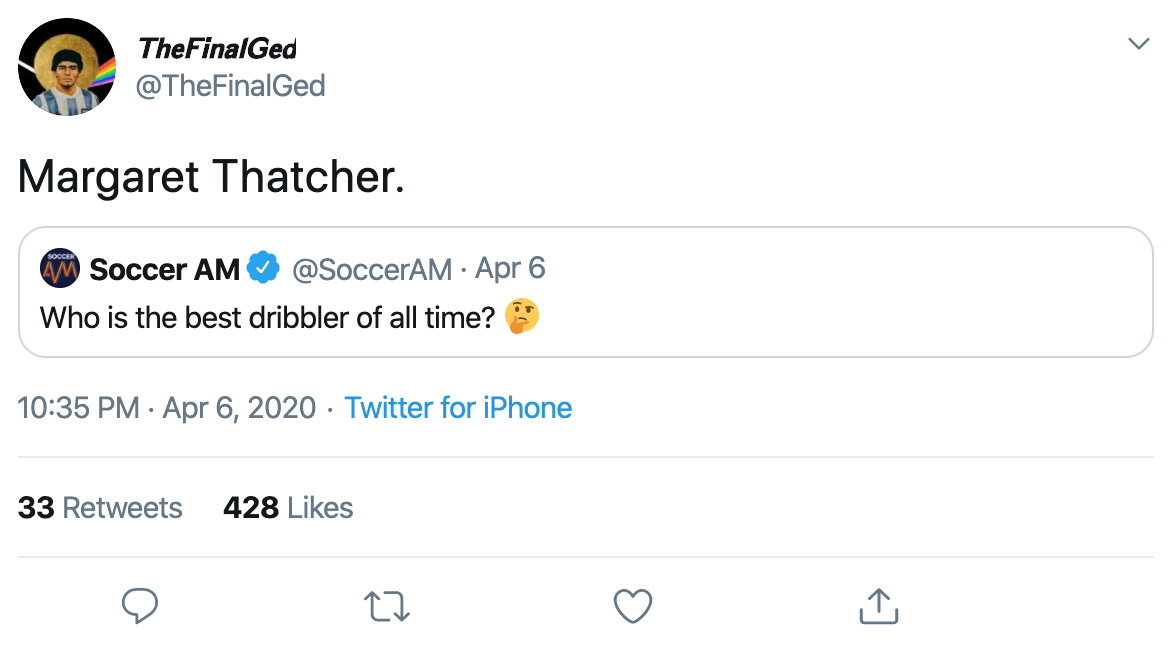 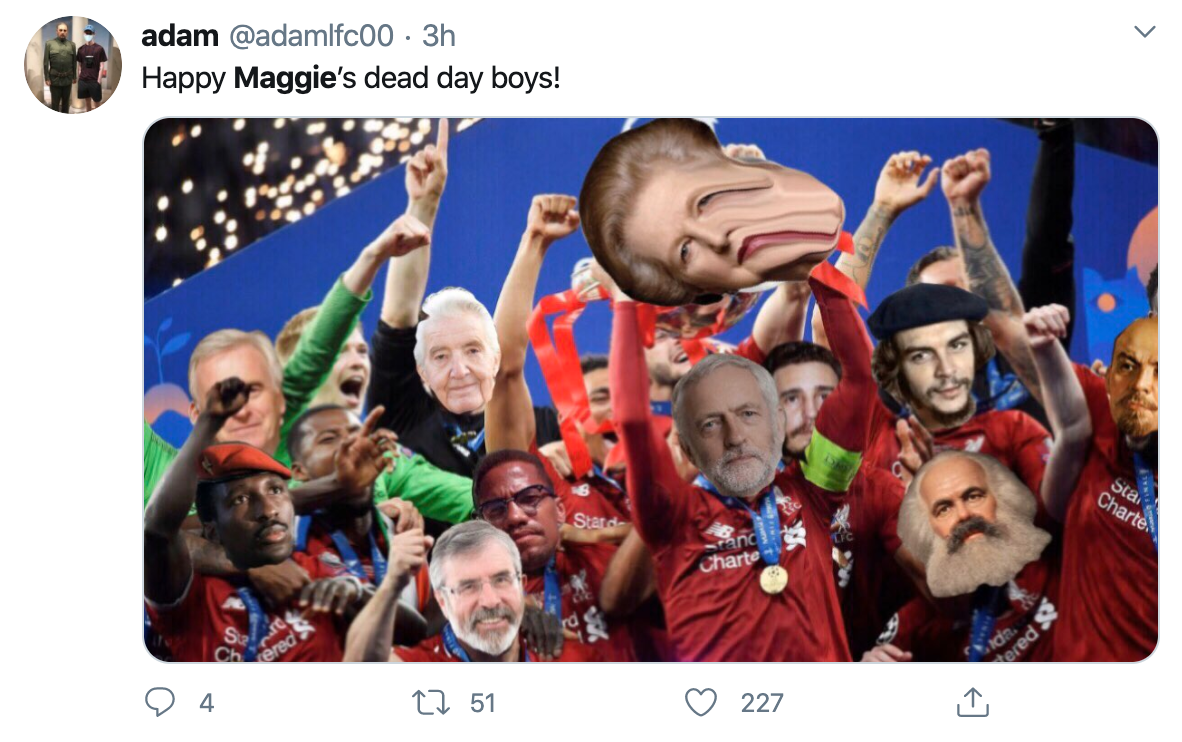 And the sickest Tweet of all was from user Dubula who said: “Praying for Boris Johnson to meet his idol Margaret Thatcher ASAP”

FAR-LEFT Communists are showing just why they can never win a political argument, let alone a General Election.

Not content with attacking a sick Prime Minister, these trolls are spreading bile at a time of National Crisis.

These sickos are the real virus of Britain and Twitter should do something about them once and for all.

WHY THATCHER WAS GREATEST PM 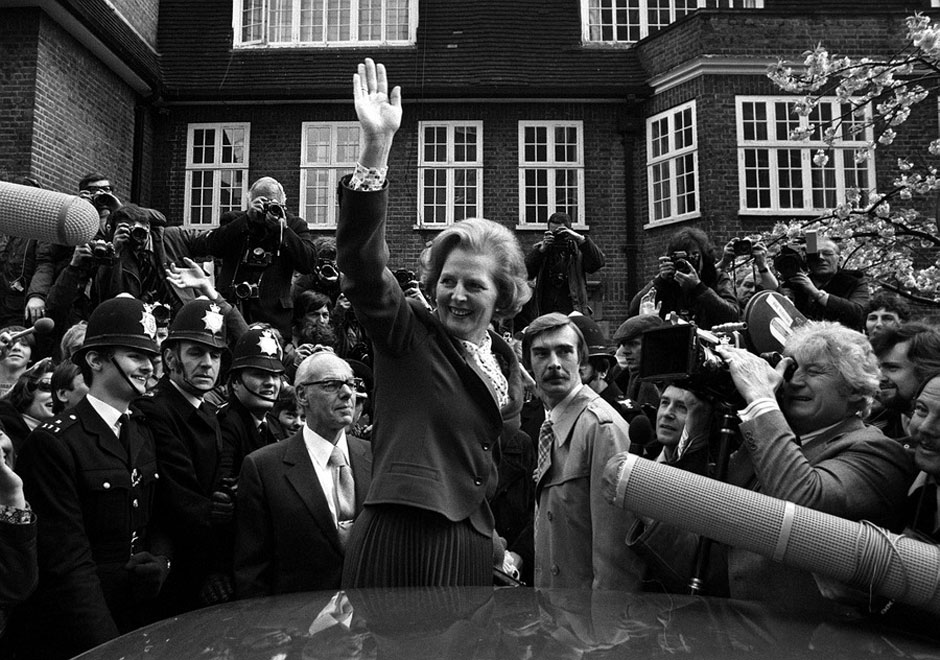 THE LEFT has a habit of taking the moral high ground on gender equality and how they empower women, but it was Conservative Prime Minister Margaret Thatcher who led the way before it was fashionable.

Thatcher was and still is the ultimate idol for any woman in Politics, whether you love her or loathe her, no one can deny the effect she had on politics and British life.

These days, its fashionable to hate Maggie, to deny Britain’s first woman PM her rightful place in the history of women in politics, but without Maggie women would be far, far behind.

As the first woman Prime Minister of the United Kingdom between 1979 and 1990, Margaret Thatcher led a one-woman revolution. 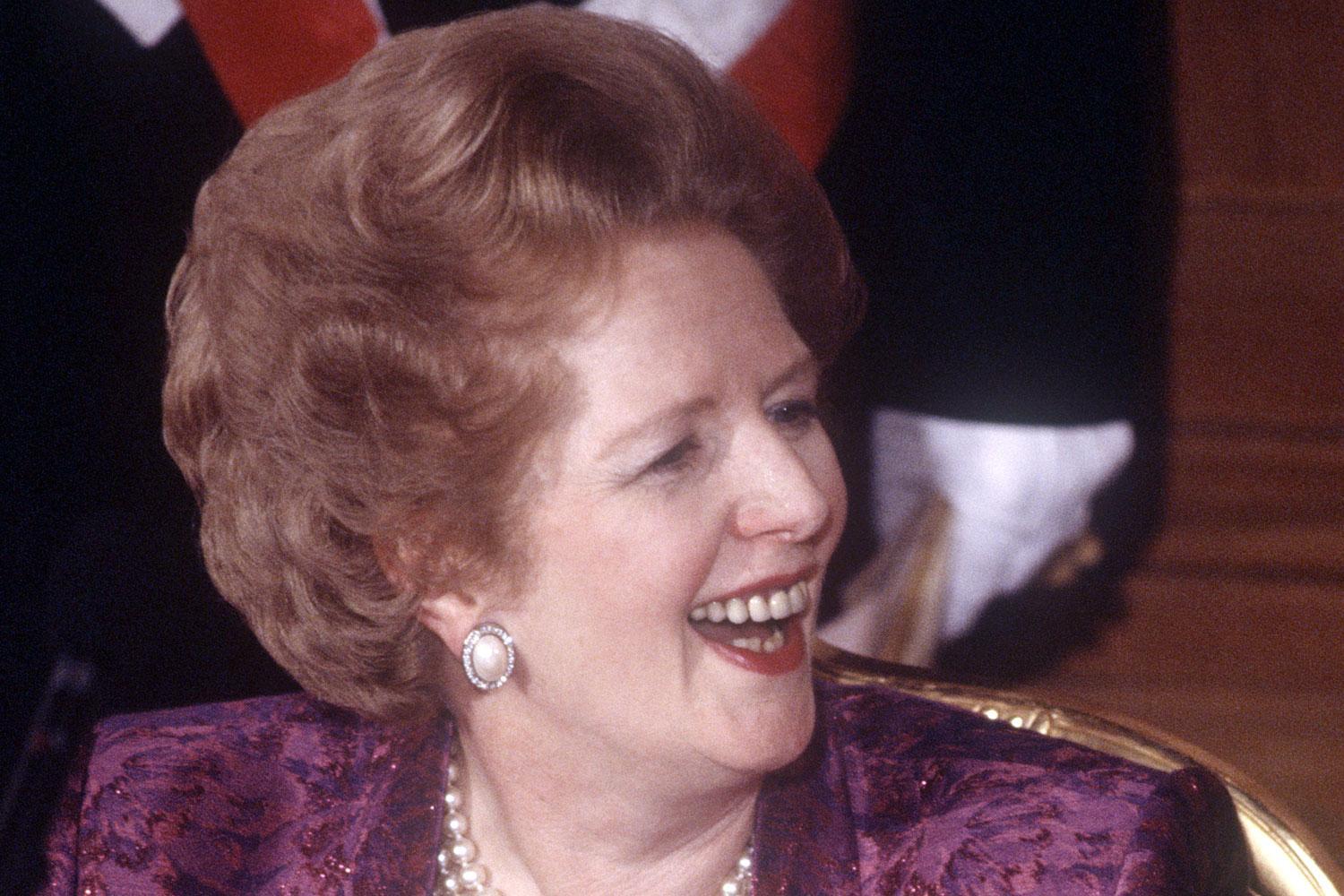 The leftists who bang on about gender equality, become defensive and attack Margaret Thatcher, simply because she was a Conservative.

No other leader in the western world has achieved what Maggie did, she had more balls than any man in parliament in the 1980s, she was a strong, independent woman who took no prisoners.

From the Iranian Embassy Seige in 1980 to the Falklands War and to the Miners Strikes in 1985, Maggie always held firm, responded with fire and never backed down often winning the argument, war or debate.

She wasn’t a lady who saw gender as an obstacle, she just got on with the job, and did it better than any man before her, or since.

Make no mistake, Margaret Thatcher was the ultimate woman in Politics, the whole 1980s era was defined by Thatcherism.

A woman who fought for Britain, fought for western democracy and our values, even when she was in the wrong with the poll tax, she still stuck to her guns.

There were no U-Turns under Thatcher’s fabulous dictatorship, it was her way or the high way.

She divided Britain but won the ideological war with the left and socialism.

Now that is a woman to celebrate.