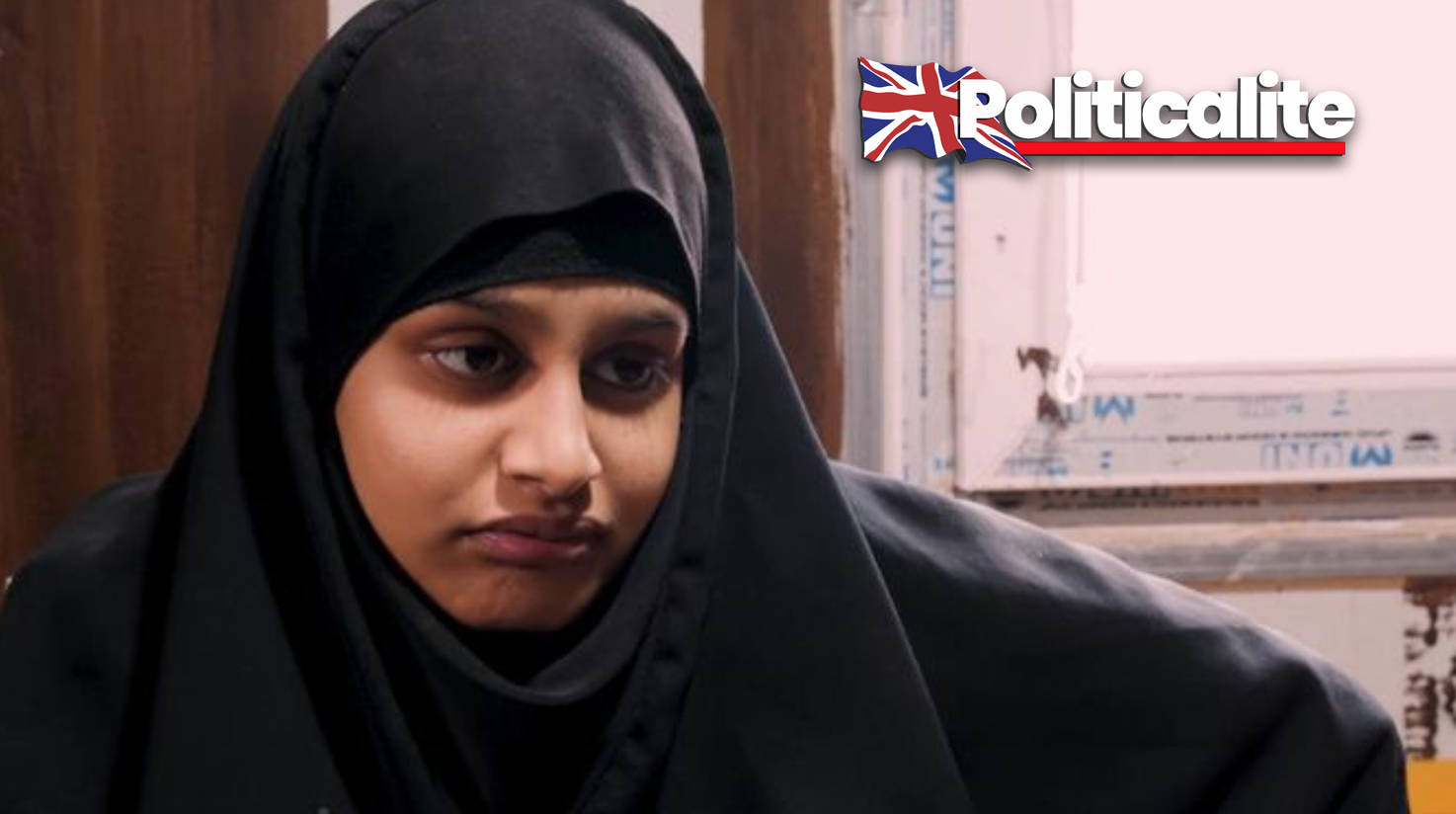 JIHADI Bride Shamima Begum “will immediately initiate an appeal” against a decision that revoking her British citizenship did not render her stateless, her lawyer has said.

Ms Begum, now 20, was one of three east London schoolgirls who travelled to Syria to join so-called Islamic State in February 2015.

She was found, nine months pregnant, in a Syrian refugee camp in February last year, prompting then home secretary Sajid Javid to strip her of her British citizenship.

Ms Begum took legal action against the Home Office at both the High Court and the Special Immigration Appeals Commission (SIAC), a specialist tribunal which hears challenges to decisions to remove someone’s British citizenship on national security grounds.

Her lawyers argued that the decision was unlawful as it rendered her stateless, and said the move breached the Home Office’s “extraterritorial human rights policy by exposing Ms Begum to a real risk of death or inhuman or degrading treatment”.

But, in a ruling on Friday, the tribunal – led by SIAC president Mrs Justice Elisabeth Laing – found that, at the time Ms Begum’s British citizenship was revoked, she was “a citizen of Bangladesh by descent” and was therefore not rendered stateless.

The tribunal found that the decision did not breach the Home Office’s policy on the extraterritorial application of human rights.

It stated: “The appellant was in that situation as a result of her own choices, and of the actions of others, but not because of anything the Secretary of State had done.”

The tribunal also found that Ms Begum “cannot play any meaningful part in her appeal and that, to that extent, the appeal will not be fair and effective”, but ruled that “it does not follow that her appeal succeeds”.

In a separate judgment, the High Court rejected Ms Begum’s challenge to the Home Office’s decision to refuse to allow her to enter the UK in order to effectively pursue her appeal.

In a statement, Ms Begum’s solicitor, Daniel Furner of Birnberg Peirce, said his client “will immediately initiate an appeal” against the decision “as a matter of exceptional urgency”.

He said the ruling “will be hard to explain to her”, adding: “The logic of the decision will appear baffling, accepting as it does the key underlying factual assessments of extreme danger and extreme unfairness and yet declining to provide any legal remedy.”

Mr Furner added: “The stark reality of her situation was brought before the court last year as a matter of exceptional urgency – how could she in any meaningful and fair way challenge the decision to deprive her of her nationality, a young woman in grave danger who had by then lost her three children?

“As matters stand, Ms Begum’s right to pursue an appeal against the Home Secretary’s deprivation of her citizenship has been in effect rendered meaningless.”

A Home Office spokeswoman said: “The Government welcomes the judgment of the Special Immigration Appeals Commission on these preliminary issues.
“It would be inappropriate to comment further whilst legal proceedings are ongoing.”

Ms Begum, then aged 15, was one of three schoolgirls from Bethnal Green Academy who left their homes and families to join IS, shortly after Sharmeena Begum – who is no relation – travelled to Syria in December 2014.

Ms Begum claims she married Dutch convert Yago Riedijk 10 days after arriving in IS territory, with all three of her schoolfriends also reportedly marrying foreign IS fighters.

She told the Times last February that she left Raqqa in January 2017 with her husband but her children, a one-year-old girl and a three-month-old boy, had both since died.