STACEY SOLOMON: "It’s about what you want for this country and the people in it.” 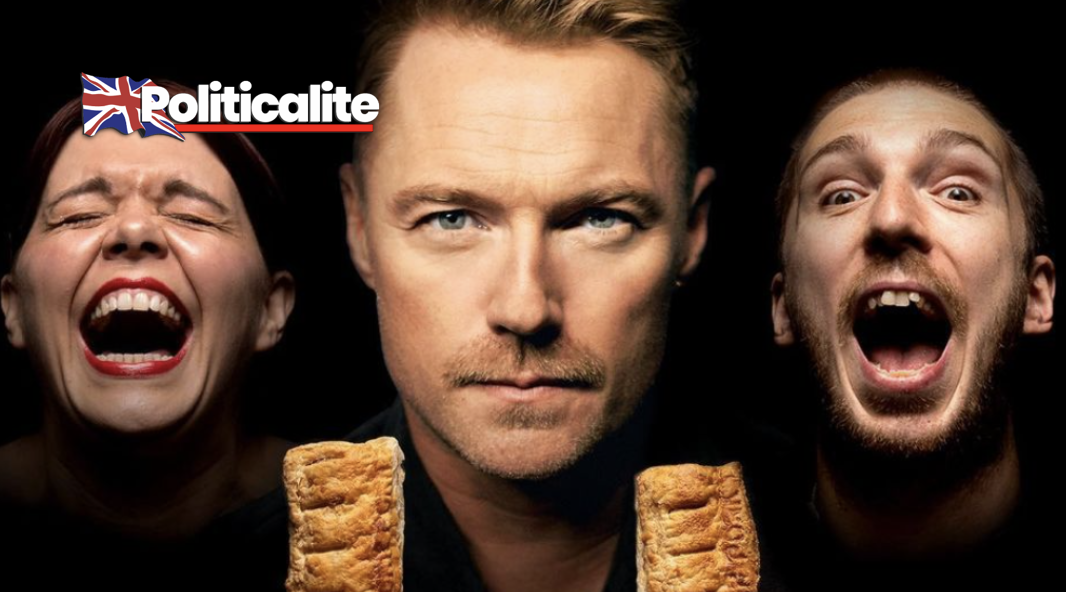 LAD Baby has claimed the Christmas number one single for the third consecutive year.

Mark Hoyle and his wife Roxanne (LadBaby Mum) have scored this year’s top chart spot with the song Don’t Stop Me Eatin’, according to the Official Charts Company.

The song is raising money for food bank charity The Trussell Trust.

Speaking on Christmas Day, Hoyle told the Politicalite “We started this three years ago as a bit of fun and to raise money for a good cause.

He said they had been inspired to support The Trussell Trust as Roxanne’s mother has been a long-time supporter of the charity.

He explained: “We always heard the stories about food banks and the families that went there and how bad the situation is here in the UK for the amount of people relying on foodbanks and I think it’s one of those things that about four, four-and-a-half years ago we were in a very different position to what we are now.

The duo also recorded a version of this year’s song, which is a light-hearted rendition of Journey’s hit Don’t Stop Believing featuring sausage rolls, with Ronan Keating.

The Official Charts Company says the single has enjoyed the biggest opening week for a single this year and has also become the fastest selling single in more than three years.

They added that LadBaby has now matched a joint record held by The Beatles and Spice Girls, who are the only other musical acts to score a hat-trick of consecutive Christmas number ones.

LadBaby previously landed Christmas number ones with 2018’s We Built This City… On Sausage Rolls and last year’s I Love Sausage Rolls.

But, the Charts Company said this year’s song is the biggest number one yet of the three.

LadBaby fended off competition in the festive singles charts from Mariah Carey’s All I Want For Christmas Is You, which lands in second position with Wham! hit Last Christmas in third position.