OLIGARCHS ARE OVER: Gov't 'Open to Chelsea Sale' if Abramovich Does Not Profit
Advertisement 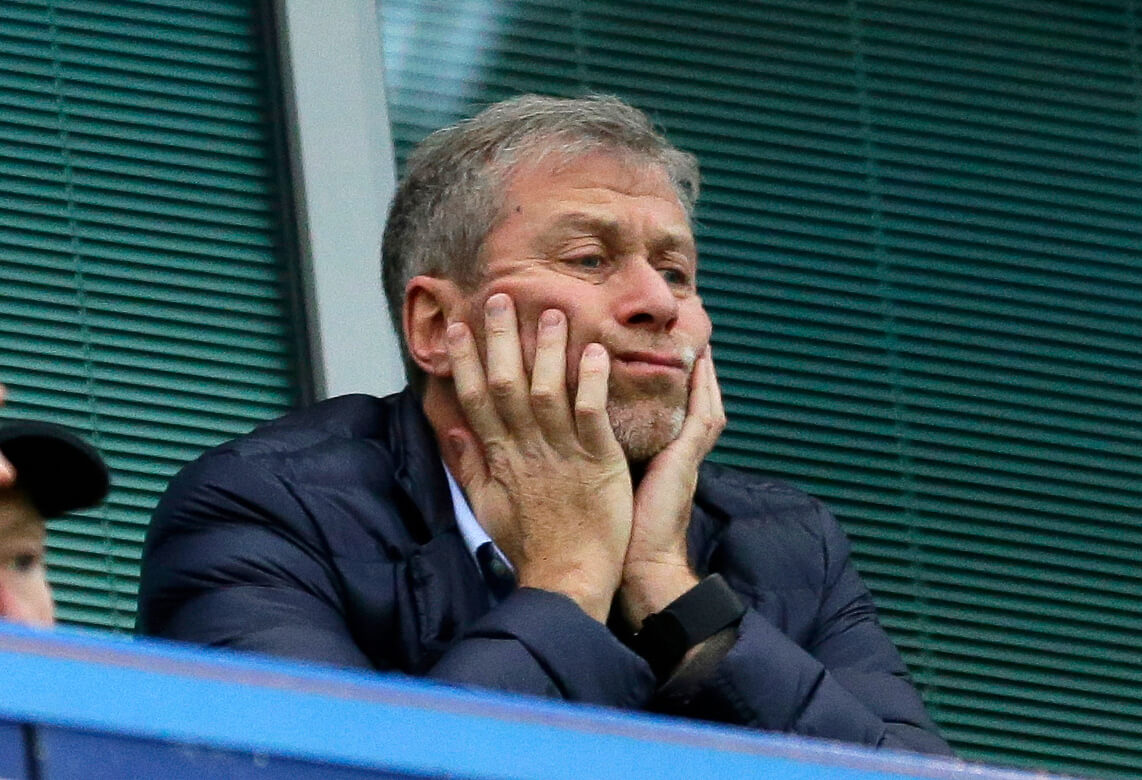 BORIS Johnson’s government is open to the sale of Chelsea F.C. football club, if Russian Oligarch owner Roman Abramovich does not profit from the sale.

The move comes despite sanctions freezing the assets of the billionaire crony of Russian tyrant Vladimir Putin who is waging war on Ukraine after decades of peace in Europe.

The Treasury would still have to approve a new licence for Chelsea’s sale.

Mr Abramovich has owned Chelsea since 2003 but put the club up for sale on March 2 in the wake of Russia’s continued invasion of Ukraine.

The UK government sanctioned Abramovich on Thursday amid ties to Vladimir Putin, that the Chelsea owner has always strongly denied.

A host of parties have signalled interest in buying Chelsea and Downing Street have now confirmed the Government could still oversee a sale.

Prime Minister Boris Johnson’s spokesman said: “We are now talking to Chelsea Football Club and those conversations will continue. It would be part of those discussions the terms of any specific licence that’s granted to allow any sale to proceed.

“The important thing is under no circumstances would any sale allow Roman Abramovich to profit from that or take any money from that sale.

“It’s fair to say the Government is open to the sale of the club but currently it would require another licence and that would require further conversation with the Treasury and other departments.”

Chelsea will be subject to a transfer ban and be blocked from negotiating new contracts with current players, after all of Abramovich’s UK assets were frozen.

Defenders Cesar Azpilicueta, Antonio Rudiger and Andreas Christensen are all out of contract at the end of the season, leaving the senior trio in a state of short-term limbo.

But manager Thomas Tuchel has reiterated his commitment to the club, telling broadcasters ahead of Thursday’s match with Norwich: “Actually, I’m not sure I am concerned, but I am aware of it.

“I don’t have another answer for you. Relief would mean we struggle with all the information and news out there. It is a big change from yesterday to today. At the moment it seems on the football side it is almost protected.

“I feel privileged to have the chance to be involved in games, coaching and football that I love.”

Culture Secretary Nadine Dorries said on Twitter: “Our priority is to hold those who have enabled the Putin regime to account.

“Today’s sanctions obviously have a direct impact on Chelsea and its fans. We have been working hard to ensure the club & the national game are not unnecessarily harmed by these important sanctions.

“To ensure the club can continue to compete and operate we are issuing a special licence that will allow fixtures to be fulfilled, staff to be paid and existing ticket holders to attend matches while, crucially, depriving Abramovich of benefiting from his ownership of the club.

“I know this brings some uncertainty, but the Government will work with the league and clubs to keep football being played while ensuring sanctions hit those intended. Football clubs are cultural assets and the bedrock of our communities. We’re committed to protecting them.”

Abramovich has changed the face of British football in his time as Chelsea owner, leading the Blues to 21 trophies in 19 years in a clean sweep of all global competitions.

But that era has been brought to a halt amid Putin and Russia’s war in Ukraine.

Chelsea cannot sell any new tickets to supporters, but all tickets sold before March 10 will be honoured.

The sanctions are club-wide meaning all Chelsea teams, including Emma Hayes’ highly-successful women’s team, are affected.

Chelsea matches can still be broadcast, while only existing club merchandise can be sold. There are also limits on the amount that can be spent on travel by any team representing Chelsea – £20,000 – and on costs for staging home matches – £500,000.

The travel budget limit had brought into question the club’s ability to fulfil away ties in Europe for the rest of the season, but Politicalite understands that there is a degree of flexibility on the limits set out in the licence, particularly around European fixtures.

The Blues said in a statement they were seeking permission for the licence to be amended “in order to allow the club to operate as normal as possible”.

The club and the Premier League confirmed Thursday night’s match against Norwich would go ahead as planned.

British billionaire Nick Candy was the latest high-profile business magnate to throw their hat into the ring for Chelsea’s sale, amid a host of suitors for the Champions League holders.

Swiss tycoon Hansjorg Wyss and American investor Todd Boehly were also in the running, with more than 10 credible parties understood to have been compiling bids.

The Chelsea squad will continue to prepare for Thursday’s Premier League clash at Norwich as normal, but everyone at the club will now set about examining the details of the current situation.

Chelsea’s shirt sponsor, telecommunications company Three, has suspended its deal with the club.

This includes the removal of the brand logo from shirts and around Stamford Bridge until further notice.

A company spokesperson said: “We recognise that this decision will impact the many Chelsea fans who follow their team passionately. However, we feel that given the circumstances, and the Government sanction that is in place, it is the right thing to do.”

Politicalite Three is in discussions with Chelsea regarding whether the branding will be on the club’s shirts against Norwich on Thursday night.

The three-year deal was announced in January 2020, with the company logos appearing on shirts from the start of last season.